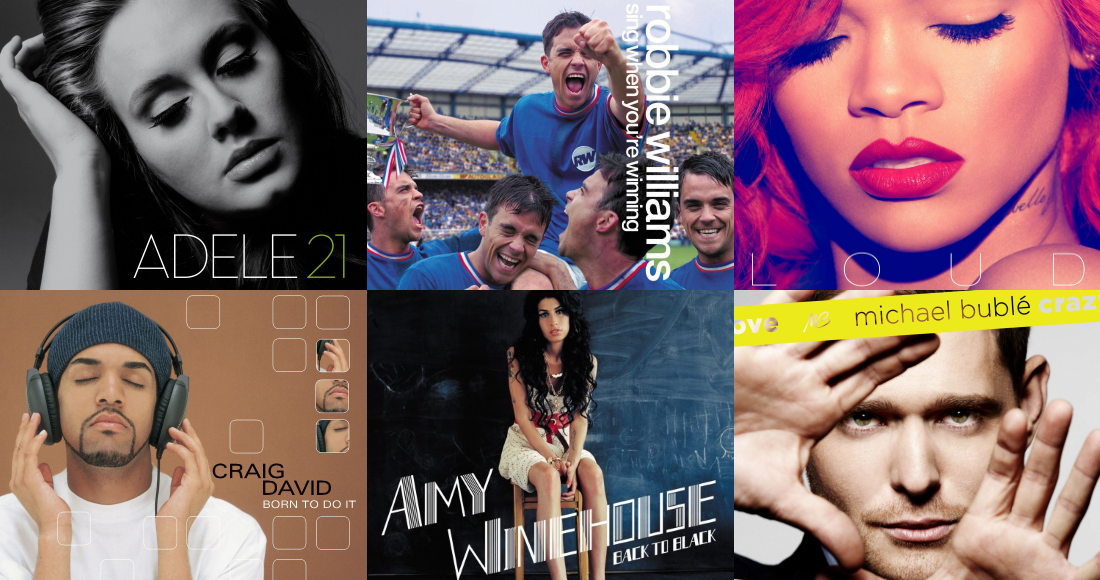 Adele’s 21 is the biggest selling artist album of the millennium to date, the Official Charts Company can reveal. The singer-songwriter’s second studio album – which spent an impressive 23 weeks at Number 1 - has sold nearly 4,740,000 copies in the UK to date.

Amy Winehouse’s Back To Black earns the Number 2 spot with sales of over 3,560,000 since its 2006 release. The former Official Albums Chart Number 1 spawned five Top 40 singles including Rehab, You Know I’m No Good, Back To Black, Tears Dry On Their Own and Love Is A Losing Game.

In at Number 3 is James Blunt’s debut LP Back To Bedlam, which counts 3,310,000 sales this millennium. The album spent 10 weeks at the Official Albums Chart summit, racking up a total of 40 weeks in the Top 40.

Of the Top 50 Official Biggest Selling Artist Albums of the Millennium, only two were released before the year 2000 - David Gray’s White Ladder and ABBA’s Gold – Greatest Hits, which sit at Numbers 8 and 19, respectively.

Only 39 albums have passed the 2 million UK sales mark this millennium, with the latest addition to the list, Ed Sheeran’s X, tipping over just this week.

Check out the full Top 50 Official Biggest Selling Artist Albums of the Millennium so far below: