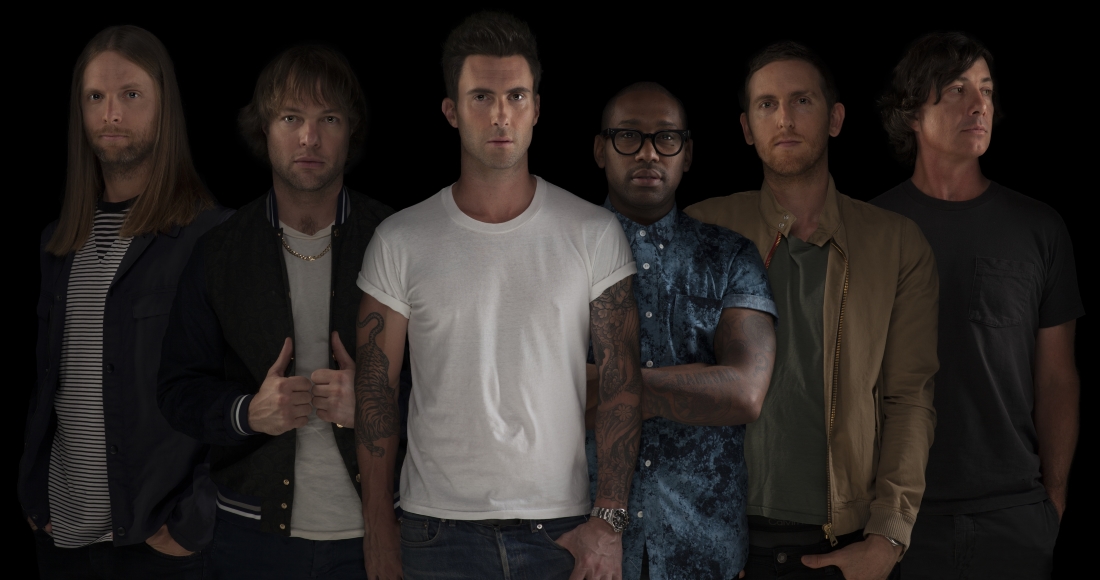 Maroon 5 are a Los Angeles-founded pop rock band, fronted by singer Adam Levine. They claim one of the best-selling singles never to top the UK Official Singles Chart in Moves Like Jagger, which peaked at 2 for seven weeks in autumn 2011 and sold over 1 million copies.