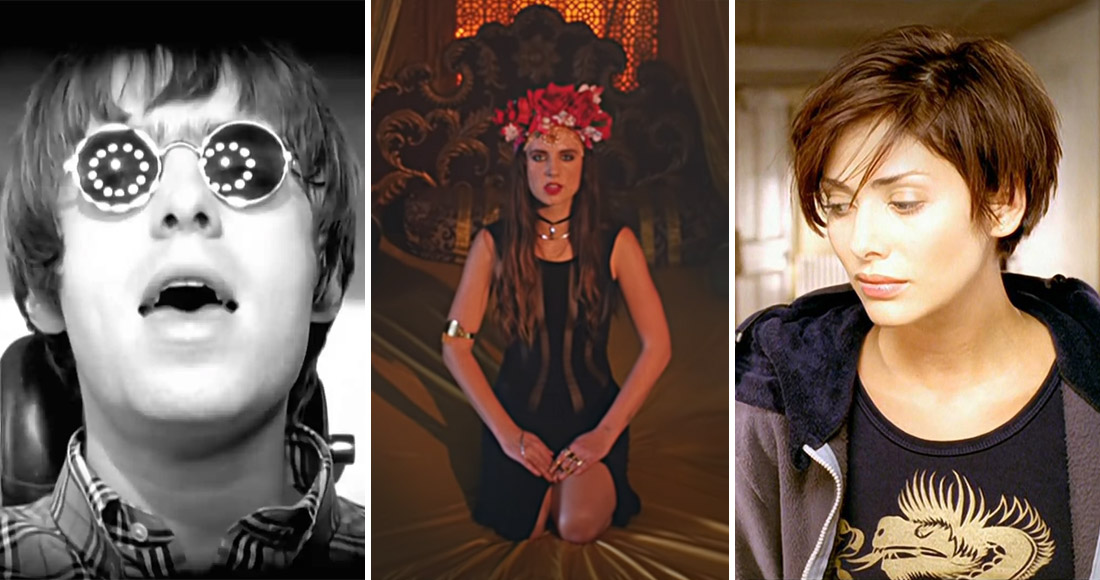 Settling for your song peaking at Number 2 on the charts has got to be the ultimate gear-grinder for a musician. Even when success has come unexpectedly or out-of-the-blue, it's hard not to take being pipped at the final post personally.

It doesn't have to be the end of the story, though; some of the most successful songs of all time topped out at Number 2 on the Official Singles Chart. We look at the some of the most notable below, before revealing every Number 2 in UK chart history at the bottom of the page.

"Kiss me 'til you're drunk" was a lyric probably taken quite literally during office parties in 2011 as Moves Like Jagger was truly inescapable. After meeting on the US version of The Voice, Adam Levine and Xtina formed an unlikely collaborative force, shifting over a million downloads of their ode to the Rolling Stones frontman's signature moves.

But the Number 1 it did not reach. During its seven-week spell in second place, chart-toppers were claimed by Example, Pixie Lott, One Direction, Dappy, Sak Noel and Rihanna. Look back at Moves Like Jagger's week-by-week chart run here.

While lesser remembered songs of Oasis' like Lyla and Go Let It Out made it to Number 1 (view Oasis' Official UK Chart history here), one of their most beloved songs, Wonderwall, never reached the helm of the Official Singles Chart. The song that beat it to Number 1 - Robson & Jerome's double A-side I Believe/Up On The Roof - must have stung that bit harder for the band. Though in fairness, it was the fourth single from their (What's The Story?) Morning Glory album.

One of the best-selling covers of all-time, Natalie Imbruglia's take on the Ednaswap original turned the former Neighbours actress into a global star, while also shifting over a million copies in the UK. Aqua's Barbie Girl kept Nat out of the chart penthouse, although to be fair to Aqua, Barbie Girl also went on to become one of the UK's all-time best sellers.

A mega streaming hit that never quite hit the big time, Major Lazer's Lean On ft. MØ spent eight weeks climbing up the Top 10 only to peak at Number 2, kept off the top spot by Jason Derulo's Want To Want Me.

MORE: The acts with the most Number 2s on the UK's Official Singles Chart

Rule The World - Take That

When Take That released Rule The World, it was a three horse race for Number 1 between fellow boyband McFly with The Heart Never Lies and Leona Lewis' Bleeding Love. Despite Rule The World being hugely popular, The X Factor was even bigger, and the show combined with Lewis' star power took Bleeding Love straight to Number 1, keeping Take That at Number 2 for four weeks.

Out Of Your Mind - True Steppers and Dane Bowers ft. Victoria Beckham

Victoria told us on her first solo outing that "this tune's gonna punish you", but ultimately it was Vic who would suffer more when the track missed the top spot, making her the only Spice Girl not to score a solo Number 1. Out Of Your Mind, a garage-pop banger with True Steppers, lost out on a highly publicised chart battle with Spiller's Groovejet, on which Sophie Ellis-Bextor sang the vocals. It sold 180,884 copies week one, with Spiller's Groovejet (If This Ain't Love) pipping it to the post.

It wasn't even particularly close in the end, with Spiller finishing 22,000 sales ahead. Still, Posh does have bragging rights over Scary, Baby, Sporty and Ginger: Out Of Your Mind is the fastest-selling single from any member of the Spice Girls. See where all of Victoria's singles charted here.

Despite being the best-selling single of 2010, Love The Way You Lie never reached Number 1. Eminem and Rihanna were Number 2 for four non-consecutive weeks, each week being beaten to Number 1 by a different song: We No Speak Americano by Yolanda Be Cool vs D Cup; Flo Rida's Club Can't Handle ft. David Guetta; Green Light by Roll Deep; and Taio Cruz's Dynamite.

LTWYL is Eminem's second-biggest song in the UK, finishing behind Lose Yourself. View Eminem's 40 biggest songs in the UK here.