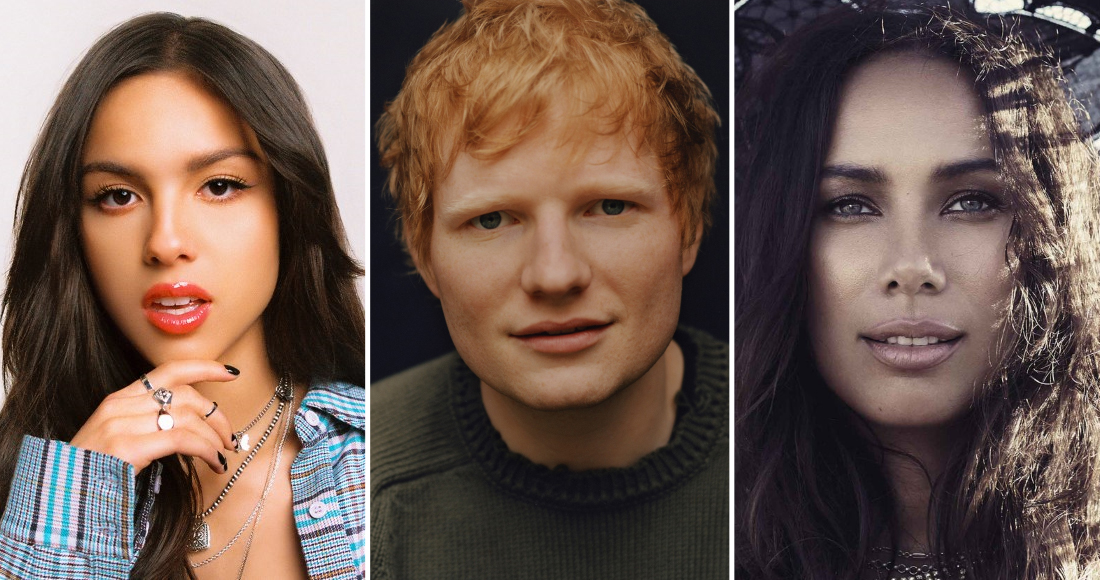 Sampling in pop music is nothing new. In a world where there are only a finite number of chords and notes to compose music to, this is no big surprise.

In fact, for as long as there has been pop music, there have been artists lovingly riffing and lifting from what has come before them to either put a new spin on it, improve it or even try to turn it into something new.

But sometimes the influence on a song can be a tricky thing. Rolling Stone has reported that Olivia Rodrigo's Deja Vu now lists Taylor Swift, Jack Antonoff and St. Vincent as co-writers, due to a (self-confirmed inspired) nod to Taylor's fan favourite track Cruel Summer, so similar in fact that the trio are now being credited post-release.

With this in mind, we've listed below some more instances where popular songs have credited samples from earlier hits in retrospect.

Olivia Rodrigo has made no secret that she's a massive Taylor Swift fan. So the retrospective addition of Taylor and co-writers Jack Antonoff and St. Vincent (who wrote Cruel Summer, the perky second track of 2019's Lover) is interesting.

Olivia herself openly stated to Rolling Stone that her heavily vocodered vocals in the bridge and outro to Deja Vu (which peaked at Number 4 on the Official Singles Chart) were inspired by a similar technique used in Cruel Summer (which hit Number 27 upon Lover's release but was never officially released as a single). Neither Olivia nor Taylor or her co-writers have commented on the news. Taylor and Antonoff also share credits on another song from Sour; album track 1 step forward, 2 steps back, which directly samples Reputation's closing ballad New Years Day.

When Ed Sheeran first released Shape Of You -  the blockbuster lead single from his third album ÷ - fans thought they were hearing something familiar. The something, it turned out, was the melody to TLC's iconic No Scrubs.

While Shape of You was originally dropped with just Ed Sheeran, Johnny McDaid and producer Steve Mac listed as writers, two months after its release the credits were changed to include No Scrubs scribes Kandi Burruss, Tameka Cottle and Kevin "She'kespere" Briggs.

MORE: Poppelgangers - songs that sound a bit like other songs

Robin Thicke feat. Pharrell and TI - Blurred Lines
Song sampled: Marvin Gaye - Got To Give It Up
Released: 2013

Probably the most famous case of a song's sample being credited in retrospect, there was an entire legal battle fought over whether Robin Thicke and producer Pharrell had sampled Marvin Gaye's classic Got To Give It Up for the controversial Number 1 hit Blurred Lines, which also featured rapper TI.

The estate of the late Marvin Gaye won their case in court as Thicke and Pharrell were found to be in violation of copyright infringement. As such, Gaye was awarded a posthumous writing credit on the track, with royalties granted to his estate.

Maroon 5's slinky What Lovers Do, featuring R&B singer SZA, was a summer smash for the group in 2017, peaking at Number 12 on the Official Singles Chart. But Swedish singer NEIKED (real name Victor Rådström) thought the song sounded rather familiar. The year prior, NEIKED had received his first (and so far only) UK Top 10 when Sexual featuring Dyo peaked at Number 5 on the Official Singles Chart.

The singer would snarkily post about the two songs' similarities on social media, but all's well that end's well, as Rådström is now officially credited on the song, alongside Dyo and co-writer Elina Stridh.

A rare case where some confusion over a song's sample actually lead to its release being changed. Leona Lewis was gearing up to release Collide, the dance banger which was, at the time, the lead single to her upcoming third album, Glassheart. But after a little controversy, the song didn't make it onto the album at all.

Collide sampled then-up-and-coming DJ Avicii's track Fade Into Darkness, which itself samples Penguin Cafe Orchestra's Perpetuum Mobile. Following the song's debut on radio in July 2011, there was a brief controversy where Avicii accused Lewis and Syco, her label at the time, of plagiarism. Leona tweeted in response saying that Avicii was always aware of the sample and publishing rights splits had been agreed, before Avicii rebutted the claim, saying: "Thanks for accusing me of lying and speaking on my behalf. Since we never met or even spoke, please let me and my manager know who told you that." Awks.

Thankfully, this was all cleared up and by the time Collide was released properly on 22 August 2011, Avicii was credited as a main artist alongside The X Factor winner herself, with the two happy to "focus on having a hit together". Collide went on to do just that and peak at Number 4 on the Official Singles Chart.