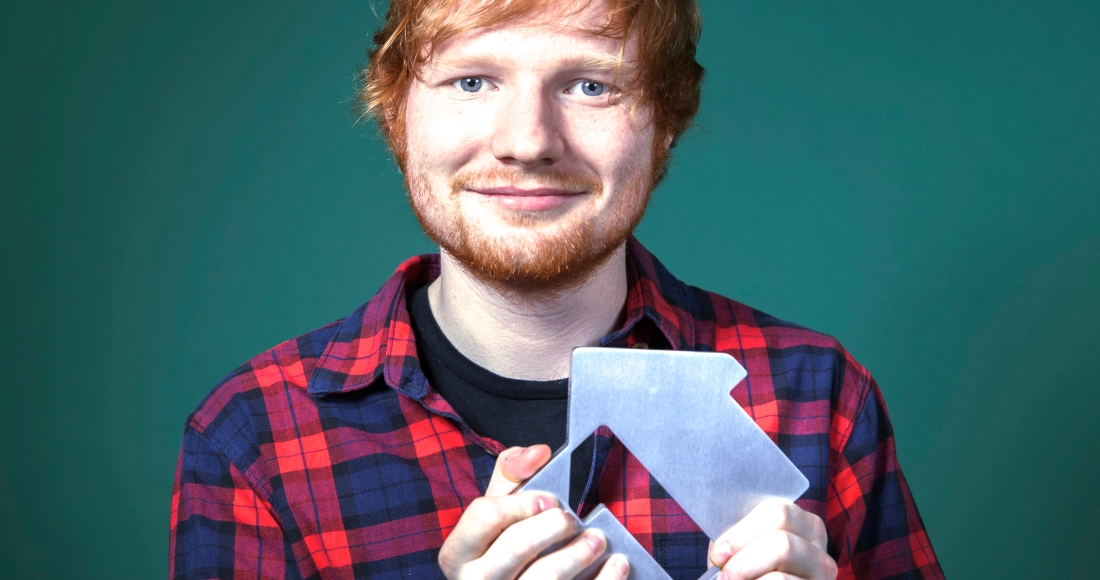 Ed Sheeran was born on February 17 1991 in Hebden Bridge, Yorkshire, but raised in Framlingham, Suffolk, and emerged as a striking new talent with his debut album + in 2011. Ed's first Number 1 single came in 2014 with Sing, co-written and produced by Pharrell Williams, kicking off an incredible run of chart-topping success across the decade and rise to global superstardom. Ed famously "broke the chart" in 2017 when the release of his Divide album triggered all 16 songs from the album to flood into the Official Singles Chart. Chart rules have since changed to limit number of entries per artist in the Top 40, making it impossible for such an occurrence to happen again, but Ed will likely hold the record forevermore of the artist with the most simultaneous entries in the Official Chart Top 40. In December 2019 the Official Charts Company crowned Ed as the Official Number 1 Artist Of The Decade 2010-2019, for racking up the most Number 1s across the Official Singles and Albums Chart (12 by the end of the decade), and the most weeks at Number 1 (79 weeks).