With our finger on the beating pulse of the British record-buying, digital downloading, music streaming public - OfficialCharts.com is about what's hot now, officially.

The UK's most authoritative site, quite literally, brought to you by the Official Charts Company, the music industry-appointed creators and guardians of the UK's Official Charts, as heard and seen on BBC Radio 1, MTV, Music Week, The Sun, Daily Mail, Daily Star, NME, and many more.

This site enables a broad range of brands to reach an active, engaged and influential audience through a variety of advertising solutions and packages. These are sold for OfficialCharts.com by our advertising sales partners SKY Media and In Skin Media.

Now home to 2.5 million of the biggest, most dedicated, UK chart and music fans monthly (including 1.34 million UK users), whose audience grew 12 times faster than the average entertainment news site in 2013.* 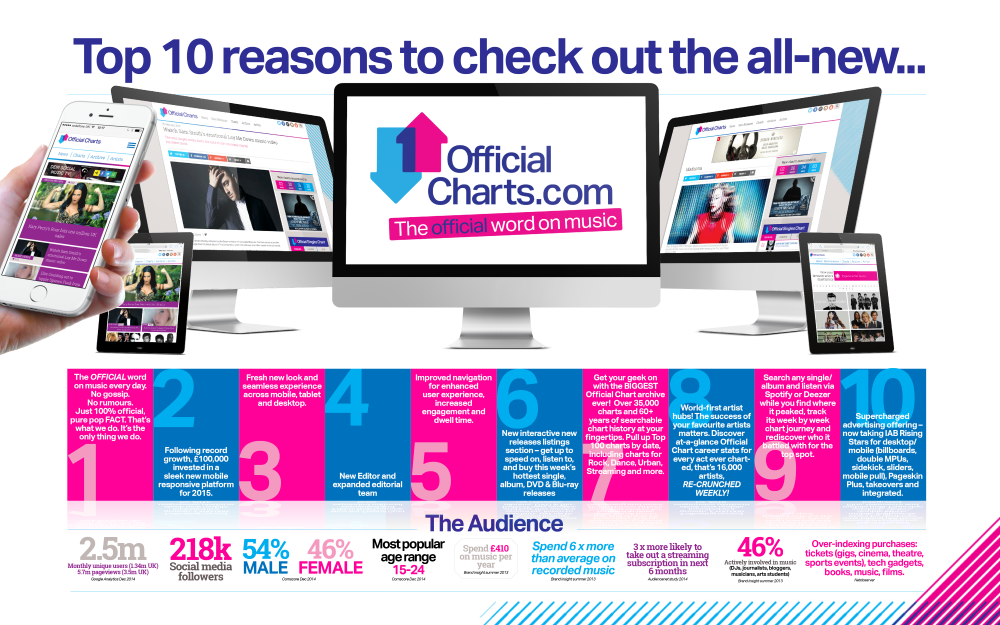 Our users are passionate, actively engaged, high-spending music fans who value OfficialCharts.com as a trusted information resource.  54% males, 46% female, they spend £410 a year on music and splurge six times the annual average on recorded music.

Official Charts users are 3 times more likely to take out a streaming subscription in the next six months, plus 50% of users spend just under £200 a year on live music.**