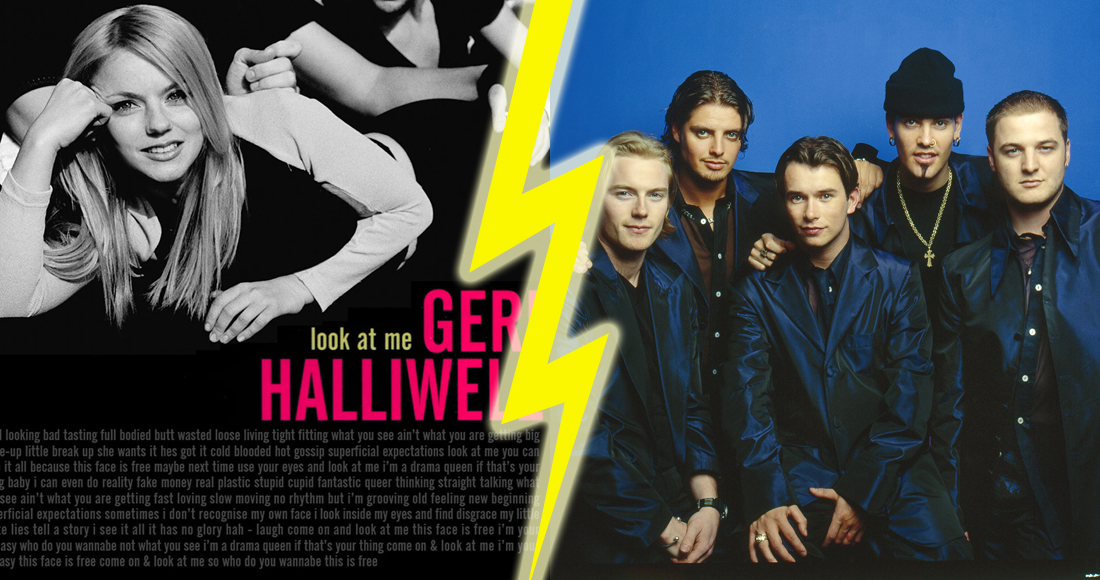 The recent tussle for Number 1 between Saint Jhn' Roses and The Weeknd's Blinding Lights went down to the wire, with just 210 chart sales separating the two on this week's chart (March 20-26).

It's the closest chart battle for some time, but certainly not first time in the Official Chart's 68-year history that the race for the top spot has gone down to a photo finish. Since 1994 - where weekly charts and sales figures have been logged digitally and most comprehensively (capturing 99.9% of singles consumed in the UK) - there have been some seriously close races for the top spot...

After a nine-week hike up the Top 10 to claim their first Number 1 single, All Saints were very nearly pipped to the post on its victory week, finishing a nail-biting 557 sales ahead of a seriously popular new entry by short-lived British house act Bamboo. See the full Top 100 Official Singles Chart from this week here.

After a frustrating few weeks stuck behind Rihanna's Umbrella and Timbaland's The Way I Are, Kate Nash's closest shot at the top came in its sixth week on the chart, when it finished just sixteen sales behind Timbaland. Let's hope she's not bit-tuh about it. View the full Top 100 from this week here.

Never underestimate the power of a boyband. Despite all signs pointing Geri heading for her first Number 1 as a solo artist with Look At Me, she just missed out, with 142,153 sales to Boyzone's 142,901. See what else was in the chart that week here.

Sandi Thom's runaway debut single was knocked off the summit after one week, but only just, toppled by Nelly's stompathon Maneater by only 186 copies. Read more about Maneater's rise to Number 1 here.

Danish soul-pop band Lukas Graham didn't give up their chart crown easily in March 2016. After five weeks at Number 1, the top spot was taken from them by Mike Posner by only 216 combined sales.

Eminem - Like Toy Soldiers Vs. Elvis Presley - Are You Lonesome Tonight? (2005)

Remember when all of Elvis's Number 1 singles (18, to be exact) were reissued once a week every week from the start of 2005? Many artists struggled to compete with the King's chart power as they all landed in the Top 5, but one artist who (just) managed to beat him to the top was Eminem with his Matika-sampling Like Toy Soldiers.

Sales difference: 334 copies between the Top 3

Music sales were down significantly in 2006 as the age of downloading was yet to take hold, but this Top 3 is still eye-wateringly close. US pop-rock band Orson snagged the Number 1 with their debut single No Tomorrow, just 329 copies ahead of Chico, while Black Eyed Peas were perched behind him by just five sales. See the full Top 100 Official Singles Chart from that week here.

Rudimental spent seven consecutive weeks playing second fiddle to Drake through February and March 2018, before finally taking the top spot at the very end of that month. The week in which their sales were closest, just 937 chart sales separated the two tracks.