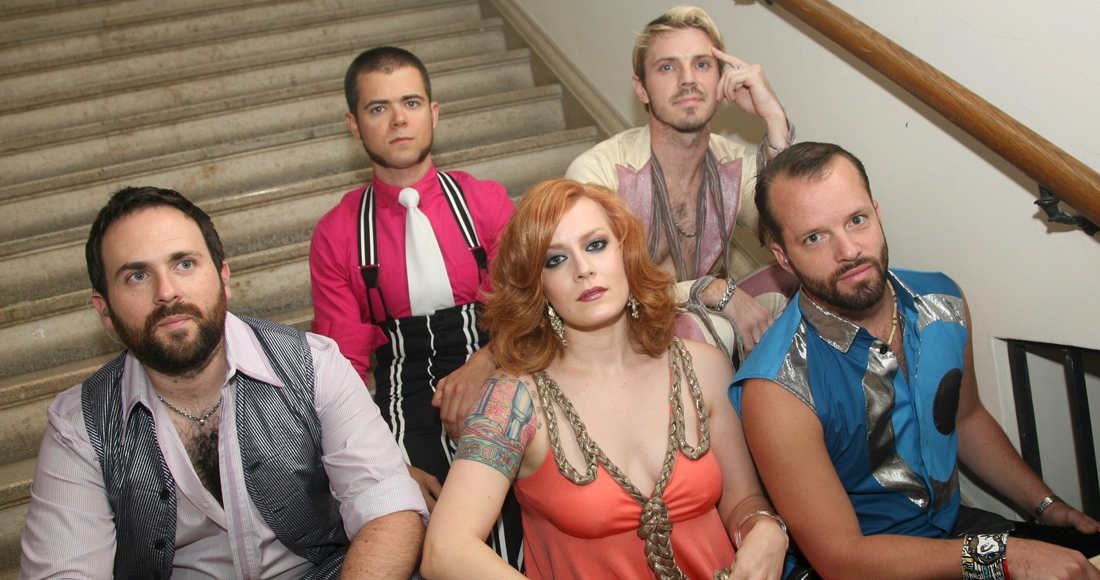 Scissor Sisters are an American pop and rock band formed in New York City in 2001. Scissor Sisters began life when singer and songwriter Jake Shears (born Jason F. Sellards in Mesa, Arizona on October 3, 1978) met musician and songwriter Babydaddy (born Scott Hoffman in Houston, Texas on September 1, 1976) in Lexington, Kentucky in 1999, and moved to New York City the following year. The two of them soon met singer, songwriter, entertainer and DJ Ana Matronic (born Ana Lynch in Portland, Oregan on August 14, 1974). Ana invited Jake and Babydaddy to perform at her cabaret club Knock Off, joining the boys onstage to sing along, leading to her being invited to join them. Scissor Sisters’ core line-up was completed by the arrival of guitarist Del Marquis (born Derek Gruen on August 31, 1977 in New York City). The band released their debut single Electrobix in 2002, but attention was given to its B-side, a cover of Pink Floyd’s Comfortably Numb, which led to them moving to the UK where they thought they’d go down better. Scissor Sisters’ self-titled debut album was a UK Number 1 in 2004, and became the biggest selling album of the year. Scissor Sisters scooped three BRIT Awards in 2005 for Best International Act, Best International Album and Best International Breakthrough. Scissor Sisters’ biggest single success came with the 2006 UK Number 1 I Don’t Feel Like Dancin’, taken from the follow-up album, and second chart-topper Ta-Dah! The band announced an indefinite hiatus in 2012, emerging just once to record a song with singer MNDR called Swerlk in 2017, with Shears promising in 2019 that one day they will return. Image: Shutterstock