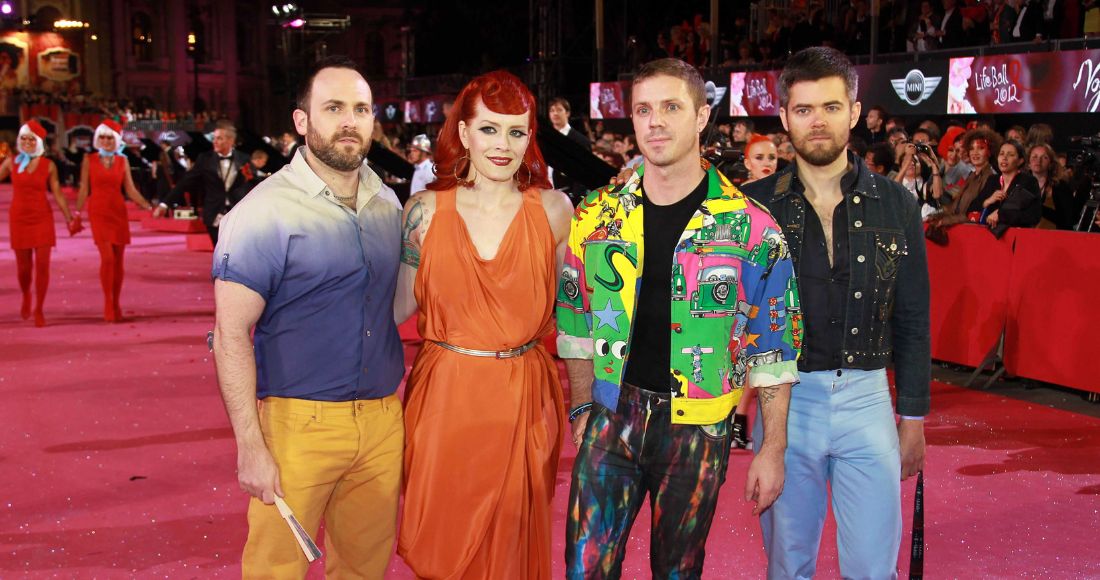 Scissor Sisters have just inked a landmark deal with Warner Chappell Music to oversee the "re-invigoration" of the band's legacy.

The American indie-pop group have been inactive since 2012, and with no new music in sight, the quartert - comprised of Jake Shears, Ana Matronic, Babydaddy and Del Marquis - have moved to introduce their wider back catalogue to a new generation.

It's also been announced that the group have signed with Fascination Management (who look after Jessie Ware and Steps and oversaw the careers of The Saturdays and for a time Girls Aloud) as their legacy managers.

Speaking of the new deal, Jake Shears said: "Babydaddy and I are really proud of all the music we’ve created together and couldn’t be happier to have Warner Chappell Music looking after our songs going forward."

On what the plans for this new stage in band's career holds, Shears added: "The worldwide team have some really awesome and ambitious ideas of how they’ll reinvigorate our catalogue and we can’t wait to see what they do."

Emily Foreman, creative manager at Warner Chappell Music UK, added: “Scissor Sisters are such an iconic name in dance and pop culture and their early songs still sound as fresh and innovative as they did when they first came out. I’m honoured that we’ll represent these classic records at Warner Chappell Music and I’m looking forward to finding ways to connect their songs with new audiences.”

While Peter Loraine of Fascination added: "“It was an honour to be asked by the band to caretake, nurture and develop their business. Their catalogue of music and visuals is first class and has so much potential. I worked with the band during my years at Polydor, so to be reunited professionally is a dream come true.”

In their time as an active band, Scissor Sisters achieved two UK Number 1 albums (2004's self-titled debut and 2006's Ta-Dah!) while they reached the summit of the Official Singles Chart only once, with I Don't Feel Like Dancing.

With their breakout in the early 00s, the New York imports found far greater success in the UK than they ever did their native US. With a kitschy, queer aesthetic, they became known with kooky tracks such as Laura, Take Your Mama and Filthy/Gorgeous.

It was with 2006's gloriously OTT Ta-Dah! that they found their greatest success, 2010's Night Work saw the band link-up with Stuart Price (Madonna, Kylie Minogue) for a nu-disco record a good decade before Dua Lipa ushered in Future Nostalgia, while 2012's Magic Hour contained the shimmering single Only The Horses, produced by Calvin Harris.

That would prove to be the band's final hit in the UK, peaking on the Official Singles Chart at Number 12.

Since Scissor Sisters entered an indefinite hiatus, front-man Jake Shears has most famously gone on to forge a solo career - so far only issuing one album, 2018's Jake Shears, with reached the Official Albums Chart Top 20.