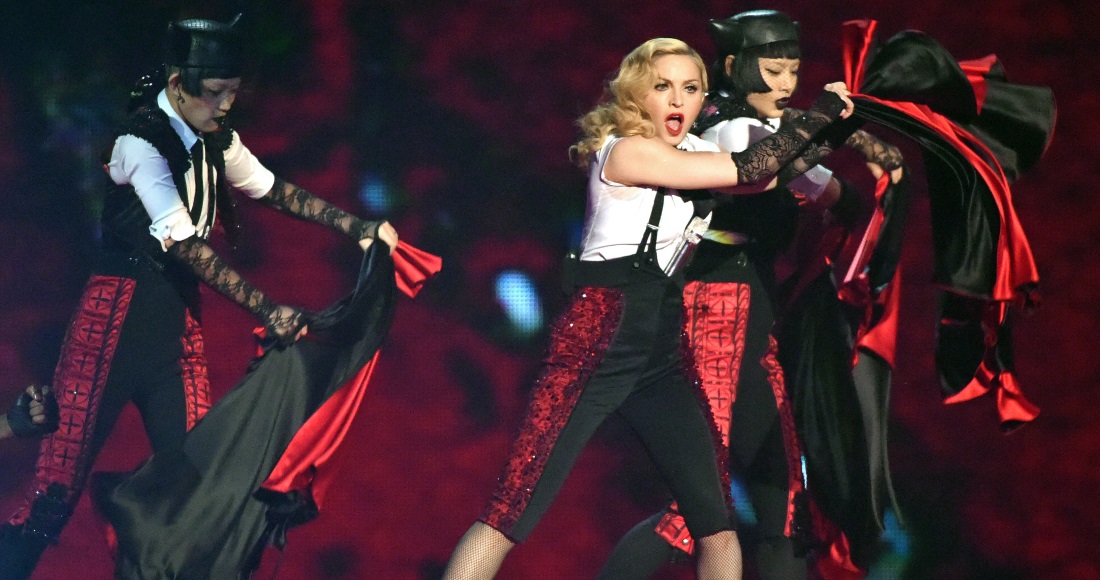 2015 saw a big change for the BRIT Awards – after four consecutive years as host, James Corden stepped aside and handed the presenting baton to Ant & Dec, the first time the duo had fronted the show since 2001.

Winner of the previous year's Critics' Choice Award, Sam Smith had the biggest clutch of nominations, with five nods, for British Album with debut In the Lonely Hour, Video and Single for Stay With Me, British Male, and British Breakthrough. Close behind were Ed Sheeran, George Ezra and Royal Blood with four nominations apiece. But who would take home the Tracey Emin-designed statuette? Let's see!

Taylor Swift was having a huge year thanks to the release of 1989 in 2014 (stay with us) and she opened the show with a stylish rendition of its biggest hit Blank Space, before the first award of the night went to Ed Sheeran for British Male, presented to him by Rita Ora and Orlando Bloom. 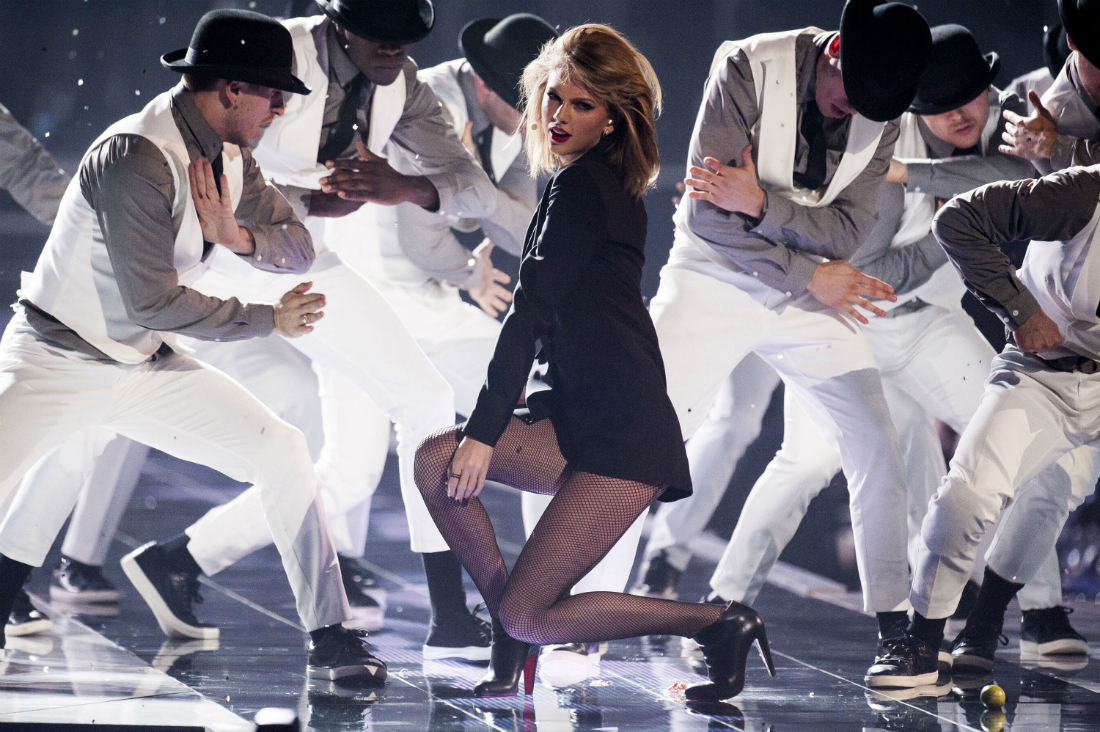 2015 was Sam Smith's year as he took home two awards, one for British Breakthrough Act and another for BRITs Global Success. Sam also performed his single Lay Me Down and his album In The Lonely Hour returned to Number 1 as a result. Nice one!

Royal Blood won British Group after a successful breakthrough year, and then it was Sam Smith's turn to kick off his big night with a heartfelt performance of Lay Me Down – a month later he would take a new version of this song to Number 1, with John Legend lending a hand, and his voice.

Taylor Swift took International Female, thanking British pubs and tea in her speech, before winners Royal Blood performed a rousing version of Figure It Out. Paloma Faith gets emotional after Mark Ronson presents her with the award for British Female – her first win after three nominations. 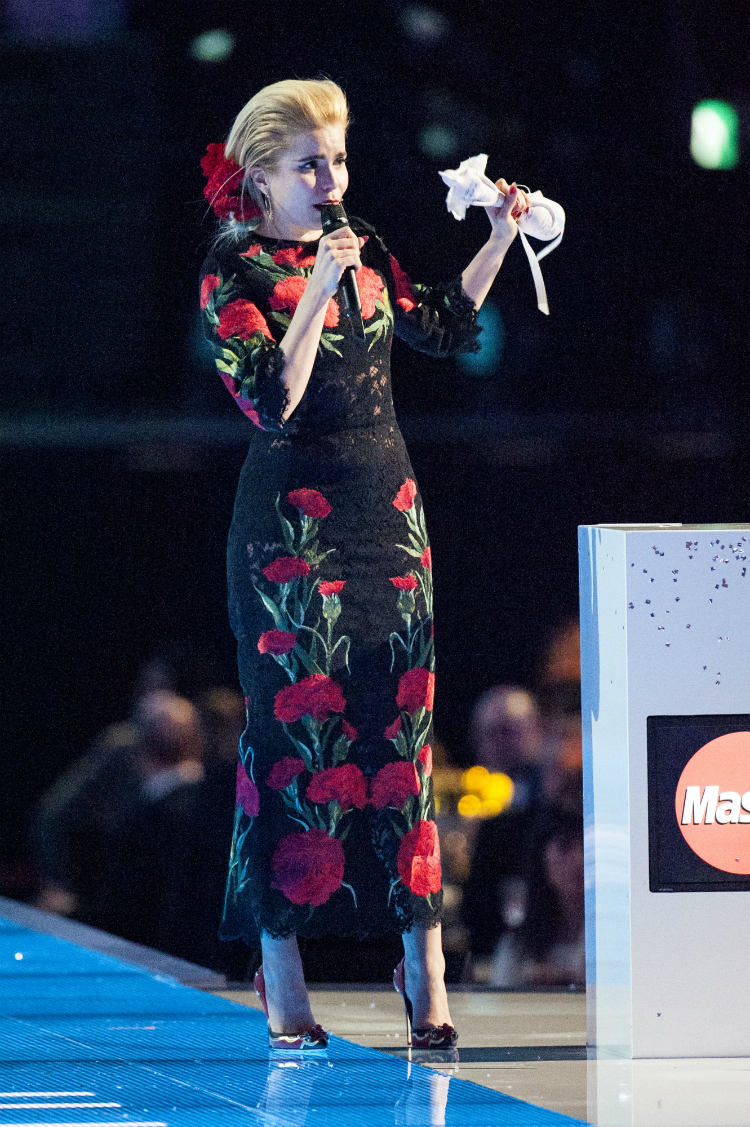 Next up, Ed Sheeran performs a Rudimental redo of Bloodstream, which helps the song peak at Number 2 a few weeks later. After a quick selfie with Ant & Dec, Kim Kardashian handed Sam Smith the Global Success Award then introduced her husband Kanye West, who gave an electrifying performance of new single All Day, which suffered many a bleep on the live telecast.

Pharrell won International Male and thanked everyone via a video message for the success of million-selling, record-breaking single Happy, before Take That took to the BRITs state as a trio for the first time, to perform Let in the Sun.

Lionel Richie teamed up with Lisa Snowdon to present Mark Ronson with the British Single award for Uptown Funk, and comedian John Bishop was on hand to announce Foo Fighters as winner of International Group – sadly it was another video message.

George Ezra did his breakthrough hit Budapest, and Sam Smith took home his second award of the night, the British Breakthrough – presented by Charli XCX and Fearne Cotton – and Paloma Faith gave one of the most impressive performances of the night as she sang Only Love Can Hurt Like This on a rainy stage.

One Direction won the public vote for British Video, for You and I, but Simon Cowell had to accept the award as the fab five (as they were then) were on tour – Zayn would quit the band just a month later. 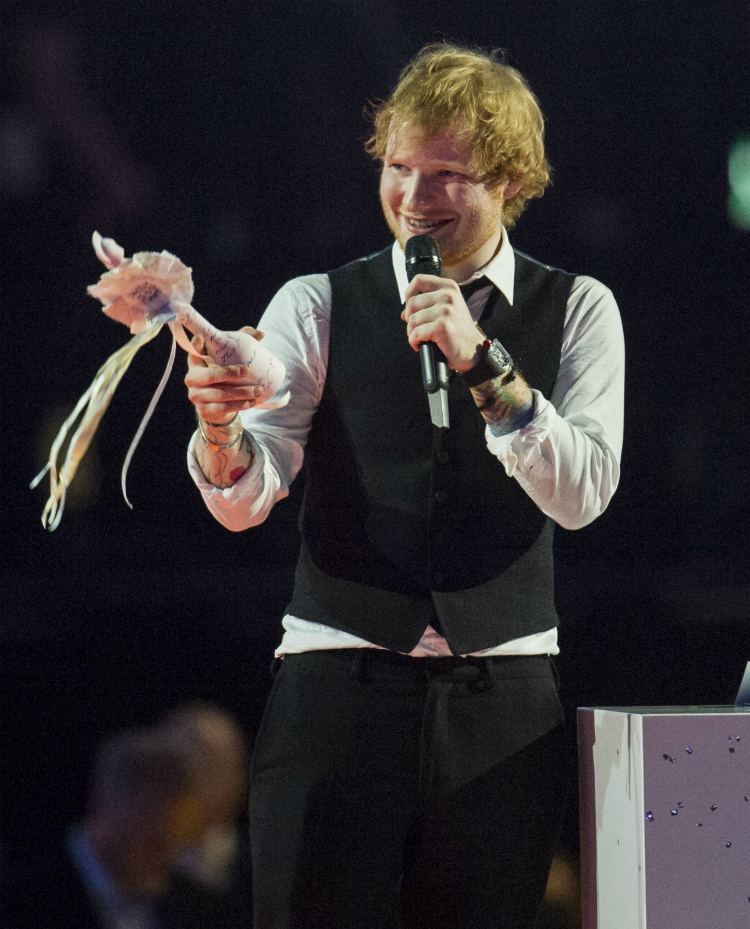 The big award of the night was presented by Russell Crowe to… Ed Sheeran, who equalled Sam Smith's BRITs haul of a pair of statuettes, for second album x (pronounced "multiply", if you remember).

Rounding off the show was a performance by Madonna, which would have been memorable on its own, but acquired instant access to the BRITs Hall of Fame when a wardrobe malfunction sent the Queen of Pop tumbling from quite a high platform as she started to sing Living for Love. The star's cape was tied round her neck, and set to be yanked away by backing dancers at the right moment – however the cape was tied too tight and Madonna couldn't loosen it in time and the mighty pull took her with it, ensuring worldwide headlines the next day. Needless to say, she recovered in seconds and finished the song. 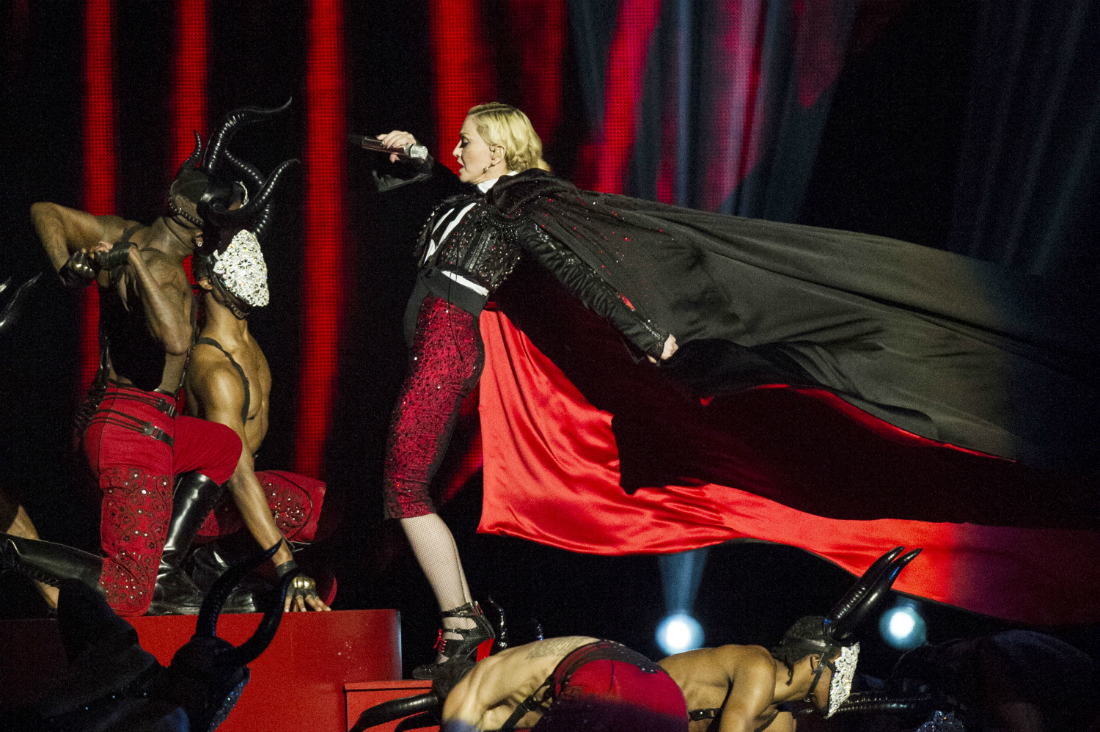 The calm before the fall… Image: Joanne Davidson/Shutterstock

The full list of winners and nominees for the 2015 BRIT Awards: