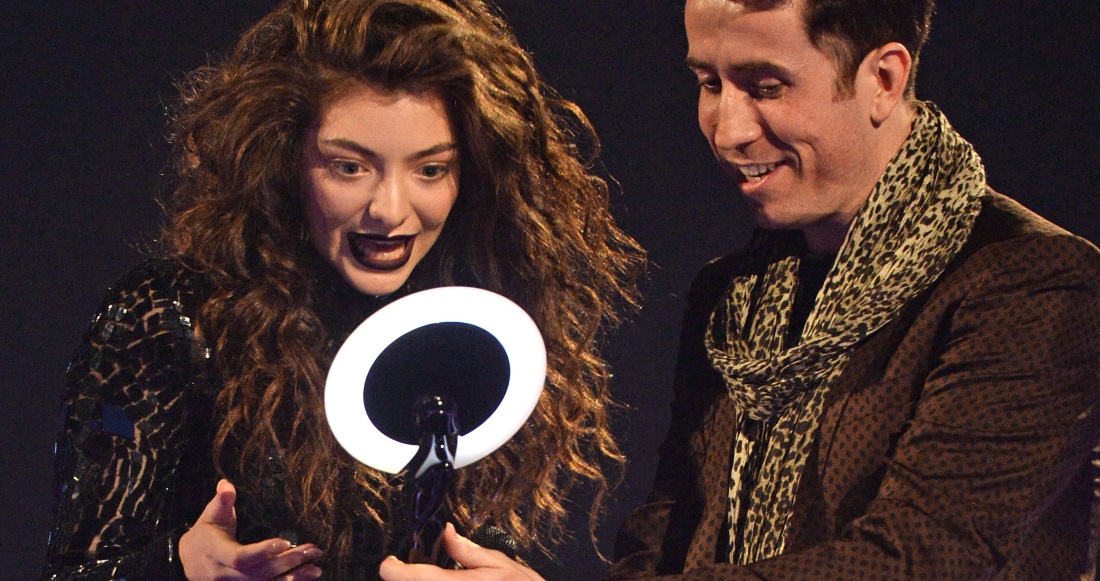 2014 was the year of big live collaborations, two of which were BRITs firsts. Bastille and Rudimental, who both picked up awards, performed a mash-up of their hits Pompeii and Waiting All Night with Ella Eyre, while Lorde and Disclosure collaborated for the first time. A year later, the duo recorded the Top 40 single Magnets.

Arctic Monkeys and One Direction were the big winners taking home a pair of trophies each, while David Bowie's Best British Male win was the last of his lifetime. Kate Moss famously accepted the award on his behalf, urging Scotland to stick with the UK. They listened and voted to stay. Bowie's impact.

The full list of winners and nominees for the 2014 BRIT Awards: