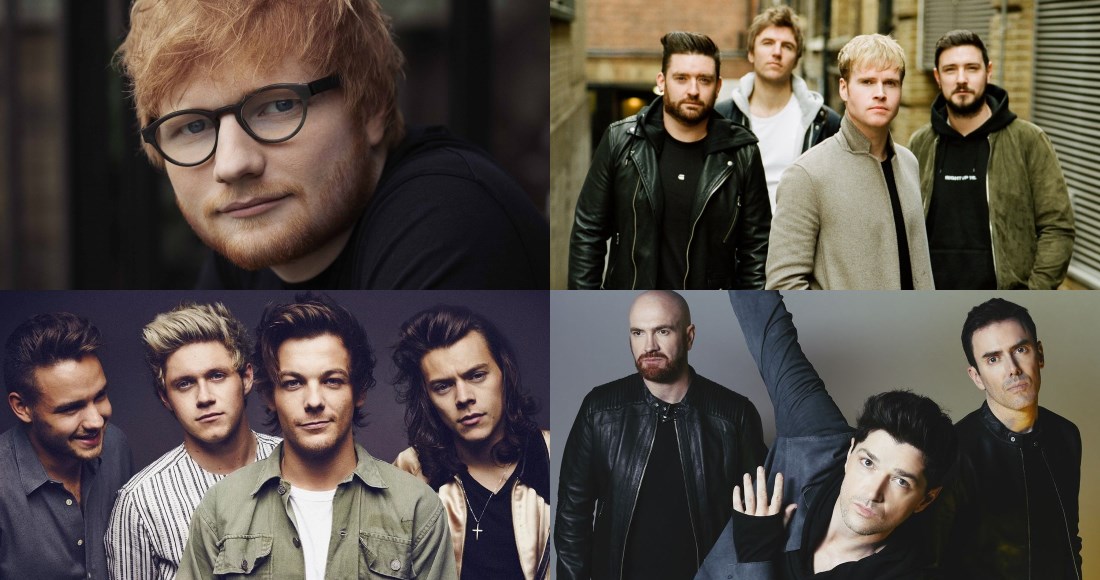 For some musicians, a Number 1 album is the ultimate goal; but for a lucky few, it's almost an expectation.

Below we look at the acts who have released three or more studio albums and topped the Official Irish Albums Chart with ALL of them. No easy feat, but four acts have managed to do it.

Five of those chart-topping albums occurred during the last decade, giving them the joint-most Number 1s between 2010 and 2019, which led to us naming them IRMA and Official Irish Charts' Irish Act of the Decade. And a bonus chart fact for good measure, Science & Faith was the fastest-selling album of the decade by an Irish act. Take that Westlife!

Another band to score five Number 1 albums during the last decade – and the first to do it – were One Direction. All of the band's albums also debuted at Number 1, with the exception of their debut Up All Night which peaked at Number 3 on release in November 2011, before climbing to the top spot the following June. Their chart toppers are Up All Night (2011), Take Me Home (2012), Midnight Memories (2013), Four (2014) and Made in the A.M. (2015).

Looking to solo careers too, Harry Styles and Niall Horan have each scored a pair of Number 1 albums, meaning all seven of the studio albums they've been involved in have topped the Irish Charts.

MORE: The acts with the most Number 1 albums 2010-2019 on the Official Irish Albums Chart

Ed's third studio album ÷ caused the biggest impact, scoring three chart-topping singles on Irish soil and having all of its tracks chart in the Top 16 on release week. It was also the fastest-selling album of the last decade ahead of Adele's 25.

All of Kodaline's albums have hit Number 1 too, making them one of the biggest Irish success stories of modern times. The four-piece spent more weeks at Albums Number 1 last decade than any other Irish act with their three albums In A Perfect World (2013), Coming Up For Air (2015) and The Politics of Living (2018).

With a new album set for release in 2020, we have a feeling Kodaline could extend that 100% track record. They've not missed Number 1 before, so why start now?

MORE: The musicians with the most weeks at Number 1 2010-2019 on the Official Irish Albums Chart are?