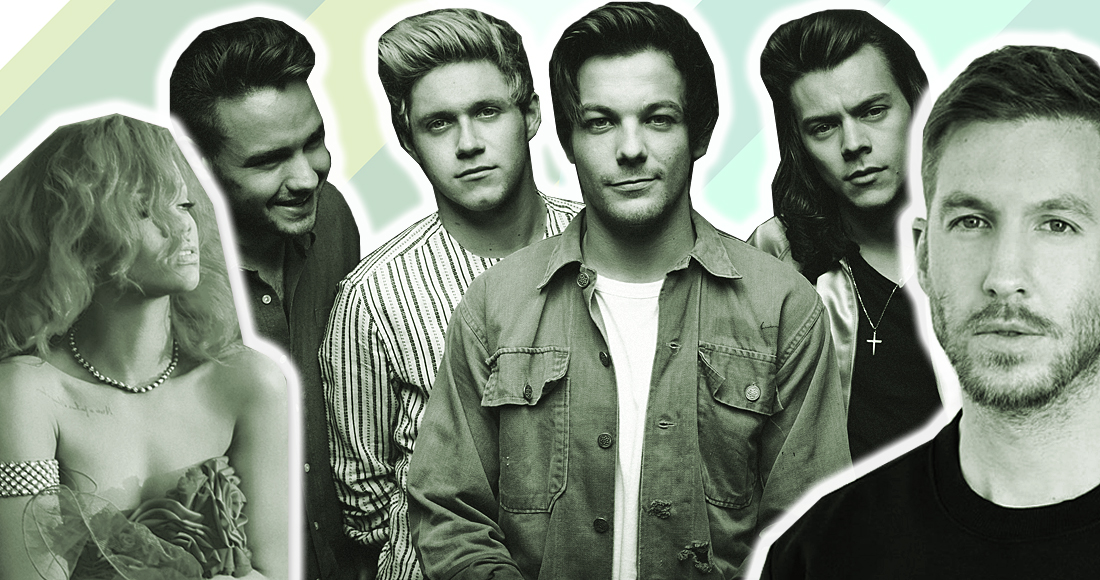 With the decade drawing to a close, we've went back through the chart archives to see who the leading stars of the Official Irish Singles Chart have been since 2010.

Which acts have had the most songs hit the big time this decade? We take a closer look at the 20 acts with three or more chart-toppers to their name.

One word springs to mind when you think of Calvin Harris - hitmaker. The Scottish DJ has had seven Number 1s in total, all of which happened this decade. His first was the Rihanna collaboration We Found Love, followed by two more tracks from his 18 Months album: We'll Be Coming Back with Example and Sweet Nothing featuring Florence Welch.

Summer became Calvin's only chart-topper without a feature in 2014, and Rihanna (more on her later) joined Calvin for another Number 1 in This Is What You Came For. Then in 2018, both One Kiss (Ireland's second-biggest song of the year) with Dua Lipa and the Sam Smith-assisted Promises hit the jackpot.

One Direction fare well when it comes to the most Number 1 albums this decade, and they were just as dominant on the singles front too. One Direction had six singles lead the Top 50 in total, two more than they had in the UK. Live While We're Young and Story Of My Life were the extra songs to hit the top spot compared to the UK.

Other female soloists with multiple Number 1s this decade are Ariana Grande (5) and Lady Gaga (4).

Ireland has been kind to Ed Sheeran. Ed has reached the chart mountaintop six times since 2010, with Ireland being one of only three countries that Galway Girl got to Number 1 in. Shape Of You has the third-longest stint at Number 1 ever.

Bieber fever has caught on across Ireland on numerous occasions, six to be exact. One of Justin's tracks Despacito with Luis Fonsi & Daddy Yankee has the second-longest reign at Number 1 in history. Across the decade, Justin Bieber has spent most weeks at the top of the Official Irish Singles Chart, with 43 weeks at pole position.