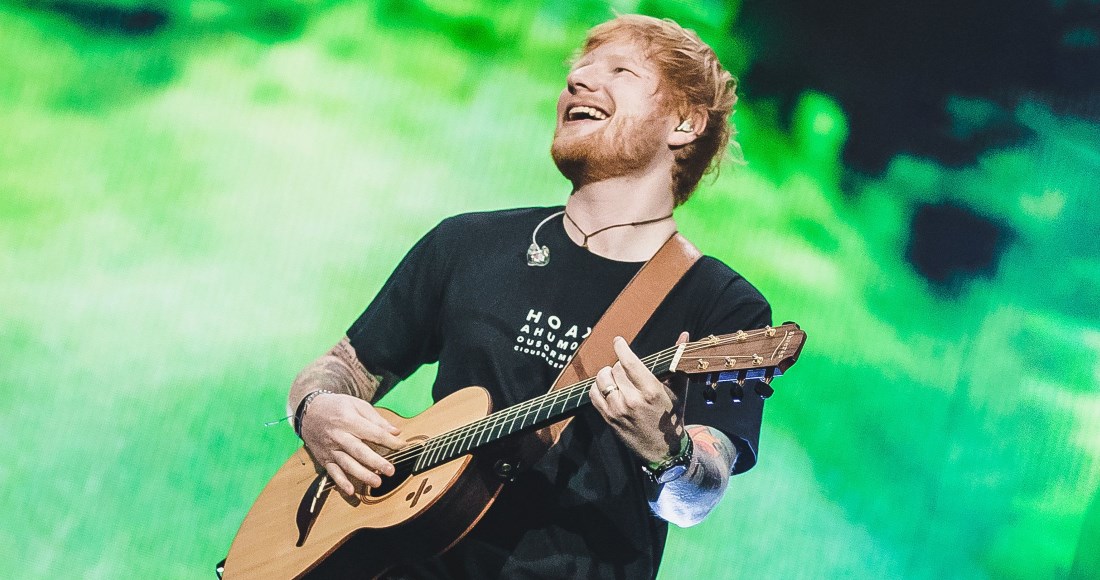 Ed Sheeran had the second-most Number 1 hits of the 2010s decade, so you could say he's pretty popular in Ireland.

Ed has impacted the Official Irish Singles Chart Top 50 on 42 occasions so far in his career, more than the likes of Calvin Harris, Beyoncé and Pink.

How many times has he cracked the Top 10?

Ed has claimed 30 Top 10 hits in Ireland, three more than his native UK. Impressively, 11 of those are off the same album, 2017's ÷. Again, it was Ireland where more songs from ÷ went Top 10 than in the UK. In fact, the week ÷ was released, the Top 16 of the Official Irish Singles Chart were tracks from the album, making it - you guessed it - even more popular on our chart than any other.

Aside from Number 1, the number Ed has peaked at the most times is Number 5, where he's topped out on seven occasions.

Ed has scored six Number 1s on Irish soil, the second-most this decade, tied with Justin Bieber and Rihanna. Ed's six chart-toppers in Ireland are: Sing, Thinking Out Loud, Shape of You, Galway Girl, Perfect and I Don't Care.

In 2017's year-end chart, Shape of You was the biggest song of the year, followed by Galway Girl at 6 and Perfect at 7, with Ed spending 20 weeks at the top in total. Shape of You is also the third longest-running Number 1 hit of all-time.

Ireland is the highest charting territory for many of his hits

The love for Ed in Ireland is so strong that some of his tracks have been bigger smashes here than anywhere else. One example is Nancy Mulligan; the Irish folk song peaked at Number 3 on the Official Irish Chart, it's only Top 10 placing worldwide.

Back in 2014, Ed's song All of the Stars from the movie The Fault In Our Stars charted at 29 in Ireland, better than it's UK and US chart position, even after a highly-publicised performance on The Voice US with the late Christina Grimmie.