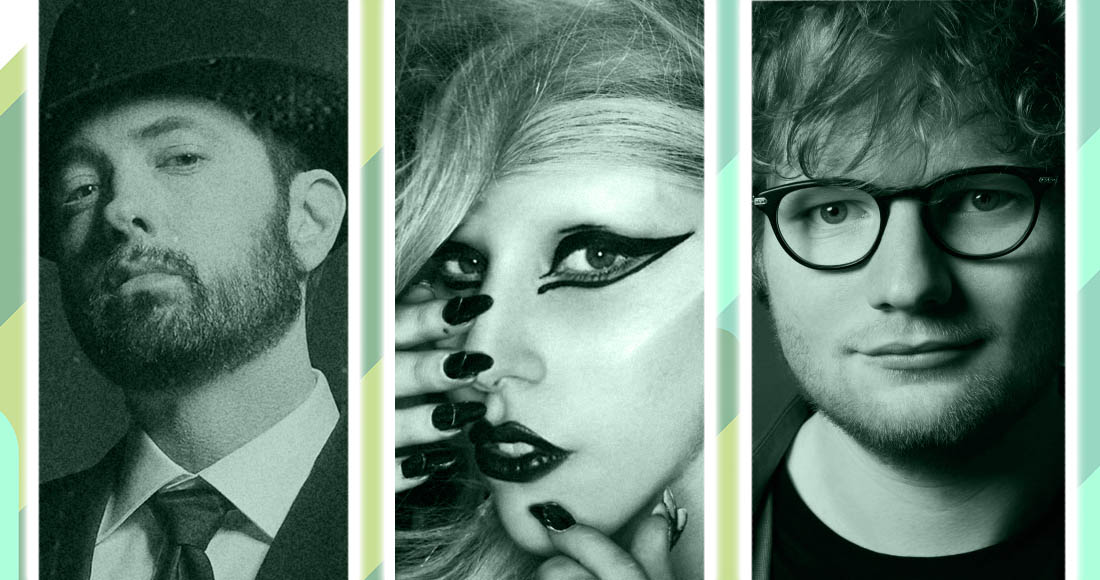 It had been eight years since an Irish act topped the Official Irish Singles and Albums Charts at the same time, but Dermot Kennedy finally put an end to that in December 2020.

Dermot ended the drought with his second Number 1 single Giants and debut album Without Fear. Both surged to their respective top spots following Dermot's heart-warming surprise performance with a fan on The Late Late Toy Show.

Dermot is the first Irish act since The Script in 2012 to do the Irish Chart Double, and was the fifth to achieve it in 2020 following Lewis Capaldi, Eminem, Drake and Ariana Grande.

It turns out that since modern chart records began in 1997, only 80 chart doubles have happened in Ireland, and before we list them all, let’s look back at who has a habit of achieving this difficult task.

Ed Sheeran has plenty of accolades under his belt, and he has a few more when it relates to chart doubles. Ed has more weeks completing a chart double since modern records began than any other act with 15 weeks, and the joint-most consecutive weeks at the top of both charts, with six weeks.

On top of that, Ed is also the only person to complete a chart double with a song and an album that said single didn’t even feature on! Prior to ÷ being released, Shape Of You was Number 1 for three weeks alongside X ruling the Official Irish Albums Chart. Well done Ed!

MORE: The acts with most weeks at Number 1 on the Official Irish Albums Chart of the 2010s decade

Ireland’s favourite boyband Westlife have had more albums and songs complete chart doubles than any other act. The first five of Mark, Kian, Shane and Nicky’s studio albums topped the charts at the same time that some of their singles were Number 1. Two songs from Westlife’s debut album led the Top 50 at the same time that the album was ruling the roost – Flying Without Wings and I Have A Dream/Seasons In The Sun.

The only female artist to score chart doubles with different albums is Lady Gaga. Mother Monster managed one week at the top of both charts simultaneously with The Fame and Just Dance in 2009, and then she managed four weeks at Number 1 on both charts with Shallow and The Star Is Born’s Motion Picture Cast Recording nine years later. Longevity!