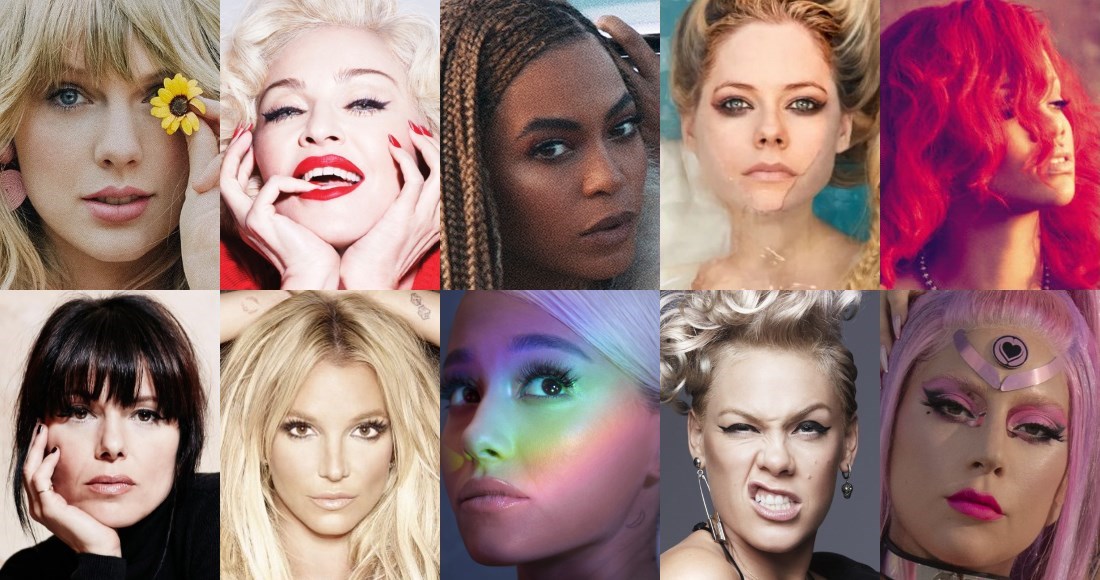 Taylor Swift is officially the female solo artist with the most Number 1 albums this millennium.

And looking further back to the turn of the century, just 10 women have scored three or more chart toppers on the Official Irish Albums Chart, but who are they?

For Taylor to have the record all to herself, she surpassed Madonna and Beyoncé, who each have claimed four Number 1s in the last twenty years, when Folklore hit the top spot.

Britney Spears' My Prerogative: Greatest Hits (2004), Blackout (2007) and Glory (2016) only topped the charts in five, two and three countries respectively, but Ireland was among them on each occasion.

*excluding A Star Is Born, a Number 1 credited to 'Motion Picture Cast Recording', a soundtrack featuring songs by Lady Gaga, but also solo tracks from Bradley Cooper, and spoken interludes from other cast members.