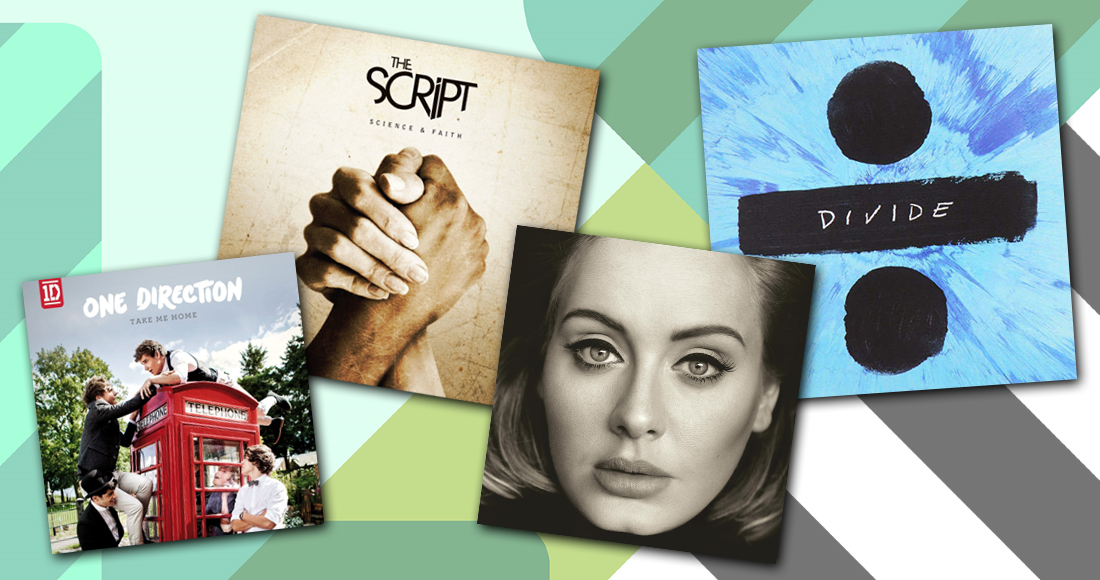 Nothing beats the excitement of when you've waited years for your favourite music act's new album and you finally have it in your hands. And when there's a huge community behind you all with the same hysteria, it can make for some pretty historic album launches.

As the decade comes to a close, OfficialCharts.com/Ireland is revealing the Official Irish Albums Chart's Top 10 fastest-selling albums between 2010-2019 for the very first time.

It's safe to say Ed Sheeran has had *quite* the decade. In addition to scoring four Number 1 albums, six Number 1 singles and the most weeks at Number 1 on the Official Irish Albums Chart since 2010, Ed also has the fastest-selling album of the past ten years.

Ed's third studio album ÷ caused an Official Chart eruption. In addition to scoring three chart-topping singles on Irish soil and having all of its tracks chart in the Top 16 on release week, first-week sales of the album were like no other. On physical and digital sales alone, the album was the fastest-selling of the decade, notching up 21,300 copies, but then there's the massive 8.95m track streams to factor in! Overall, ÷ scored first-week sales of 27,600.

MORE: The acts with most weeks at Number 1 this decade on the Official Irish Albums Chart

The Script take the honours for the Irish act with the decade's fastest-selling album. Second studio record Science & Faith features the band's first Number 1 single For The First Time and is the band's fastest-seller to date, shifting 13,200 copies in its first week on sale. Since 2010, The Script are the Irish act with the most chart-topping albums.

Fast forward eight years later and the band's comeback album Spectrum became their 11th Number 1 album, the fastest-selling album of 2019 and the ninth fastest-seller of the decade.

Mary Byrne - Mine & Yours

The fastest-selling debut album of the decade, Mary Byrne's Mine & Yours took the Tesco shop worker to chart stardom after her stint on the UK X Factor. 10,600 of you picked up a copy in its first week on sale, giving it the fifth highest opening week since 2010.

One Direction - Midnight Memories and Take Me Home

One Direction know a thing or two about Albums Chart success. All five of the band's albums reached Number 1 this decade, and two of them feature in the Top 10 fastest-selling: Midnight Memories with 10,400 sales in sixth and Take Me Home with 8,200 copies in tenth.

The third and final act who were so popular that they have two of Ireland's fastest-selling albums this decade are Jedward! John and Edward Grimes' second album Victory actually sold 300 more in its opening week than their debut Planet Jedward, recording 9,600 sales.