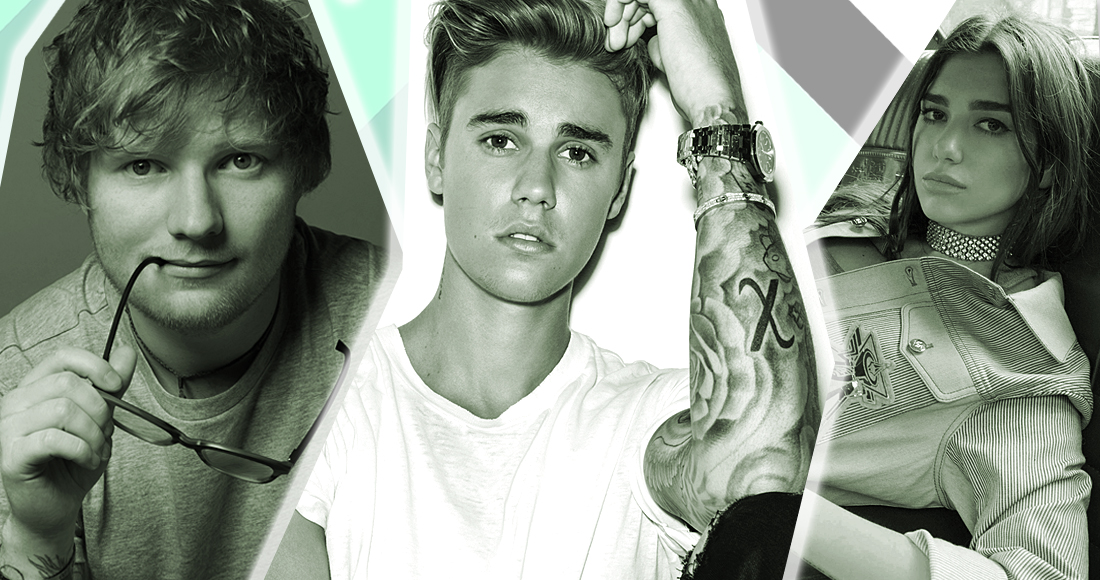 Getting to Number 1 is hard enough, but staying there is even more difficult. Luckily for this lot, they have got the knack for sticking around at the top of the charts.

Of the 507 weeks between Friday January 1, 2010 and last week's Official Chart on Friday September 20, 2019, who has spent more weeks at Number 1 on the Official Irish Singles Chart? We've tallied up the numbers to reveal the 15 acts to spend 10 or more weeks leading the Top 50 this decade.

Let's take a closer look at the some of the acts that got comfiest at Number 1.

Justin Bieber has been a mainstay at Number 1 this decade, but unbelievably didn't score his first chart-topper until 2015. But once he did, his dominance rolled on and on.

Remarkably, Justin scored three Number 1 hits in 2015 alone, starting with What Do You Mean claiming an impressive seven weeks on top in September and October. Then things got really impressive. Sorry spent two weeks at Number 1 in November before Justin dethroned himself with the eight-week chart-topper and 2015 Irish Christmas Number 1 Love Yourself - view a list of every Xmas chart-topper here.

Across six Number 1 singles, Justin has spent 44 weeks at the top of the singles chart this decade, 11 more than his nearest competition, who just so happens to be one of his recent collaborators.

Ed Sheeran actually claimed his sixth Number 1 alongside Justin Bieber on one of 2019's biggest hits I Don't Care. Another act to manage three Number 1s in a calendar year (also with a Christmas Number 1 to boot), Ed Sheeran dominated the charts in 2017. Shape Of You is one of the longest-reigning Number 1s of all-time, while Galway Girl only reached Number 1 in Ireland.

Ed has notched up 33 weeks on the chart throne since 2010, and we think he'll keep that seat warm a lot in the next decade too.

Not too far behind Ed on 27 weeks at Number 1 is hit-making Scottish DJ Calvin Harris. While Calvin doesn't have the most weeks at the top this decade, he has scored more leaders than any other act in the past 10 years - seven in total.

Dua Lipa has plenty of chart stats to blow your mind - MWAH! Her breakthrough smash New Rules is the longest-reigning solo female Number 1 of the decade, while her second chart-topper IDGAF topped the charts only in Ireland. Overall, Dua has spent 18 weeks at Number 1 this decade, more than any other female artist.

Just behind Dua Lipa on 17 weeks is Rihanna. Her longest-reigning chart-topper since 2010 is We Found Love, her 2011 collaboration with Calvin Harris, which ruled for seven weeks. In an interesting quirk, both of Riri's singles with Eminem and Calvin Harris both reached Number 1, helping her be the woman with the most chart-topping songs since 2010.