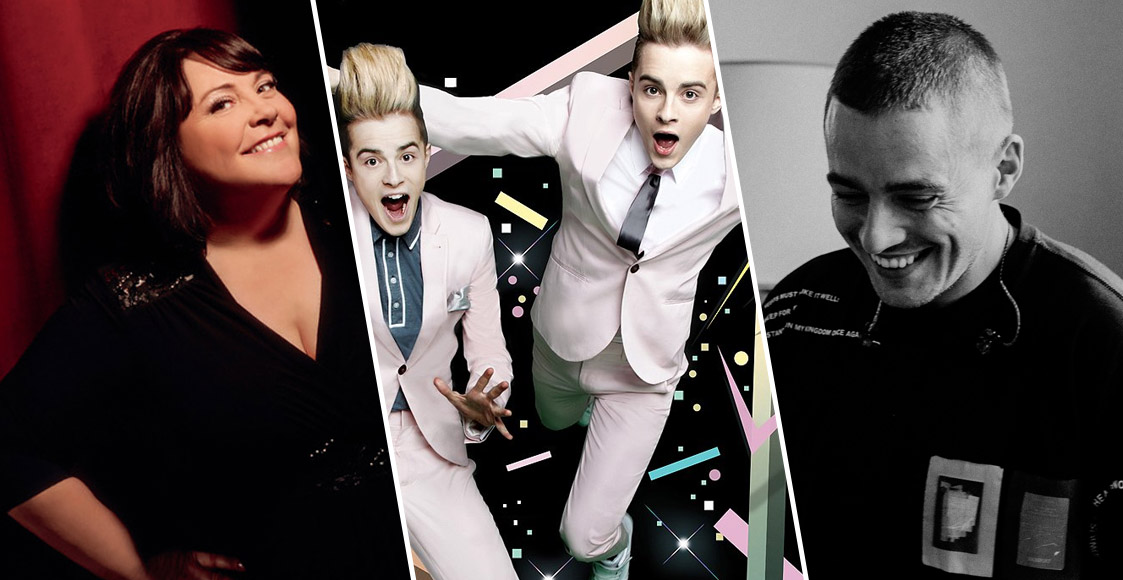 Start as you mean to go on, right? We’re revealing the acts that lived up to that motto best and scored the fastest-selling debut albums of the decade on the Official Irish Albums Chart.

You don’t get a second chance to make a first impression, and this lot came charging out of the blocks to claim one of the ten biggest opening sales weeks for a debut studio album since 2010. Most recently, Dermot Kennedy joined the club.

It was 2010 and The X Factor's popularity was at its all-time high, with record numbers tuning in. There were two Irish representatives in that year's series - One Direction's Niall Horan and the lovable Mary Byrne. Affectionately dubbed "Tesco Mary", the last of the 'Overs' category standing in the competition left the supermarket behind after finishing in fifth and signed a record deal with Sony.

In March 2011, Mary's debut album Mine & Yours topped the Official Irish Albums Chart, ending the nine-week run at Number 1 for Adele's 21. 10,600 copies were sold in its first week, making Mine & Yours Ireland's fastest-selling debut album of the decade.

More X Factor favourites, Jedward take the honours of Ireland's fastest-selling debut album of the decade by a group. Their 2010 introductory release Planet Jedward sold 9,300 CDs and downloads in its first week and featured the Number 1 single Under Pressure (Ice Ice Baby), which topped the charts for an impressive four weeks over three separate occasions.

MORE: Homegrown acts who scored a Number 1 in the 2010s on the Official Irish Singles Chart

One Direction's debut Up All Night is a chart quirk in that it is one of the decade's fastest-selling debuts, but didn't top the chart in its first week. Released during the busy final quarter of the year in November 2011, the album started out at Number 3 behind Westlife's Greatest Hits and Rihanna's Talk That Talk and generated 7,700 sales. Up All Night eventually reached Number 1 the following June.

The fastest-selling male debut of the decade belongs to Hozier. 7,300 of you picked up Hozier's debut album on release to take it to Number 1 in September 2014. The self-titled album featured Take Me To Church which despite peaking at Number 2, was the best-selling song by an Irish act in 2014 and 2015.

2019 was a strong year for debut albums, Dermot Kennedy being the best example. The Dubliner's Without Fear outsold the rest of the Top 10 combined, shifting an impressive 7,000 units in its first seven days on sale. Dermot's first week sales were more than fellow 2019 Number 1s from Irish stars Picture This and Hozier put together.

Lewis Capaldi claimed the decade's fastest-selling debut LP from an international soloist in 2019, scoring a first week total of 6,400 chart sales. The Scotsman's inaugural collection had a bigger opening week than albums from pop heavyweights like Ariana Grande and P!nk.

Lana's major label debut and first album under the name Lana Del Rey, Born To Die is considered her debut studio album, and it ranks high on Ireland's fastest-selling Top 10 of the decade. 6,100 copies were sold in its first week, keeping albums from the legendary Leonard Cohen and Ireland-raised Maverick Sabre from the top spot.

She Looks So Perfect was the name of 5SOS' breakthrough single, and their entrance onto the Official Irish Albums Chart was pretty much perfect too. 5,900 Irish fans snapped up the album in its first seven days on sale in July 2014.

Featuring two Number 1 singles Just The Way You Are and Grenade plus a further duo of Top 5 hits The Lazy Song and Marry You, Bruno Mars' debut album Doo-Wops & Hooligans was a huge success, with 5,400 of you taking it home on release in January 2011.

After their debut EP reached Number 1 on the Official Irish Albums Chart, Picture This knew there was a serious appetite for a full-length album. Their debut self-titled album went straight in at the top on release in August 2017 with first-week sales of 5,200 and was the second-biggest album of the year behind Ed Sheeran's ÷.

MORE: Picture This want to collaborate with Julia Michaels: "We think she's the best songwriter around right now"