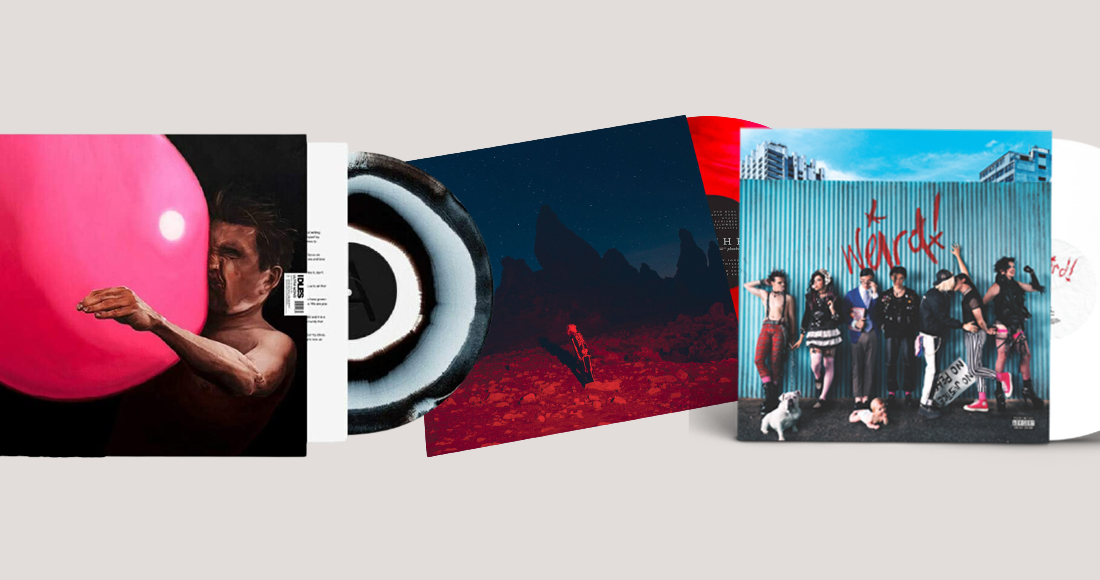 IDLES' Ultra Mono was the best-selling album in the UK's independent record shops in 2020, OfficialCharts.com can reveal.

The band's second album not only delivered the Bristol five-piece their first Number 1 on the Official Albums Chart upon its release in October, but it became the fastest-selling vinyl release of the year too, and a firm favourite for indie record store shoppers.

The news comes in a year of unprecedented lockdown challenges for physical retailers. Last year the Official Charts Company reacted swiftly to set up tracking of home delivery sales for these independent outlets when many were forced to pivot their businesses online during the pandemic.

IDLES’ Mark Bowen told OfficialCharts.com: "We’re Number 1 on the Official Record Store Chart 2020, which means that lots of people that did go out and buy the album did so supporting their local record store which is something that’s really important at the minute.

"If you’re going to buy a record, support independent local businesses, they need it as much as possible. Thanks to the fans, shout out to independent record stores. We’re top of the pops, Number 1 in the shops, a wop bop a loo bop a lop bam boom!”

IDLES finish just ahead of Yungblud on the end-of-year Official Record Store Chart of 2020 - the Doncaster-born musician places second with his second album Weird - while the sophomore effort from Fontaines DC, A Hero's Death, finishes in third.

Further down, Doves' comeback album The Universal Want - their first in ten years - was also a popular choice in local record shops, placing sixth, while rising British band Sports Team are at Number 8 with their debut album Deep Down Happy - the collection landed at Number 2 on the Official Albums Chart last June. Another fast-rising act, US rock musician Phoebe Bridgers, ranks 12th with her second record Punisher.

The weekly Official Record Store Chart was launched in 2012 in partnership with Record Store Day UK, polling over 100 of the UK’s top independent record shops, counting sales of CDs, vinyl and other formats across seven days.