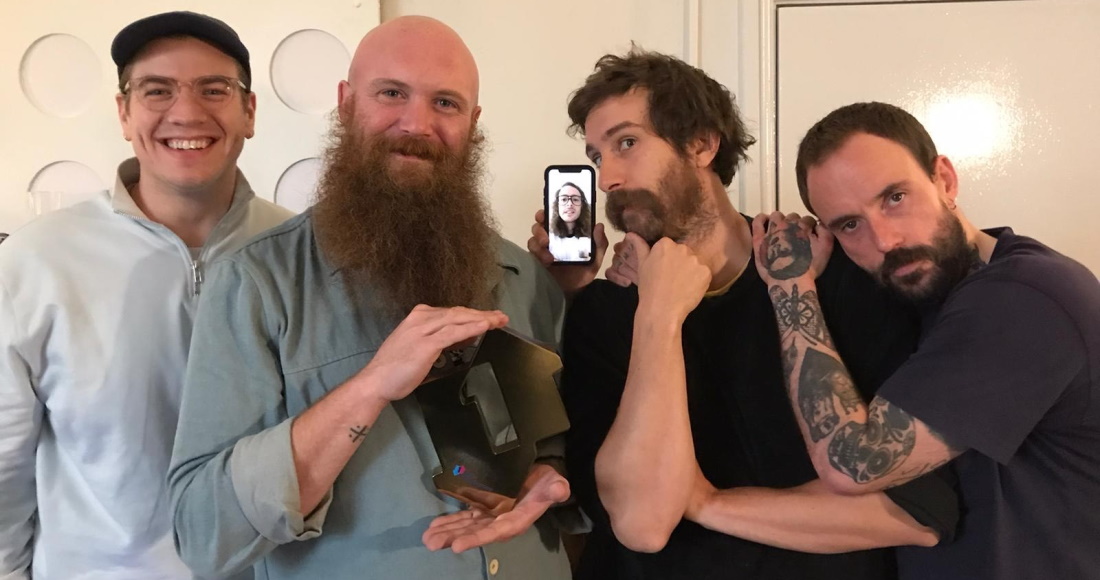 Congratulations to IDLES, who go straight in at Number 1 on the Official Albums Chart with Ultra Mono.

The Bristolian rock band’s third album scores 27,000 chart sales to take this week’s top spot and overtake Liam Gallagher as the fastest-selling vinyl album of 2020 so far, having shifted 15,400 copies on vinyl over the past seven days.

The band’s 2018 album Joy as an Act of Resistance peaked at Number 5 on its release and was shortlisted for last year’s Hyundai Mercury Prize.

“Beyond all the praise and accolades we have received there is something magic about feeling carried by the ones you love. Forever grateful, IDLES x”

Ultra Mono is the first of seven new releases and re-entries in this week’s Official Albums Chart Top 10.

Elsewhere in the Top 40, brand new vinyl releases send The Weeknd’s After Hours (16) and Guns N’ Roses’s Greatest Hits (17) back into the Top 20. Guitarist Steve Hackett enters at Number 23 with Selling England By The Pound & Spectral Mornings: Live At Hammersmith.