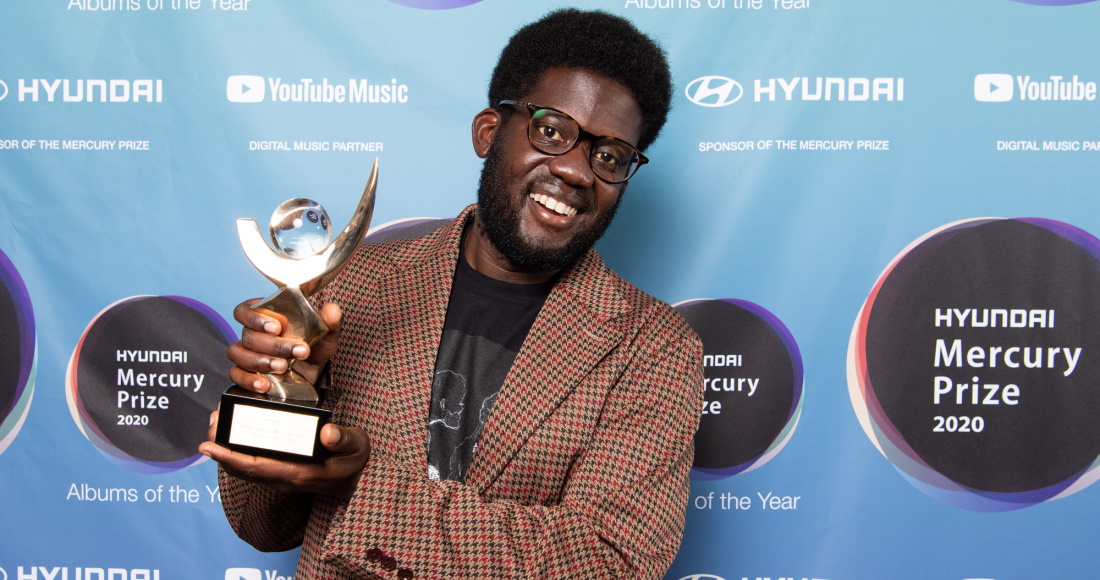 One week after its Hyundai Mercury Prize win, Michael Kiwanuka’s third studio album KIWANUKA has seen a huge boost in sales and streams.

Since being announced as the recepient of the prestigious award, sales of KIWANUKA have risen a massive 4,537% in physical and digital downloads of the album, while audio streams are up 800% week-on week. In the first 24 hours after his win, sales on iTunes were up 671%.

Following the reveal on BBC's The One Show on September 24, KIWANUKA returned to the Official Albums Chart at Number 78 the next day. At the midweek point in this week’s albums chart race, KIWANUKA had returned to its previous peak of Number 2.

The album is expected to land in the Official Albums Chart Top 5 this Friday (October 2), one of the bigger post-win chart impacts. In 2010, The xx reached Number 3 with their self-titled debut album following its win.

Across the other shortlisted Albums of the Year, data shows a 515% sales boost in physical and digital downloads. Broken down, each album’s uplift is as follows*:

Music Week reports that the BBC's TV coverage for the Hyundai Mercury Prize reached 5.4 million viewers. This spanned the announcement of Michael as the winner on The One Show, the BBC Four special featuring all the shortlisted acts, and a BBC Two Later...With Jools Holland special which featured an extended interview with Michael Kiwanuka.

*Figures do not reflect Charli XCX’s How I’m Feeling Now as it was only given a physical release in the previous chart week, rendering a meaningful like-for-like weekly comparison difficult.

**The lower percentage increase of albums such as Future Nostalgia and Heavy Is The Head can be attributed to higher average weekly sales – neither have left the Official Albums Chart Top 40 since release.