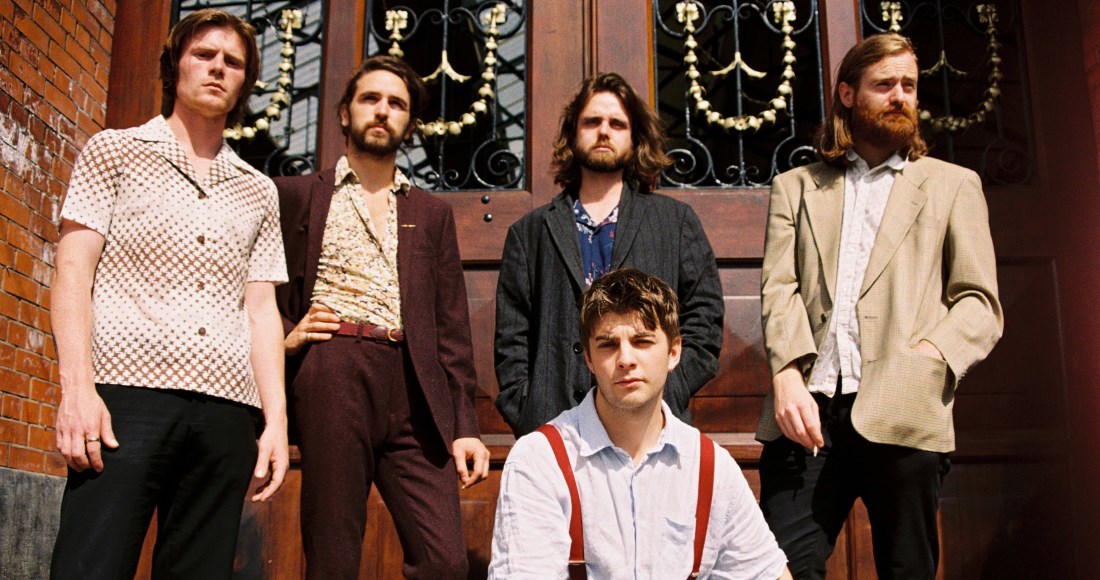 Fontaines D.C. are a post-punk band from Dublin, Ireland, that formed in 2017 and their line-up consists of guitarists Carlos O'Connell and Conor Curley, bassist Conor Deegan, vocalist Grian Chatten, and drummer Tom Coll who all met in Dublin while attending music college in Dublin. Fontaines D.C. released their debut album Dogrel in April 2019, which scored them a UK Official Album Chart placing, and Dogrel also went on to be nominated for the Mercury Award later in the year.