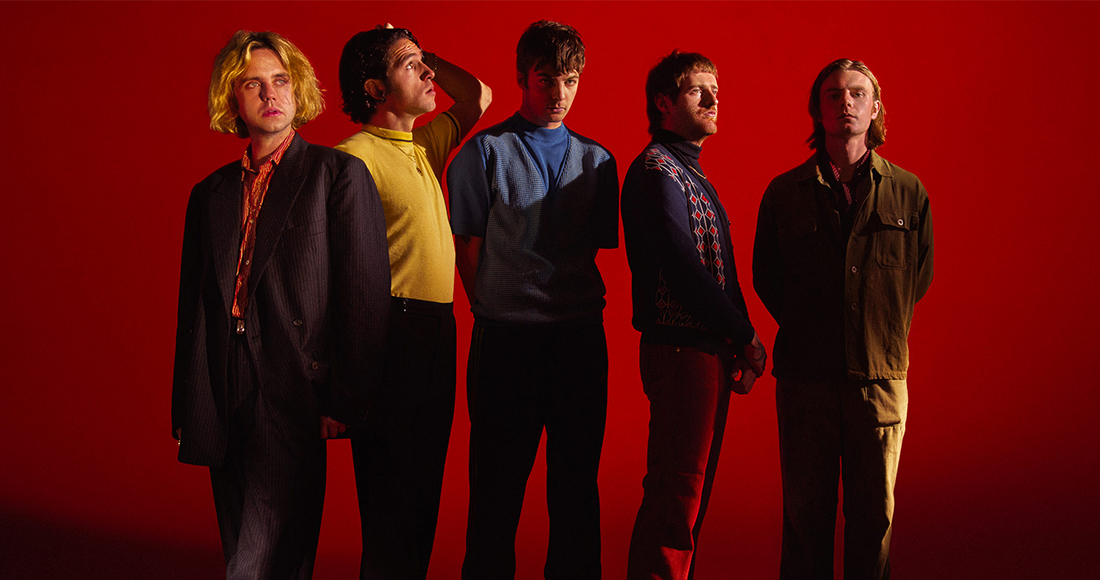 Skinty Fia becomes the five-piece’s first ever Number 1 collection in Ireland, and their third Top 50, following 2019’s Dogrel which peaked at Number 4, and 2020’s A Hero’s Death which reached Number 2.

The group earn the biggest week of albums chart sales of the year so far, with 82% of their total made up of physical copies. Skinty Fia claims the biggest first-week chart sales for an album by a homegrown act since Inhaler’s chart-topping It Won’t Always Be Like This in July 2021.

Fontaines D.C. said, “We're touched by everyone's response to Skinty Fia, thank you to everyone who bought, streamed or downloaded it. Love FDC x”

MORE: Dermot Kennedy announces release of new single Something to Someone

Meanwhile, Ed Sheeran sees his albums X (5), + (13) and No. 6 Collaborations Project (20) soar up the chart as he embarks on the Dublin and Cork dates of his Mathematics tour. The three albums join mainstays = (2) and Divide (3) in this week’s Top 50.

Further down, Tyler, The Creator returns to the Top 50 with 2021’s Call Me If You Get Lost, which rebounds to Number 35 following its release on vinyl. Finally, late Thin Lizzy frontman Phil Lynott’s 1982 album The Philip Lynott Album lands at Number 40, following a 40th anniversary exclusive reissue for Record Store Day.