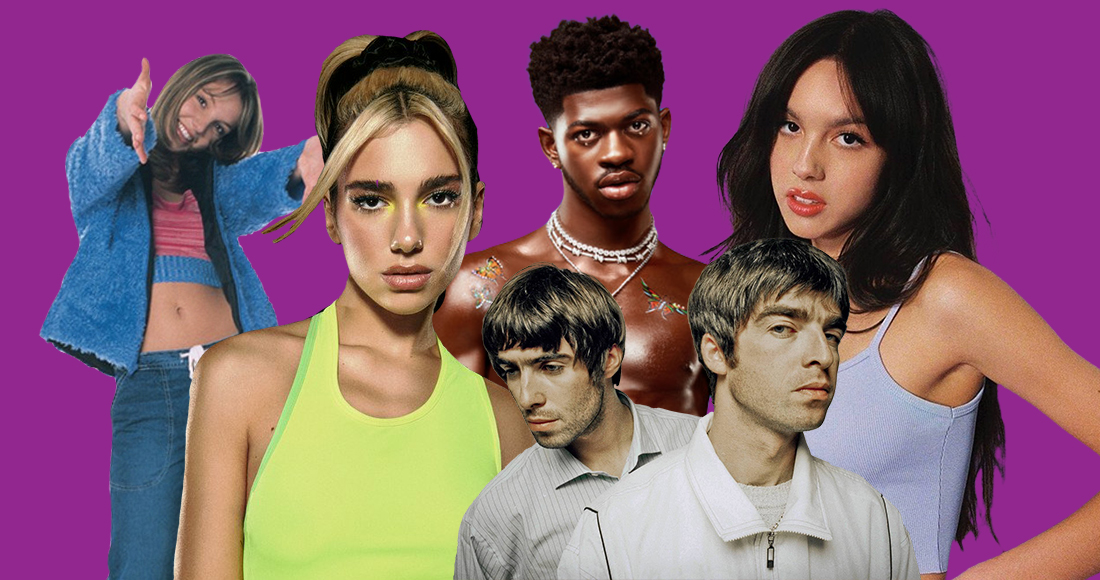 A debut single is something of a delicate art in pop music. But some would say that a second single is even harder to get right.

Not only do you have to live up to the promise of your first release, but you also have to make sure that it aligns with your artistic identity and what you want to say - or maybe your debut single didn't feel right to you, so you then have to go in a completely different direction and start again.

Do you see what we're getting at? Difficult. Check out the follow-up we truly believe deserved more below. Did we miss any?

Sound of the Underground was such a game-changing record, it might have seemed like an insurmountable wall for Girls Aloud to climb. Could they ever live up to a debut single that changed the parameters of British pop music forever? But from the opening dissonance of No Good Advice, one thing became very clear; Cheryl, Nicola, Kimberley, Nadine and Sarah weren't a flash in the pan. They were here to stay. A raucous riot, No Good Advice's UK chart sales stand in excess of 178,000 - with a streaming count that tops 3.5 million too.

Old Time Road started off as a bit of a joke, but morphed into one of the biggest hits of the decade. Lil Nas X could have very easily become a one-hit wonder, but Panini seems to hum with the enjoyment of defying expectations.  In the UK, Panini's chart sales stand at over 642,000, with 76.6 million audio streams.

A synth-pop rap record, it pleasingly turned Nas away from country, and allowed him to continue to experiment - eventually leading to Montero (Call Me By Your Name).

3. Gotta Be You by One Direction
Released: 2011
Official Singles Chart peak: Number 3

1D's What Makes You Beautiful is a debut single for the ages - telling you everything you need to know (and fall in love with) Harry, Liam, Louis, Niall and Zayn. Its follow-up Gotta Be You doubles down on the teenage infatuation, with heart-swelling strings...as well as rhyming disappointed with anointed. Penmanship! The song's to-date streaming figures max out at 9 million, with a combined chart sales total of 254,000.

4. You Need Me, I Don't Need You by Ed Sheeran
Released: 2011
Official Singles Chart peak: Number 4

Who knew Ed Sheeran had bars? Following the success of his major label debut single The A Team, You Need Me, I Don't Need You was a fascinating mix of Ed's standard acoustic sounds, mixed with the cadence of hard rap. His second UK Top 10 single, its streaming figures have hit 60 million, with a total of 929,000 chart sales - although this has nothing on his biggest chart hits.

Released in between two of the defining hits of the past year - Drivers License and Good 4 U - Deja Vu can be seen as a fascinating detour for Olivia, taking as much inspiration from Radiohead as it does Taylor Swift (who was added as a songwriter after the song's release due to similarities between Deja Vu's shouty middle eight and the Lover album track Cruel Summer). Deja Vu was still one of the Top 40 biggest singles of 2021, and has chart sales amassing 627,000 with audio streaming figures of 69 million.

The second release from Noel and Liam's first record Definitely Maybe, Shakermaker just missed out on a place in the Top 10 at the time of its release, and just about places in Oasis' Top 20 best-selling singles in the UK - with total chart sales in excess of 354,000 including 198,000 physical copies.

7. If It's Lovin' That You Want by Rihanna
Released: 2005
Official Singles Chart peak: Number 11

Sandwiched between dancehall debut smash Pon De Replay and the Soft Cell-sampling SOS, If It's Lovin' That You Want remains a curiously forgotten entry in Rihanna's singles discography. Again just missing out on a Top 10 placement, the track has notched up over 8 million audio streams in the UK.

Gotta Tell You was a revelatory release for Samantha Mumba, and it's follow-up took a bold swing, sampling David Bowie's Ashes To Ashes. Samantha's second UK Top 10 single, Body II Body has been streamed over 660,000 times in the UK, including 114,000 in 2021 alone.

Another David Bowie sample here, from Rachel Stevens' hilariously left-of-centre follow-up to Britney Spears cast-off Sweet Dreams My LA Ex. We couldn't imagine Brit singing this one. Having peaked at Number 26, Funky Dory is perhaps the most forgotten of all the second singles placed here, with 86,000 streams since UK chart records began.

10. Up by The Saturdays
Released: 2008
Official Singles Chart peak: Number 5

Never forget when The Saturdays each wore an individual colour. Up was a beloved release by The Sats, actually hitting a higher peak in the Top 10 than their 80s-inspire debut If This Is Love.

Sometimes she runs, sometimes she hides. Any single released after the world-changing ...Baby One More Time would pale in comparison, and it looks like Brit isn't the biggest fan of its follow-up either. Still, props for the lovely video shot on a pier. Sometimes' total UK chart sales come in at a respectable 572,000 to date.

It's giving alt-pop excellence. A curious second release from Cheryl, who teamed up with her professional mentor Will.i.am for a song that is so out of left field, you kind of can't believe that this wasn't only a Cheryl Cole single, it actually peaked at Number 4 on the Official Singles Chart. Still one of her Top 10 best-selling hits in the UK, 3 Words' combined chart sales amount to 374,000 - with a decent 2.9 million in streaming figures too.

Oh, to be a teenage girl in 2010. Justin Bieber was pulling on pubescent heartstrings long before Baby; despite One Less Lonely Girl not even cracking the Top 40 upon its release, it's still clocked up 10 million audio streams, as well as UK chart sales of 178,000.

While Marina's debut single Hollywood functioned as a pastiche of American materialism (ironic considering the themes and content of her second album Electra Heart, where she leaned in to the pop stars she was parodying), I Am Not A Robot is a much more personal affair, clearly inspired by the likes of Kate Bush and Lily Allen. Reaching Number 26 on the Official Singles Chart, it's still a fan-favourite cut, with combined chart sales of 168,000 and streaming figures of 7.3 million to its name.

By and far the most successful second single on this list, Dua's Be The One was a monster breakout hit - with over 1.3 million UK chart sales, and a mammoth 110 million streams to match. It's a testament to how big Dua is now that Be The One's feather-light sonics could now be considered overlooked with hits like Don't Start Now, Cold Heart with Elton John and Physical.