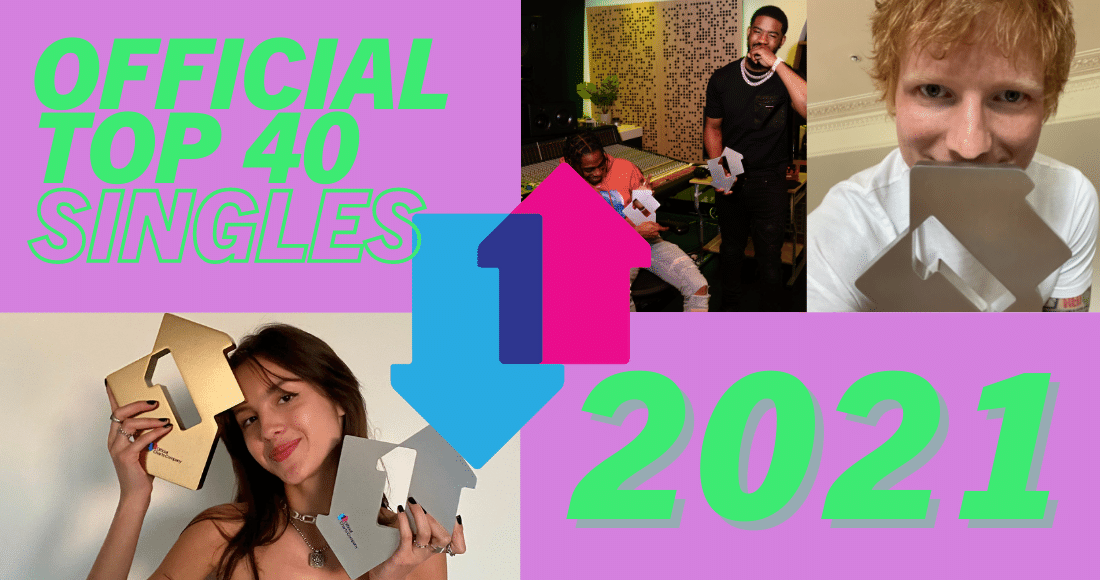 The UK superstar's comeback single, taken from chart-topping album =, shifted chart sales in excess of 1.7 million in 2021, comprising 204 million streams and 142,000 sales. Bad Habits was the longest-running Number 1 of the year, spending a total of 11 weeks at the top of the Official Singles Chart. It was Ed's tenth Number 1 and the first of four chart toppers for the singer/songwriter this in 2021. See Ed Sheeran's full chart history.

Ed's mammoth streaming numbers also reflect a change in the way the UK public is consuming music; with new BPI analysis of Official Charts Company data revealing that recorded music consumption rose by 2.5% in 2021, lead by over 147 billion streams, a rise of 5.7% on 2020. 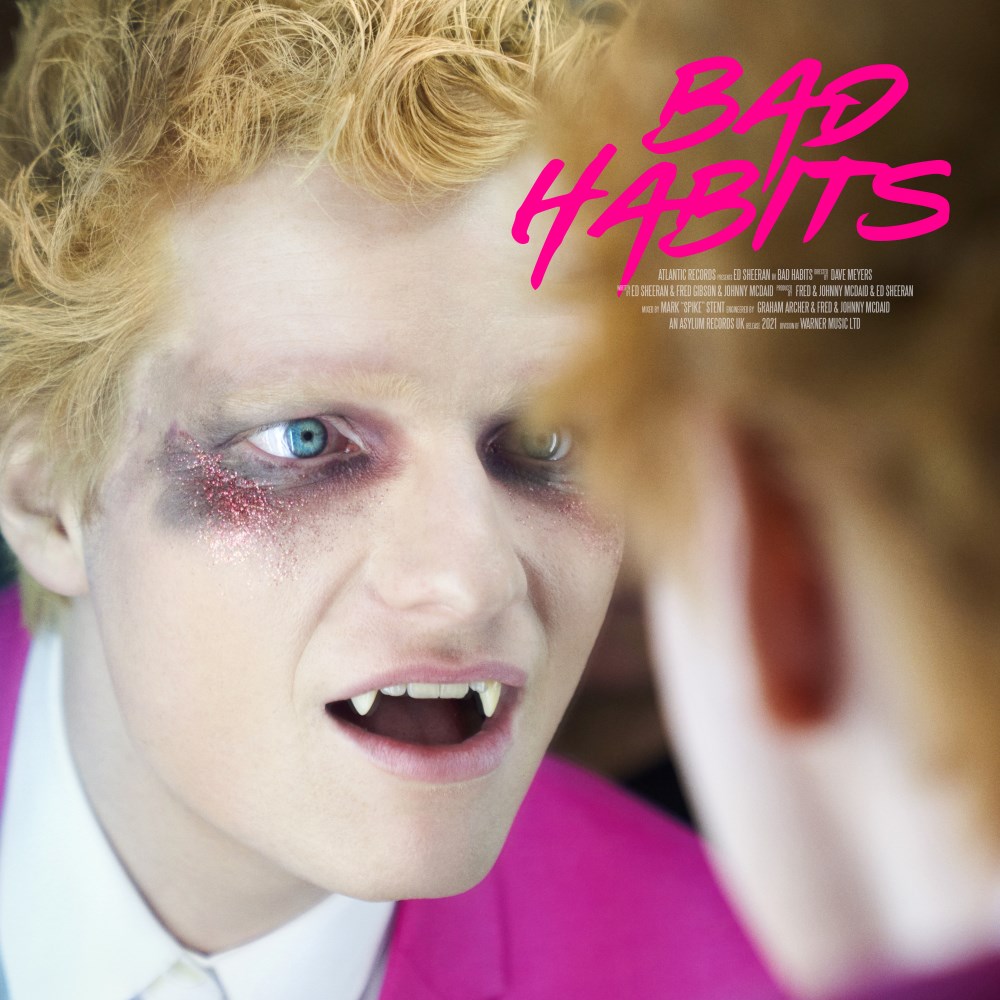 Streaming now accounts for well over four-fifths (83.1%) of all UK music consumption, with people of all ages discovering and enjoying the music they love through the format’s seamless connectivity. In June 2021 the UK witnessed its first week when audio streams topped the 3 billion mark – a feat since repeated three times in December.

180 artists achieved more than 100 million streams in the UK over the past 12 months, and nearly 2,000 artists saw their songs streamed at least 10 million times. Chart fact - typically a track needs to achieve over 1.4million audio streams in a single week to break into the Official Singles Chart Top 40.

At Number 2 is Olivia Rodrigo with her bratty break-up anthem Good 4 U, with 1.39m chart sales including 167m streams since its release in May. Olivia also takes third place in our year-end list with her debut single Drivers License, which has been streamed nearly 156m times. Drivers License set a new chart record upon its release in January, claiming the UK’s highest number of streams ever in a single day for a non-Christmas song. The track racked up 2.407m streams in 24 hours on Tuesday, January 12. 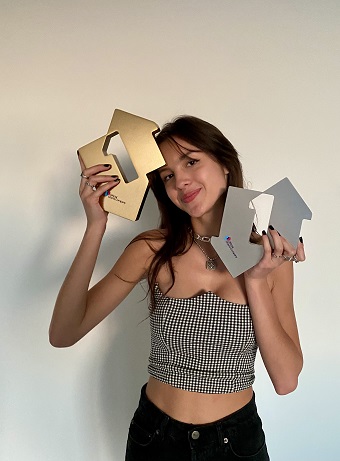 Chart double! Olivia Rodrigo pictured with her Number 1 Awards for Good 4 U and Sour.

Both Good 4 U and Drivers License are taken from Olivia's chart-topping debut album Sour. Olivia rewrote chart history earlier this year when she became the youngest solo artist in history to claim the Official UK Chart Double, at age 18 years and 3 months. See where all Olivia Rodrigo's singles charted in the UK.

Olivia also ties with Ed for the most entries in the biggest songs of 2021; both earning three. Olivia has one further entry down the chart with the wistful Deja Vu at Number 32, while Ed's chart-topper Shivers is at Number 15, and 2017 single Perfect at Number 35.

Other acts with multiple entries in the Top 40 include The Weeknd with Save Your Tears (4) and Blinding Lights (9), Dua Lipa's Levitating (6) and Cold Heart (Pnau Remix) with Elton John (21) and Lil Nas X with the scorching Montero (Call Me By Your Name) (5) and Industry Baby (32) and Joel Corry with last year's Head & Heart with MNEK (17) and Bed with Raye (18).

Adele not only managed to scoop the UK's top album of 2021, she left a dramatic impact on the singles front too - walking away with the biggest opening week of the year after Easy On Me debuted on the Official Singles Chart with over 217,000 chart sales across its first seven days.

The 2021 Christmas Number 1 from LadBaby, Ed Sheeran and Elton John also delivered the goods at lightning speed exactly when it mattered, Sausage Rolls For Everyone scored the second biggest opening week of 2021 in December with 136,000 units - it's the second most-downloaded song of the year too. 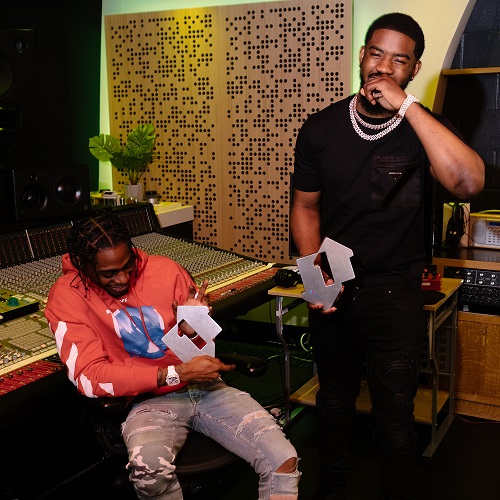 TikTok viral star Nathan Evans sailed sea shanty Wellerman all the way to Number 1 in March before mooring up as one of the UK's top tracks of 2021 (11). It was a good year also for Australian rapper Kid Laroi who broke through with two Top 10 singles, both of which make the end-of-year Top 20 - Stay (7) and Without You (19).

DJ Jonasu's summer tune Black Magic bags a place at Number 22, and duo A1xJ1 who met digitally during lockdown and secured their first Top 10 single this year with Latest Trends (25).

In contrast, the oldest track to make the end-of-year cut is Wham's perennial festive favourite Last Christmas (34), the song broke Official Chart records on 1 January, when it finally landed at the top of the chart some 36 years after its release - the longest time ever taken for a single to reach Number 1.