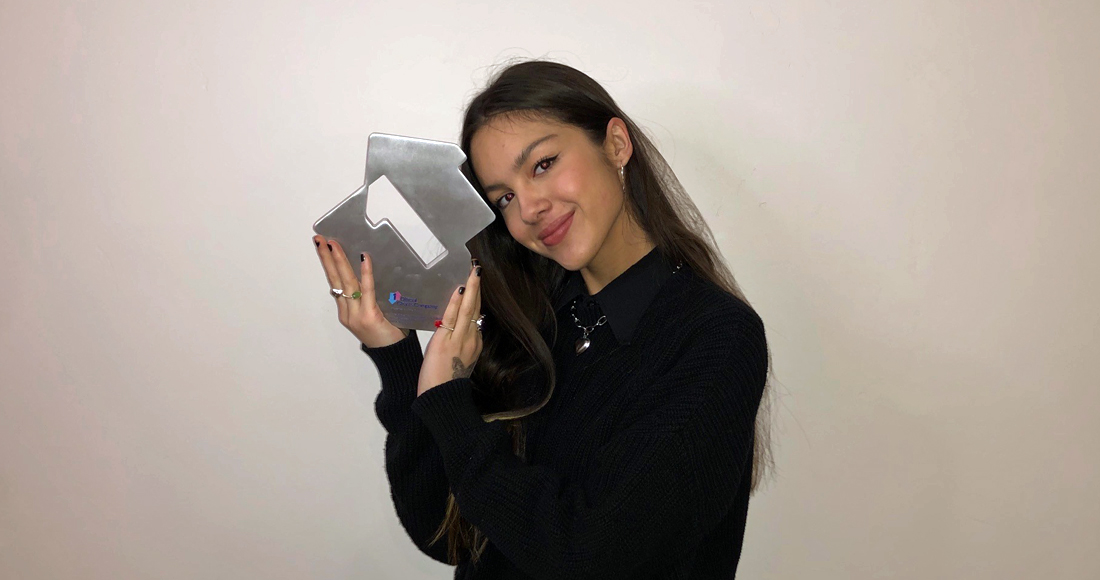 Rising star Olivia Rodrigo has officially arrived as Drivers License lands straight in at Number 1 on the Official Singles Chart with record-breaking streaming numbers, the Official Charts Company can confirm.

Billed as the singer, songwriter, and actor’s debut original single, Drivers License enters at the summit with an impressive 95,000 chart sales, including 10.9 million streams across the week.

According to Official Charts Company data, the track sets an all-new Official Chart record, as it surpasses Ed Sheeran’s Shape Of You to claim the UK’s highest number of streams ever in a single day for a non-Christmas song.

Celebrating the news, Olivia told OfficialCharts.com: "I want to say thank you guys so much it means the absolute world to me that you guys are listening to and loving Drivers License. Sending you all the love in the world."

US singer-songwriter SZA continues to climb with her latest track Good Days, leaping 14 places to Number 14, as does legendary DJ Tiesto with The Business, up ten spots to Number 21. Goosebumps by house producer HVME is also on the climb, rising 12 places to 25.

Further down, there are three new entries in this week’s Top 40. Bugzy Malone’s Notorious ft. Chip enters at 30, earning the rapper his fourth Top 40 hit. The Weeknd’s Save Your Tears lands at 34, his 24th UK Top 40 hit, and Saweetie’s Best Friend ft. Doja Cat is new at 35, the US rapper’s highest charting single to date.