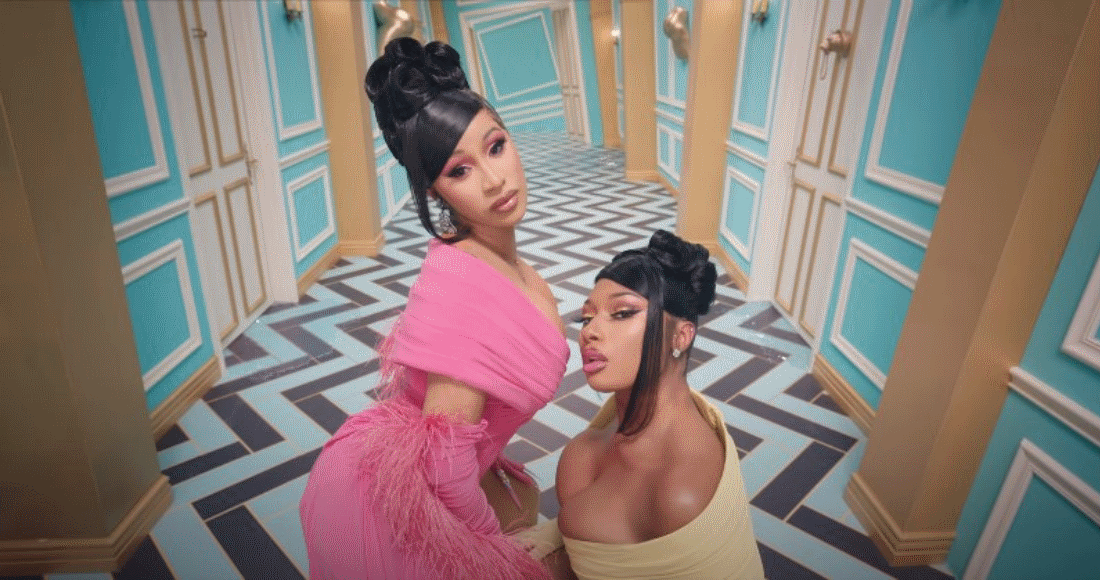 Cardi B and Megan Thee Stallion have claimed a second week at Number 1 on the Official Singles Chart with viral anthem WAP.

Landing in at Number 2 this week for a career-best placing is US rapper 24kGoldn, who moves up two places with Mood ft. Iann Dior; British rapper Headie One also reaches a new career peak as Ain’t It Different ft. AJ Tracey and Stormzy lifts two to Number 3.

Meanwhile, gaining their first-ever entry into the Top 10 this week is English DJ Paul Woolford, whose collaboration with Diplo, Looking For Me ft. Kareen Lomax, ascends to Number 8.