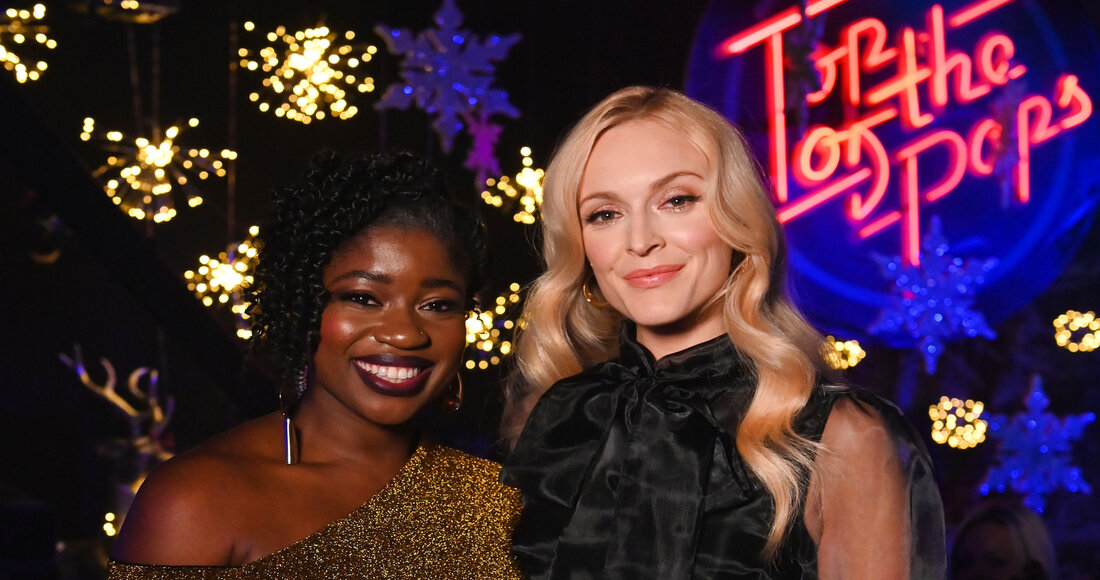 Top of the Pops has revealed its line-up for the two annual Christmas and New Year specials.

Hosted by Radio 1 DJ Clara Amfo and Ferne Cotton, the two episodes will air on BBC One on Christmas Day at 11.55am and New Years Eve at 4.20pm, and will feature talent that has dominated the Official Singles Chart throughout 2020.

Joel Corry & MNEK will perform their chart-topping smash Head & Heart together on the Christmas special. The dance bop reigned supreme this summer, holding the Number 1 spot on the Official Singles Chart for six weeks and becoming one of the biggest songs of the year in the process.

The duo will also be joined by Clean Bandit, who will be performing Tik Tock with Mabel, while AJ Tracey and Aitch will hit the stage with their Top 3 collaboration Rain. Also appearing will be BRITs 2020 Rising Star Award winner Celeste.

This year will see three different acts will be doing the rare double - appearing on both the Christmas and New Years specials, a true sign of pop dominance.

Becky Hill, Ella Henderson and YouTuber KSI will all be pulling double duty. Former The Voice contestant Becky hit the Top 20 twice this year, with dance collaborations Better Off Without You feat. Shift K3y and Heaven On My Mind with Sigala.

MORE: When is the 2020 Christmas Number 1 announced?

Ella Henderson previously topped the Singles Chart with the mighty Ghost, she's popped up in 2020 with solo single Take Care Of You and as an unfeatured vocalist on Nathan Dawe and KSI's Lighter, which peaked at Number 3.

Speaking of KSI, he's had quite the crossover year, with no less than two Top 3 singles to his name in 2020 and has already confirmed plans for a new single and album in 2021.