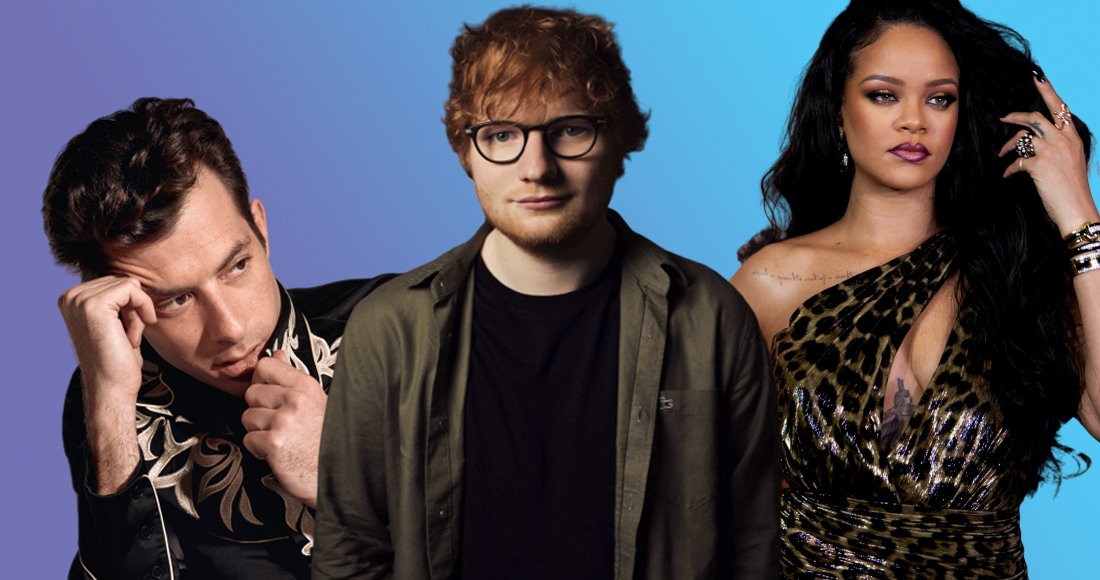 The Top 100 biggest songs of the 2010s has been unveiled, with Ed Sheeran's Shape Of You taking the Number 1 spot.

Ed, who has been crowned the UK's Official Number 1 Artist of the Decade, spent 14 weeks at Number 1 with Shape Of You in 2017. Since then it's amassed over 4.5m chart sales. It's one of three Ed tracks in the Top 5 end-of-decade list - Thinking Out Loud (3) and former Christmas Number 1, Perfect (5).

Ed has racked up a massive 38 weeks at Number 1 on the Official Singles Chart to date; he’s shifted an incredible 53.8m combined singles; and his tracks have been streamed an eye-watering 4.6 billion times in the UK alone. View Ed Sheeran's full Official Chart history.

Behind Ed's Shape Of You is Mark Ronson’s Uptown Funk ft. Bruno Mars (3.28m) - a seven-week chart-topper and instant classic upon its release in December 2014. Despacito (Remix) by Luis Fonsi & Daddy Yankee ft. Justin Bieber ranks fourth overall this decade (3.15m); the UK’s song of the summer 2017 and now the world’s most-watched music video on YouTube of all time.

The one that never went away

Despite being released in 2004, Mr Brightside by The Killers is the 12th biggest single of the 2010s, with 2.85m chart sales. The song’s popularity has endured over the past decade and is a regular feature in the weekly Top 100 singles chart, boosted by the inclusion of streaming into the Official Singles Chart in 2014.

Just under a quarter of the list is made up of female-led singles, the biggest being Adele’s Someone Like You. The five-week chart-topper that turned the Tottenham-born singer-songwriter into a global megastar in 2011 ranks 16th overall on 2.48m. Sia’s Cheap Thrills follows close behind at 18, and Dua Lipa’s 2017 Number 1 New Rules is at 27.