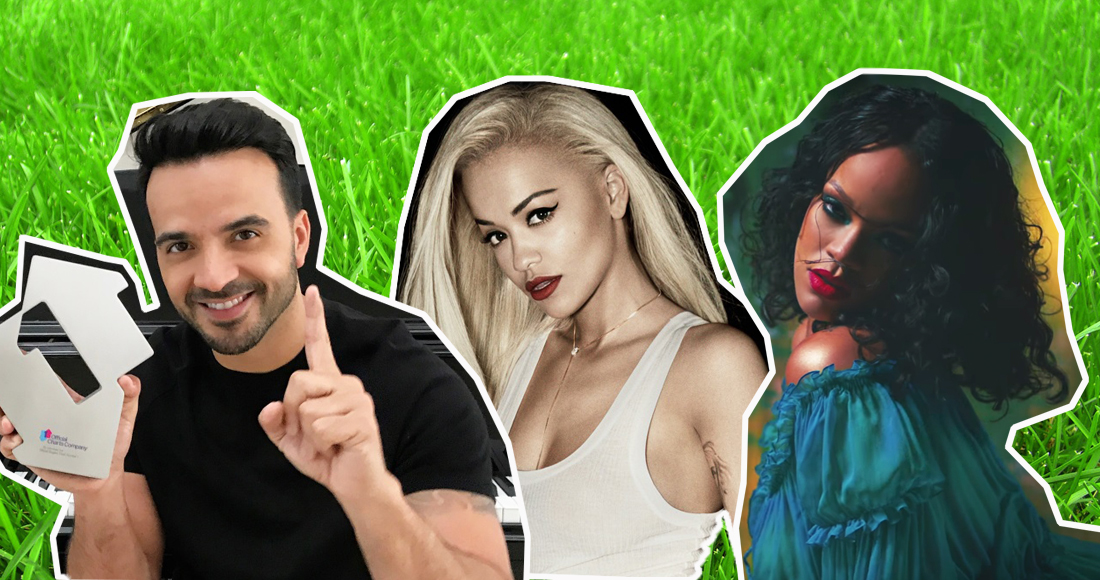 This summer has seen the UK rekindle its love affair with Latin pop music and leading the way is Luis Fonsi, Daddy Yankee and Justin Bieber’s Despacito (Remix), which claims the Official Biggest Song of Summer 2017 in a new list unveiled by OfficialCharts.com today, based on UK sales and streams.

Released in the UK in April off the back of its success around the world earlier in the year, Despacito hit Number 1 on the Official Singles Chart in May after Bieber jumped on a remix of the song.

Between the first week in June and the last week in August – the sales period for the Official Songs of the Summer list – Despacito notched up 1.1 million combined sales (according to Official Charts Company data), split across 347,000 downloads and 83 million plays across streaming services including Spotify, Apple Music and Deezer. Despacito’s total combined sales to date stands at 1.8m.

Logging a total of 11 weeks at Number 1, Despacito is one of the longest-reigning chart toppers in Official Chart history and arrives 18 years after Ricky Martin’s Livin La Vida Loca – the only other track by a Puerto Rican artist to reach the UK top spot.

French Montana’s Unforgettable ft. Swae Lee is the UK’s second biggest song this summer with 693,000 combined sales, despite not reaching Number 1. The song, which has been downloaded 100,000 times and has accumulated 59 million streams, peaked at Number 2 in August.

DJ Khaled’s Wild Thoughts ft. Rihanna and Bryson Tiller sits in third, with 691,000 combined sales during the summer period. The song, which samples Santana’s 1999 Latin pop hit Maria Maria, spent one week at Number 1 in July and a further eight weeks in the Top 10. Khaled’s mega collab I’m The One ft. Bieber, Quavo, Chance The Rapper and Lil Wayne also makes it into the Top 10 at Number 7.

Rita Ora claims the biggest song of the summer by a female artist with Your Song at Number 8 (470,000), with Little Mix’s Power at 9 (460,000) boosted this summer with a remix featuring Stormzy.

Ariana Grande’s One Last Time finishes as the twelfth biggest song of the summer. The track was originally released in 2015 but reached a new peak on the Official Singles Chart at Number 2 in June in the wake of the terrorist attack on Manchester Arena, which claimed the lives of 22 people. Proceeds from the reissued track went to the We Love Manchester Emergency Fund in coordination with the British Red Cross.

MORE: One Love Manchester - the most emotional moments from the benefit concert

Another charity track, Bridge Over Troubled Water by Artists For Grenfell, earns a place at Number 23. Released in support of the victims of the Grenfell Tower fire in which at least 80 people died, the Simon & Garkfunkel cover featuring the likes of Stormzy, Rita Ora, Jessie Ware, James Arthur and the London Community Gospel Choir topped the Official Chart back in June.

Elsewhere, five chart debuts from rising stars have broken through on the list Official Songs of the Summer. As well as Liam Payne’s Strip That Down (5), there are entries for Pretty Girl by LA singer-songwriter Maggie Lindemann (11), former Fifth Harmony star Camila Cabello’s Crying In The Club (19), the first major headline single from east London rapper J Hus, Did You See (20) and Chasing Highs by rising Finnish singer Alma (35).