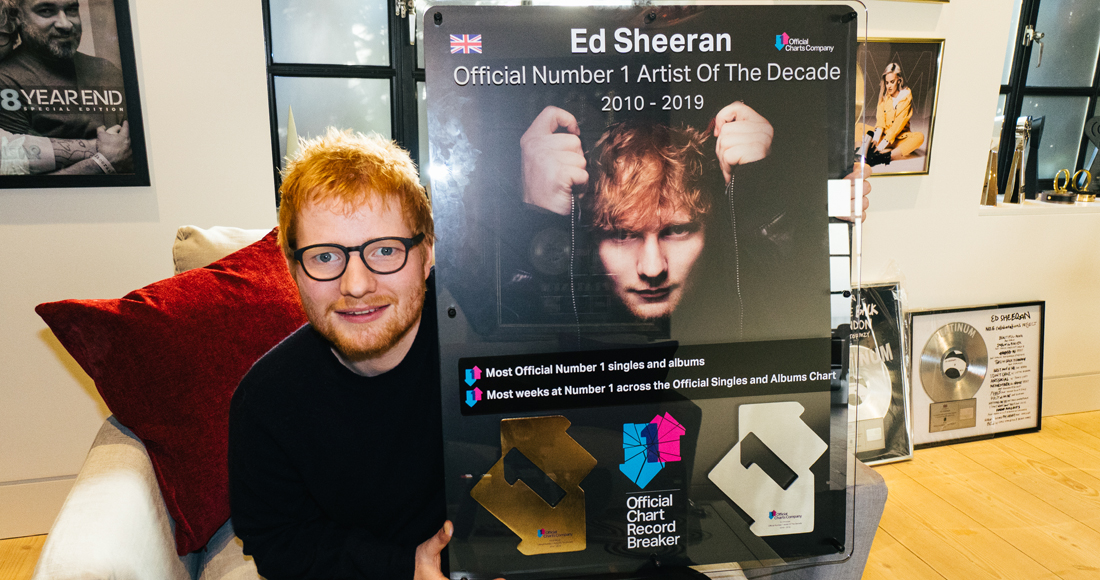 Ed Sheeran’s incredible run of chart success is reaffirmed today as he is crowned by the Official Charts Company as the UK’s Official Number 1 Artist of the Decade.

The Suffolk singer-songwriter turned global superstar is the recipient of a special Official Chart Record Breaker Award, celebrating the outstanding achievement of:

Ed is only the third recipient of the prestigious Official Record Breaker award from the Official Charts Company, who compile the UK’s Official Chart, as heard exclusively on BBC Radio 1 and MTV.  Previous recipients including Justin Bieber (the first act in history to hold all top 3 positions in the Official Singles Chart simultaneously), and Sir Paul McCartney as the biggest albums act of all time (22 Number 1s across his career).

"Thank you to everyone who’s supported me over the past 10 years," Ed told Official Charts, "Especially my amazing fans. Here’s to the next 10!" Watch Ed celebrate the news with his award below:

Martin Talbot, Chief Executive of the Official Charts Company, added: "Ed truly has dominated this decade and is a worthy recipient of this amazing new award.

"At the start of the decade, he was a little known (albeit highly rated) young 18-year-old lad from Suffolk - but his catalogue of achievements since then are genuinely remarkable. Today, he is firmly established among the highest level of global music superstars."

Ed Sheeran made his chart debut in 2011, when The A Team reached Number 3, kicking off his rise to superstardom. His first Number 1 came along in 2014 with Sing, and Ed has since claimed a total of eight chart-topping songs across the decade, most recently with Take Me Back To London ft. Stormzy this September. 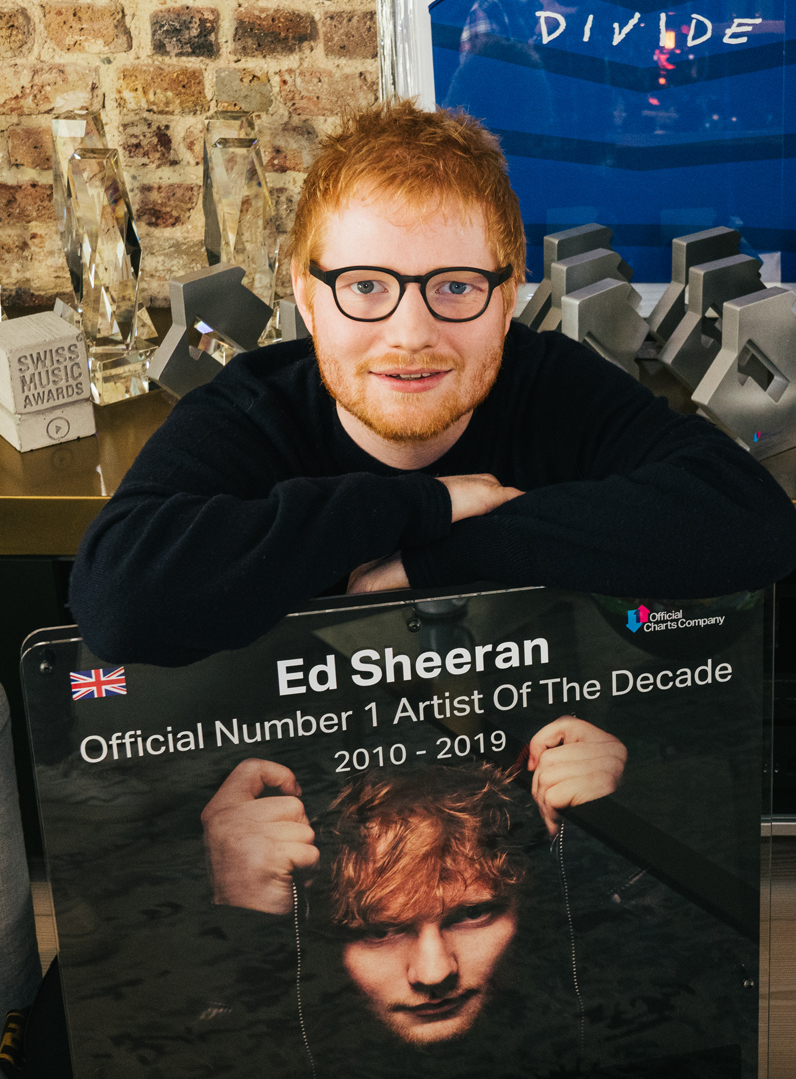 Ed has racked up a massive 38 weeks at Number 1 on the Official Singles Chart to date, he’s shifted an incredible 53.8m chart sales across his singles, and his tracks have been streamed an eye-watering 4.6 billion times in the UK alone.

No other act has scored more Top 5s, Top 10s or Top 20 hits this decade, or spent longer in the Official Chart Top 40 during that period than Ed’s mind-blowing 572-week residency.

In the last few days, Ed has now also surpassed 1,000 weeks in the Top 75 (1002 weeks), the only other artists in history to have reached this milestone are Elvis Presley, Cliff Richard, and Rihanna. Elvis achieved his 1,000 weeks in approximately 20 years, Cliff did it in 30 years, while Rihanna took some 11 years. Ed has reached the milestone in just 8 and a half years.

Ed also famously "broke the chart" in March 2017 when the release of his Divide album propelled all 16 tracks into the Singles Top 20 in the same week. A quirk of the streaming era, Official Chart rules have since changed to incorporate a limit of three tracks per artist, leaving Ed likely to hold the chart record forever as the artist with the most simultaneous Top 40 singles.

View the UK's Official Top 100 biggest songs of the decade

On the albums front, Ed is no stranger to breaking chart records there either. Divide is the fastest-selling album by a male soloist of all time after clearing a staggering 672,000 copies in its opening week, and Ed became the first and only act in chart history to log a whole year in the Top 10 with three different albums.

It’s no surprise then that three of Ed’s albums feature in the Top 10 biggest albums of the decade, led by x at Number 3 (3.5 million chart sales). All four of his albums, +, x, Divide and No.6 Collaborations Project, have now shifted 10.2 million combined sales and spent 41 weeks at the summit of the Official Albums Chart, more than any other artist this decade.

View the UK's Official Top 100 biggest albums of the decade