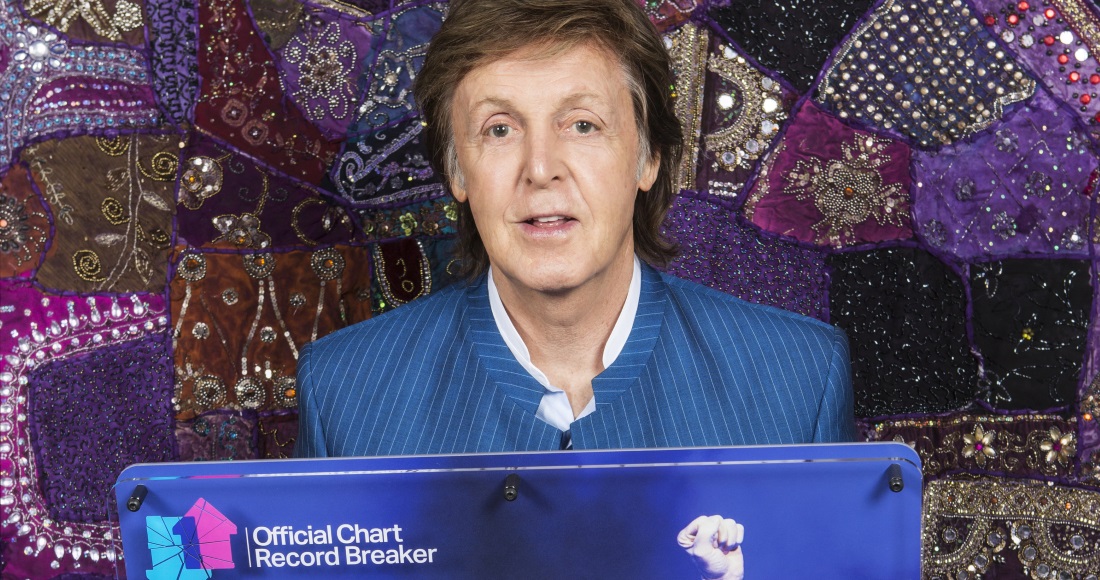 On this day 60 years ago, the first ever Albums Chart was published in the UK - and we're marking the occasion by honouring a true chart diamond.

The Official Albums Chart represents the most trusted and longest established measure of album popularity in Britain, and to celebrate today’s landmark birthday, the Official Charts Company is honoured to announce Paul McCartney as the UK’s most successful albums artist of all time.

Paul becomes the latest recipient of the new Official Chart Record Breaker Award - a prestigious new accolade presented to a selected elite of artists achieving the greatest feats on the Official Chart. 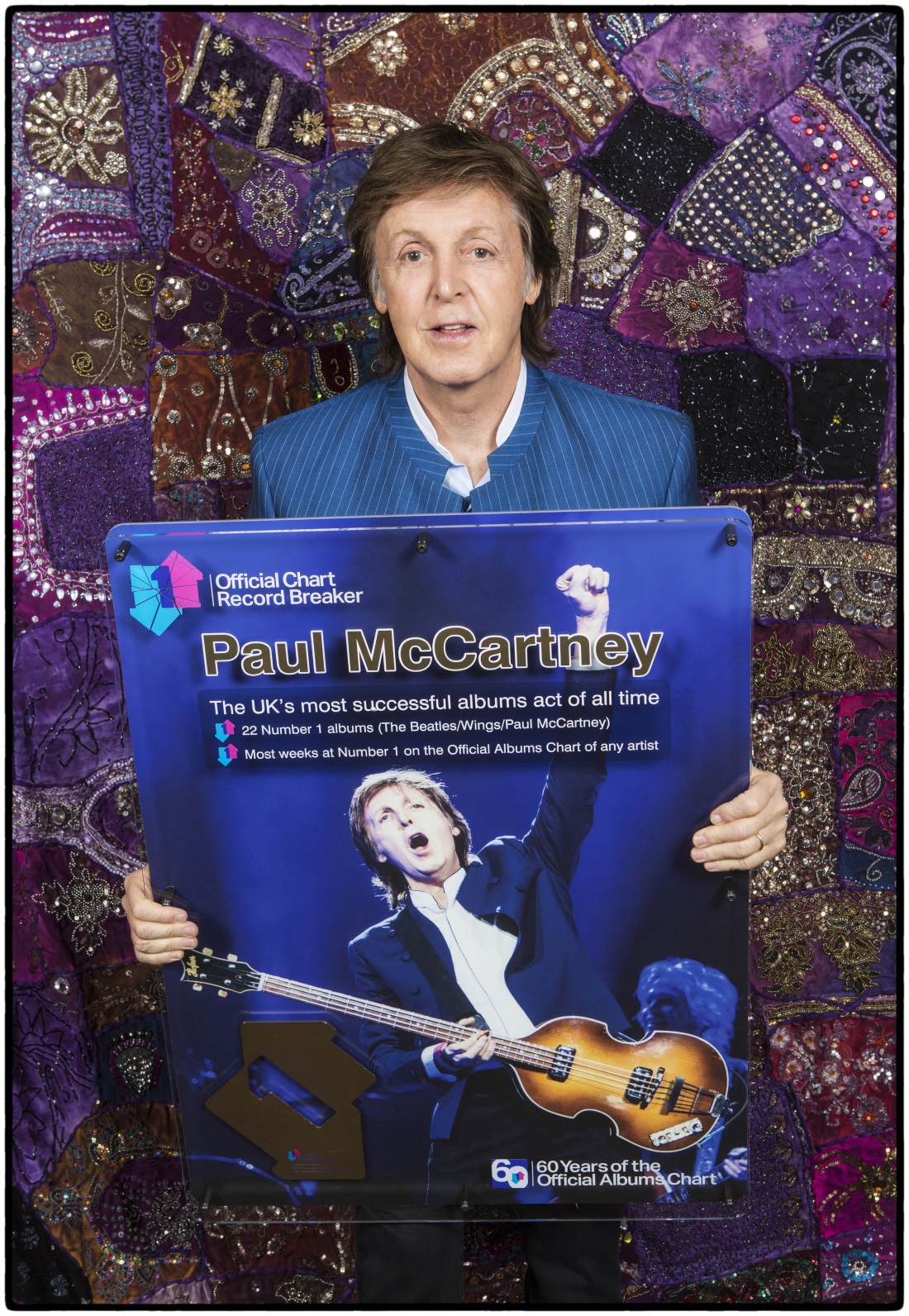 The music icon’s impact on the Official Albums Chart across the past six decades is something most artists can only dream of; racking up an astonishing 22 Number 1 albums across his illustrious career. Paul has scored 15 Number 1s as a member of The Beatles, two with Wings, four via his solo projects and one with Linda McCartney to become the most prolific chart topper in history.

Reacting to the news, Paul told OfficialCharts.com: “Okay, you know how it really feels? It feels unbelievable, because when you write your songs you don't count how well they're doing. I remember when Please, Please Me went to Number 1, that was our first Number 1 record, and it’s a beautiful feeling to suddenly get this [award], I mean it's amazing.

"So thank you to the people for giving it to me, I love you. And thank you to everyone who made it possible by buying the records, we love you too!"

Since his debut Number 1 as a member The Beatles in May 1963 with Please Please Me (the longest-running Number 1 debut album in chart history at 30 weeks), Paul has taken hold of the Official Albums Chart like no other individual, charting in the Top 5 at least once a decade in the last six decades. Spending a staggering 191 weeks on the albums throne across a 50+ year career, the former Beatle also claims the UK chart record for the most weeks spent at Number 1.

The chart records don’t stop there; Paul also played a hand in the biggest selling studio album of all time in the UK with The Beatles’ Sgt. Pepper’s Lonely Hearts Club Band, a record which has to date sold 5.1 million copies in Britain alone. See the full list of the UK’s Top 60 biggest selling albums of all time, as unveiled by us earlier this month.

Martin Talbot, Chief Executive, Official Charts Company, said: “It is a huge honour for the Official Charts to pay tribute to Paul McCartney’s incredible achievements with this special award.

"Over more than fifty years, Paul has been a fixture on the British and world music scene – so to recognise his contribution as part of the UK Albums Chart’s 60th birthday feels absolutely appropriate. Congratulations Paul! Here’s to many more Number 1 albums to come!”

MORE: See all our news and features celebrating 60 years of the Official Albums Chart

Enjoying top-flight UK chart success in every decade since the 1960s and selling 700 million albums globally, the legendary singer-songwriter is still making hit records and playing packed out shows worldwide. Last month his new career retrospective Pure McCartney charted at Number 3, while his current sell-out One On One world tour - which includes his first single ever with The Beatles’ Love Me Do, and his most recent track FourFiveSeconds with Kanye West and Rihanna - has pulled up in 11 countries since April.

Macca is only the second recipient of the new chart award, launched in February 2016. The inaugural winner was Justin Bieber, who was presented with his award after becoming the first act in history to hold positions Number 1, 2 and 3 simultaneously on the Official Singles Chart.

QUIZ: How many of the UK's 60 biggest selling albums do you own?

Remember the biggest selling album of every year since 1956? Click through our gallery below: