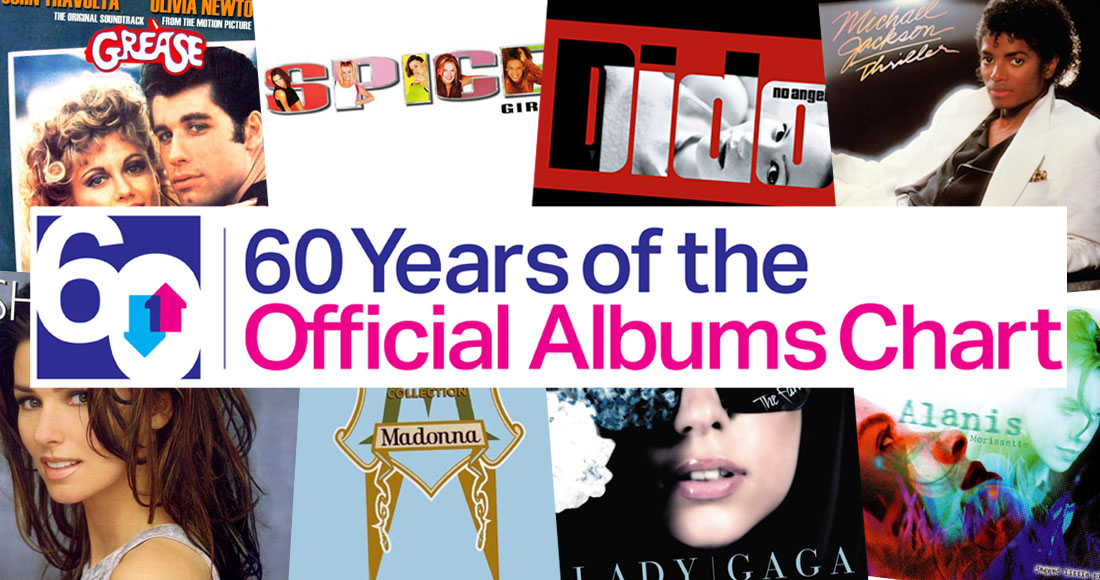 It's the diamond anniversary of the Official Albums Chart this year - that's 60 years since the very first Number 1 album was revealed (it was Frank Sinatra's Songs For Swingin' Lovers).

There's been nearly 1,100 Number 1 albums since then, and to kick off the celebrations throughout July, we revealed the UK's official 60 biggest selling records of all time.

And the mix of albums in the best sellers list is about as diverse as you can get; from Simply Red to Spice Girls, The Beatles to Bob Marley, and Madonna to Meat Loaf.

But how many of them are in your record collection or downloads/streaming libraries? And yes, you can include those albums you secretly played that were knocking around your parents' fancy HiFi system or kitchen stereo.

Click through the Top 60 below and show off the results - no matter how amazing or shameful they turn out to be...

While we're at it, you can look back through the UK's official biggest selling album of every year since 1956 below: