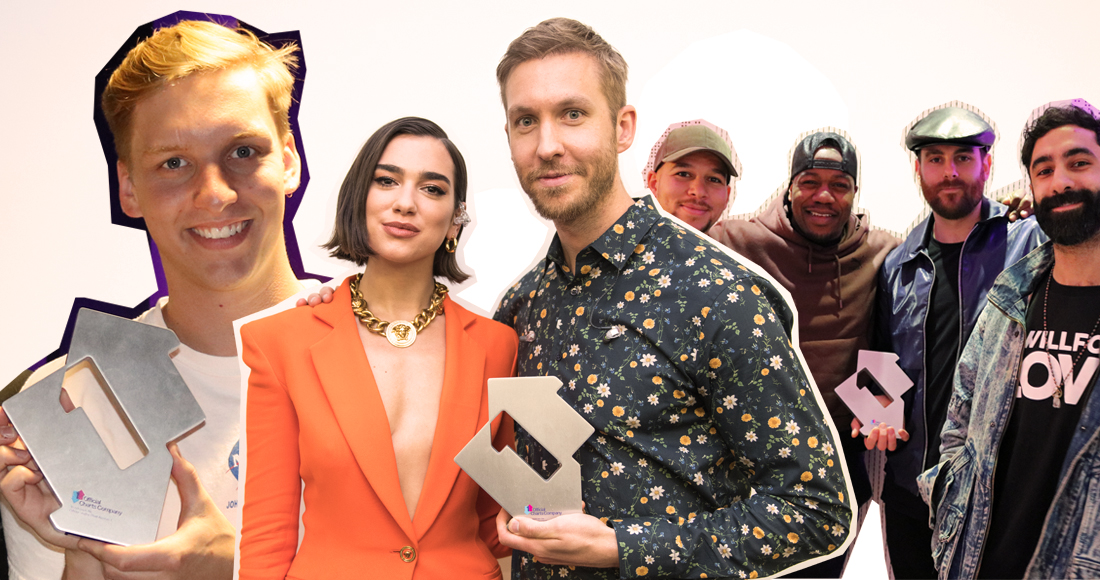 Congratulations to Calvin Harris and Dua Lipa, who claim the UK’s biggest single of 2018 on the Official Chart with One Kiss.

The track, which spent eight weeks at Number 1 between April and June, takes the top spot on the chart of the year with a combined sales figure of 1.57 million – made up of 137m audio streams, 15m video streams and 244,000 downloads.

MORE: Check out the Official Top 40 biggest songs of 2019 so far here

It was closely fought race for the top spot; Drake’s God’s Plan finishes just 7,000 combined sales behind (1.56m). The song, which trailed his fifth album Scorpion, spent nine weeks at the helm between February and April. Drake may have just missed out on the top spot, but he bags two more spots in the Top 40: fellow chart-toppers Nice For What and In My Feelings place at 7 and 15. God's Plan also finishes as the year's most streamed song with 147m plays. See Drake's full UK Chart history here.

Shotgun by George Ezra was the official song of the summer, and it's the third biggest track of 2018 with 1.49m combined sales, while another George tune, Paradise, is at 8 (1.11m). Check out George Ezra's biggest songs on the Official Chart.

MORE: The Top 40 biggest albums of 2018 on the Official Chart 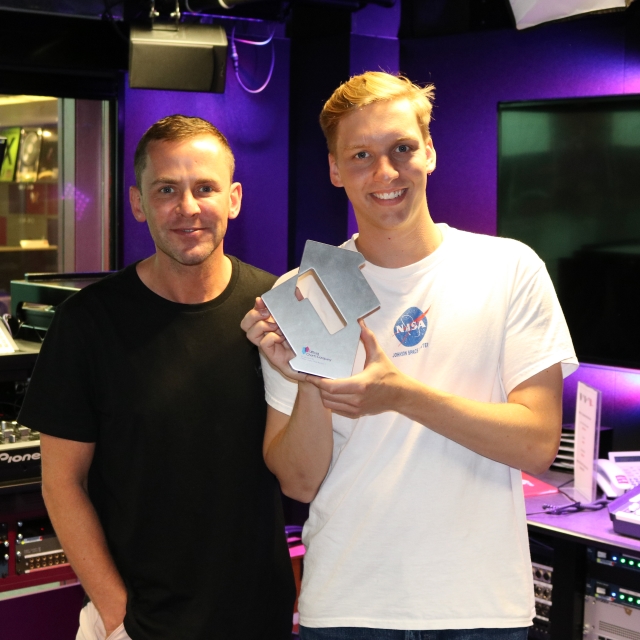 Keala Settle’s This Is Me from The Greatest Showman soundtrack is at Number 4, with 1.4m combined sales – it's also the biggest song of 2018 based on pure sales, clocking up 277,000 downloads.

Rudimental’s These Days ft. Macklemore, Jess Glynne and Dan Caplen – Number 1 for a single week in April – has topped 1.39m combined sales and is the year's fifth biggest song so far. These Days was key to Jess Glynne breaking the record for being the British female soloist with the most Number 1 hits, now tallying at seven. Jess Glynne's full UK Chart history can be found here.

Video streams began to be counted toward the Official Chart from July 2018, and the most streamed clip is Maroon 5 and Cardi B's Girls Like You, with 61m plays – it's at 26 on the overall tally of the year.

Aside from Portugal. The Man, the next top-selling breakthrough single is Lil Dicky viral Number 1 Freaky Friday, featuring Chris Brown, at Number 14 (953k).

It was a strong year for British acts on the Official Chart, with almost half (18) of the Top 40 made up of songs by (or featuring) British acts.

View the Official Top 100 Biggest Singles of 2018 in full

The Official Top 40 most streamed audio tracks of 2018

The Official Top 40 most downloaded singles of 2018

The Official Top 40 most streamed video tracks of 2018