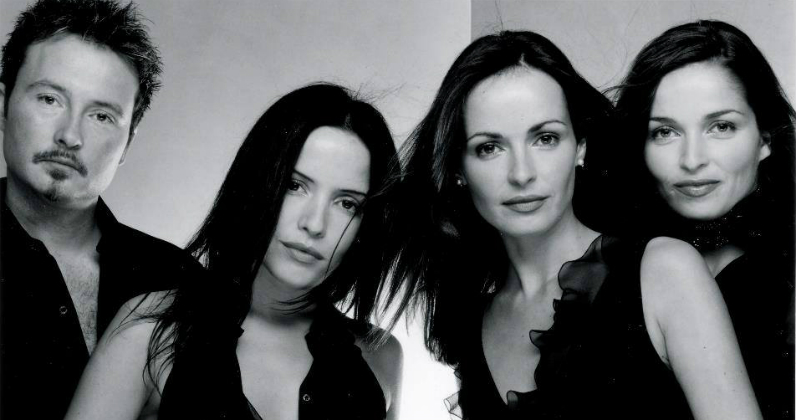 March 17 is St. Patrick's Day, and what better way to celebrate the snake-charming saint of the Emerald Isle than look back at the Republic of Ireland's stars who topped the Official Singles Chart in the UK?

In nearly 70 years of UK chart history, 15 Irish acts have reached the summit, landing a total of 46 Number 1s between them.

The clean-cut quartet – who started out as a quintet, of course – have claimed an incredible 14 UK Number 1s, making them Ireland's most prolific chart-toppers. Starting with Swear it Again in May 1999, their first seven singles all hit the top, breaking the Spice Girls' record for consecutive Number 1s since debut, racking them up in just 18 months. Westlife's first five chart toppers all featured on their self-titled debut album, making it the studio album that includes the most Number 1 hits. See Westlife's Top 20 biggest songs on the UK's Official Chart

It took eight Top 40 hits before U2 finally scored their first Number 1 in 1988, with Desire, but once they got oging, they didn't waste any time collecting a few more. With an impressive seven UK Number 1 singles to their name, U2 are one of the most successful acts in UK chart history.

The band are best known for their stadium-sized rock anthems, but they've flirted with dance music too; one of their most striking Number 1s was 2004's Take Me to the Clouds Above with LMC, which sampled their 1987 hit With or Without You, with lyrics lifted from Whitney Houston's How Will I Know. Their most recent Number 1 is 2005's Sometimes You Can't Make It On Your Own, the last in a trio of UK chart-toppers U2 scored in the space of one year.

MORE: Acts with the most Number 1s on the UK's Official Singles Chart

B*Witched are the only girl group to go straight in at Number 1 with their first four singles - that's right, not even the Spice Girls managed that one. Their first Number 1, C'est La Vie, was a million-seller too, spending two weeks at the top in June 1998. B*Witched also made history in March 1999 when their fourth Number 1 Blame It On The Weatherman knocked Boyzone's When The Going Gets Tough off the top, marking the first time an Irish act had dethroned another.

This fact may leave you Breathless (sorry), but the family four-piece The Corrs scored just one Number 1 in the UK. Breathless, written with Shania Twain's then-husband, super-producer Mutt Lange, spent a week at the top in July 2000, only to be deposed by fellow countryman Ronan Keating.

The track was the first single from the In Blue album, the long awaited follow-up to Talk On Corners, which spent 10 weeks at Number 1 in the UK. See where all The Corrs' singles and albums charted in the UK.

Speaking of Ronan, he's had a hand in quite a few chart-toppers. As lead singer of Boyzone, he scored six of them, kicking off with Words, in 1996, and solo, he's done it three times. His first solo Number 1 When You Say Nothing At All was elbowed from the top by Westlife, so Ronan holds the honour of being involved in all three occurrences of Irish folk replacing each other at Number 1.

For the most recent Irish act to top the Official UK Singles Chart, you have to go all the way back to 2012, when The Script teamed up with will.i.am to score their only Number 1 to date Hall of Fame.

Bolded acts in collaborations are the Irish musicians

Every Australian Number 1 ever

Every Welsh act to score a UK chart topper

Every Scottish act to bag a UK Number 1