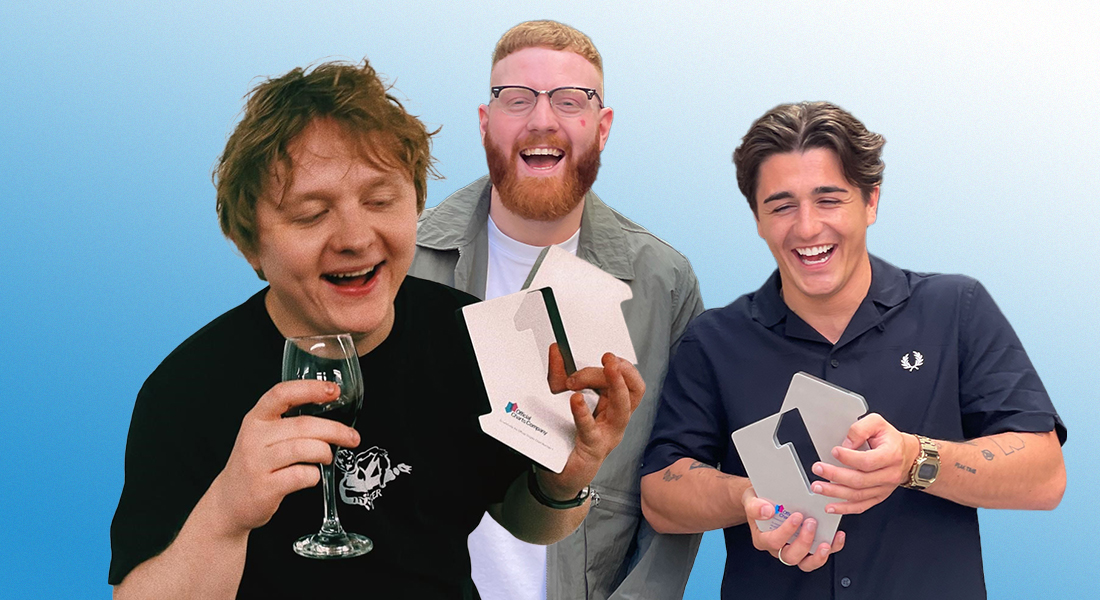 Lewis Capaldi has returned after a short time away to earn his third Official UK Number 1 single with Forget Me.

The 46th song by an act from Scotland to reach the peak of the Official Singles Chart marks Glasgow-born Lewis' second chart-topping single of the decade, following Before You Go which landed at Number 1 in February 2020. He's now the first Scottish artist to claim more than one Number 1 hit in the 2020s.

Overall, 30 Scottish solo artists/groups have scored a chart-topping single in the UK.

We've researched through 70 years of history in our chart archive, and here are a selection of the most notable. Scroll to the very bottom of the article for the full list.

Calvin Harris is by far the most successful Scot in the history of the Official Chart when it comes to Number 1s. 10+ years worth of Number 1 hits is not something everyone can achieve, and its made even more impressive when you see Calvin scored the most UK Number 1s of the 2010s, with eight.

Marti Pellow's successful group are the next most prolific when it comes to Number 1 singles, with three to their name. Wet Wet Wet's Billy Bragg collab With a Little Help from My Friends was their first Number 1 in 1988, and the followed that up four years later with Goodnight Girl.

Then in 1994, the third time really was the charm. Love Is All Around from the Four Weddings and a Funeral movie soundtrack spent 15 weeks at Number 1, the joint second-longest consecutive reign at the top EVER.

#ChartFact: All three of WWW's Number 1s kept a Kylie Minogue song off the top spot.

While Midge Ure never scored a chart-topper with his most famous group Ultravox, his first band Slik did hit the top spot in 1976 with Forever and Ever. Nine years later, Midge returned to the top as a soloist with If I Was.

It turns out that Scottish people are really good at TV talent shows. Pop Idol semi-finalist Darius was the first competition star to hit Number 1, with Colourblind in 2002. Shortly after, Fame Academy winner David Sneddon hit the big time with Stop Living The Lie in 2003.

Fast forward another year and Michelle McManus' Pop Idol winning single All This Time spent three weeks at Number 1. Finally in 2007, Leon Jackson won The X Factor and scored the Official Christmas Number 1 with When You Believe.

Other than Calvin Harris, Emeli Sande was the only other Scot to score multiple UK Number 1s in the 2010s. Emeli has climbed to the top spot twice, ironically knocking Calvin Harris from the top on both occasions. She has guested on Professor Green's Read All About It, and Labrinth's Beneath Your Beautiful.

The complete list of Official UK Number 1 singles by Scottish acts with credited appearances only (bolded acts in collaborations are the Scottish musicians):

Like this list? Take a look at: Every Australian Number 1 ever, Every Welsh act to score a UK chart topper, ALL the Canadians to hit the Official Singles Chart top spot