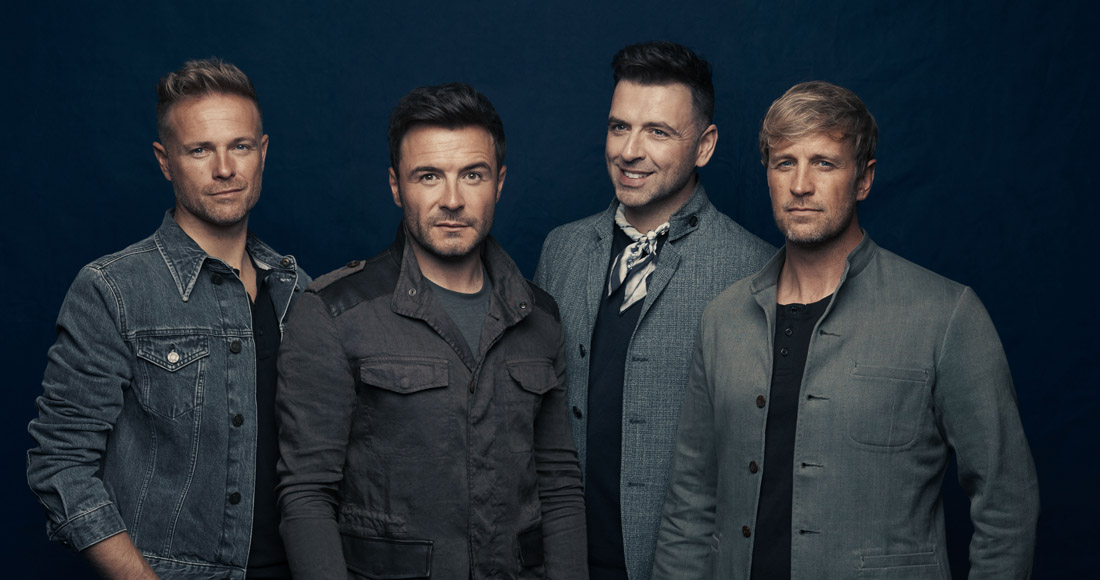 Westlife are one of the most successful groups of all time in the UK, holding fourteen Number 1 singles in the UK: a number only surpassed by The Beatles and Elvis Presley.

Known for stools (both for sitting on and getting up from dramatically), key changes, ballads and a few bops here and there, their first seven singles all debuted at Number 1 within 18 months of each other, leading a total of 25 Top 10 singles. Additionally, eight of their albums went straight to Number 1 on the Official Albums Chart, most recently with their 2019 comeback record Spectrum.

To celebrate the release of their new album Wild Dreams, below we reveal the definitive list of Westlife's Official Top 20 biggest songs of all time. First, a few highlights:

A rare early uptempo number, When You're Looking Like That never actually charted in its own right; it had to settle for being a double A-side with Queen Of My Heart.

Despite this it remains one of their most popular tracks – it's their 6th most streamed song, clocking up 25 million plays – and appears in 17th place overall with 276,000 units via streaming and downloads only (as physical sales aren't counted – Queen of My Heart keeps those all to itself).

In 13th place is My Love, in part an ode to the lads' home of Ireland. It's their tenth most-streamed single with 18 million plays. Make sure to check out the music video for this one, featuring shots of Ireland's stunning beaches and the Cliffs of Moher – and some pretty liberal use of a green screen. 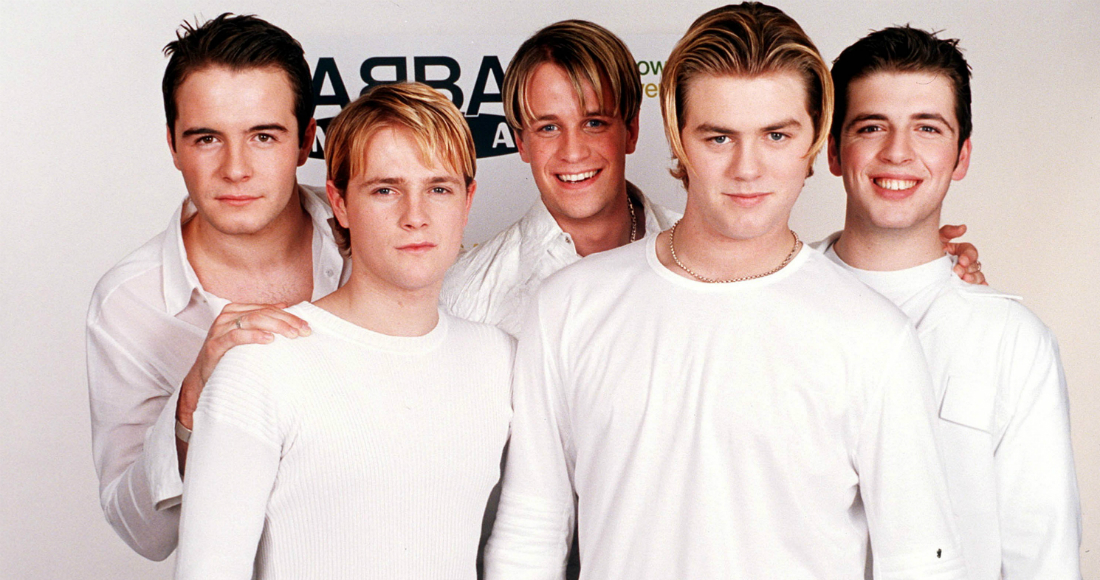 Westlife and Mariah? In the same studio? This really happened and the results were stellar. Westlife helped Mariah take her version of Phil Collins' 1984 Number 2 hit all the way to the top in 2000, notching up 507,000 chart sales to date. Westlife would repeat this formula five years later, teaming up with Diana Ross on a new version of her 1991 Number 2 hit When You Tell Me That You Love Me, which also peaked at Number 2. That single just misses out on their overall Top 20, however. 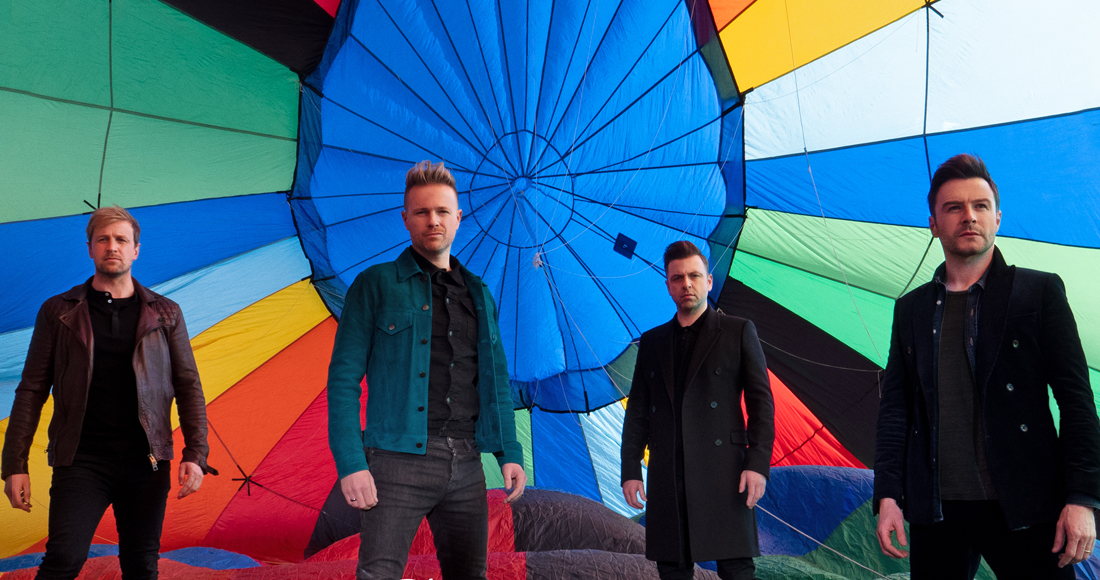 After an eight-year hiatus, after calling time in 2011, Westlife returned with a bang with this breezy Ed Sheeran-track, peaking at Number 13 on the Official Singles Chart - an impressive feat for a band whose hits pre-date the streaming era. It's their eighth biggest single overall, but ranks as their most-streamed song to date with 54.5 million plays.

A double-A side and two covers for the price of one, Westlife scored the Official Christmas Number 1 of 1999, and thus the first chart-topper of the 21st century. Westlife's version of I Have A Dream did what the original could not – ABBA's version had to settle for Christmas Number 2 exactly 20 years earlier, behind Pink Floyd. Blimey. It's their fourth biggest single and has shifted 707,000 chart sales. 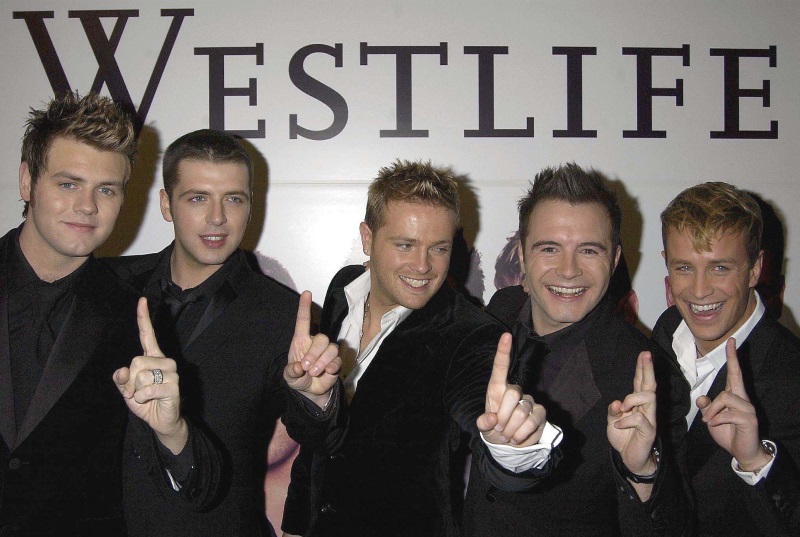 Though it's been covered by countless artists, You Raise Me Up was first made popular by Josh Groban in 2003. In third place overall, Westlife's now iconic version is the first and only rendition to reach Number 1, dethroning Arctic Monkeys' debut single in November 2005.

The band's third straight Number 1 in 1999, Flying Without Wings is pop balladry at its finest. The rousing choir, Mark's impressive vocal acrobatics, their pristine white outfits and angelic smiles – millions of hearts across the country were lost and Westlife's place as kings of weepy slow songs was assured. It ranks as their second biggest single overall, with 800,000 chart sales, including 37 million streams. 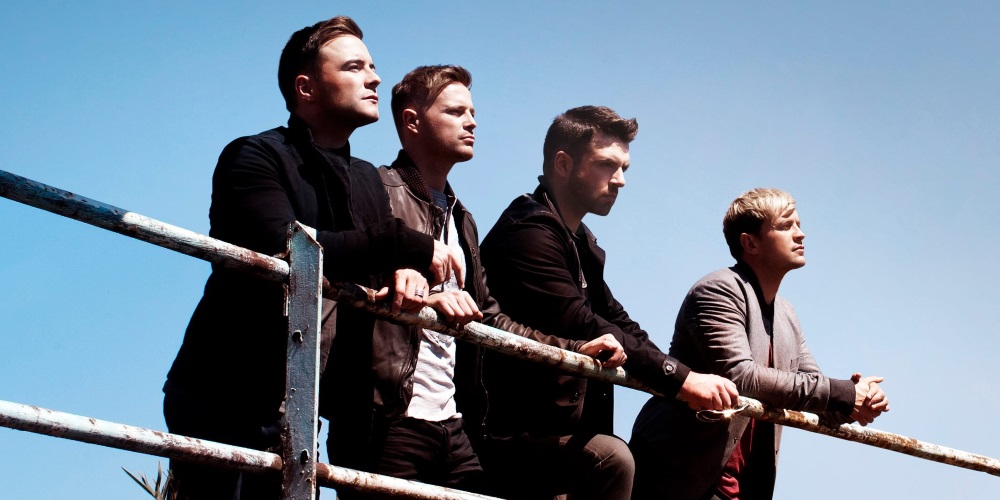 Westlife's cover of the Billy Joel classic became their eighth Number 1 in 2001, and ranks as their biggest single overall with 1.1 million chart sales. In the video for the track, which was Comic Relief's charity single that year, the boys sport some rather fetching American diner uniforms to serve high class patrons, portrayed by the likes of Robert Bathurst, Tim McInnerny, and of course Claudia Schiffer as the titular Uptown Girl.

Charity songs used to do pretty big business on physical format, as they tended to be available in most supermarkets, which is why to date the song's physical sales make up 67% of its total figure (748k).