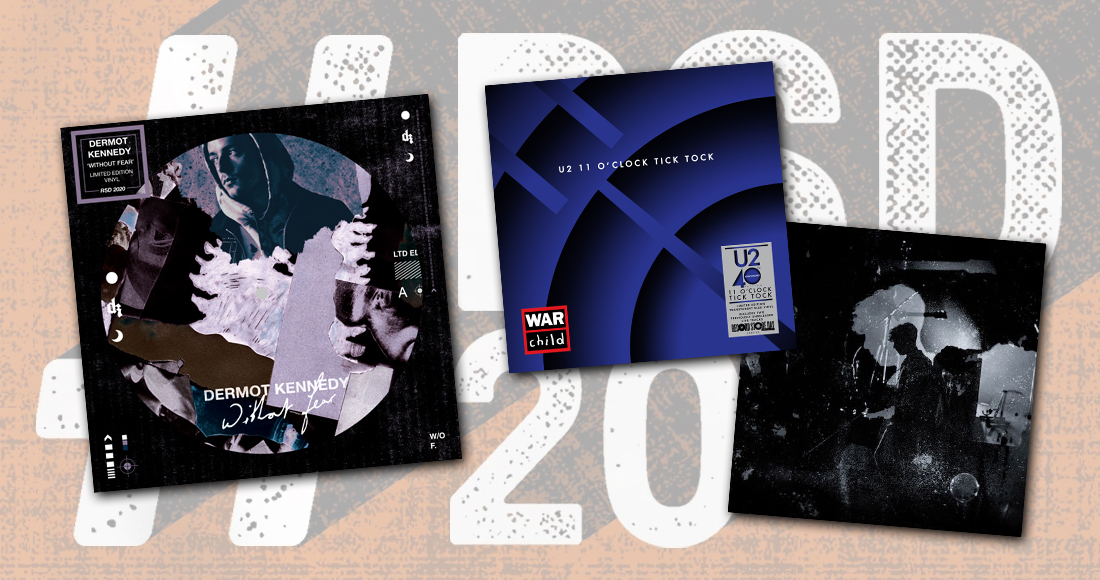 Record Store Day 2020 is just a few weeks away, and some Irish acts past and present are getting in on the action.

Saturday April 18 will see 570 exclusive limited edition vinyl products go on sale in record shops across the globe, with 41 stores in Ireland stocking the rarities that range from albums that have never been pressed to vinyl before, remix collections and unreleased archive tracks. View the full list of participating Irish retailers.

So what Irish music will be represented during the annual event? Let's take a look.

The folk legend is partaking in RSD 2020, reissuing his 1972 album Prosperous. Out of print for nearly 40 years, Moore's second studio album will be pressed on coloured vinyl for the very first time and has been remastered from the original master tapes.

2020 has been pretty kind to David Keenan so far. The folk singer's debut album A Beginner's Guide To Bravery reached Number 6 on the Official Irish Albums Chart in January, while his track Unholy Ghosts reached the Official Irish Homegrown Chart Top 20.

The fact David's debut LP is the fastest-selling vinyl album of 2020 so far probably means his RSD release is going to fly off the shelves. Alchemy & Prose: Live Recordings takes tracks from his January 2020 set at the Olympia Theatre in Dublin plus unreleased acoustic recordings.

Dermot Kennedy is releasing another variant of his debut album Without Fear for Record Store Day. The album is already available on black, white, and marbled variants, and a limited picture disc version will hit stores on April 18.

Without Fear was the fastest-selling debut of 2019 in Ireland, and became the longest-reigning Number 1 debut album by an Irish act in five years.

Girl Band are also giving some of their live recordings the Record Store Day treatment. Vicar Street Live features songs performed at the iconic Dublin venue across the two nights the post-punk group played there. On black vinyl, the record features songs from both of the four-piece's albums Holding Hands with Jamie and The Talkies, both of which peaked at Number 11 on the Official Irish Albums Chart.

Ahead of the release of their debut album later in 2020, Inhaler are putting out a trio of 7" double-sided singles: We Have To Move On/Ice Cream Sundae; It Won't Always Be Like This/Oklahoma - Late Night Version; and My Honest Face/There's No Other Place.

A brand-new compilation album of Kirsty MacColl B-sides is being released exclusively for Record Store Day 2020. Pressed on clear vinyl, Other People's Hearts features unreleased tracks recorded during the sessions for Kirsty's 1989 album Kite, including You Just Haven't Earned It Yet Baby written by Johnny Marr and Morrissey.

The only studio album from the prog rock band, Swaddling Songs has been remastered exclusively for RSD, replicating Mellow Candle's original gatefold sleeve, which this time houses white vinyl.

Fresh from their debut album When I Have Fears reaching Number 2 on the Official Irish Albums Chart last August, The Murder Capital get in the RSD spirit by spotlight two tracks from the album Love, Love, Love and On Twisted Ground. These live versions were recorded at The Dome, Tufnell Park, London in October 2019.

The legendary U2 are wheeling out some blue vinyl, celebrating the 40th anniversary of their first single released on Island Records. 1980's 11 O'Clock Tick Tock and original B-side Touch feature, plus live versions of Touch and Twilight taken from a September 1980 gig at The Marquee in London.