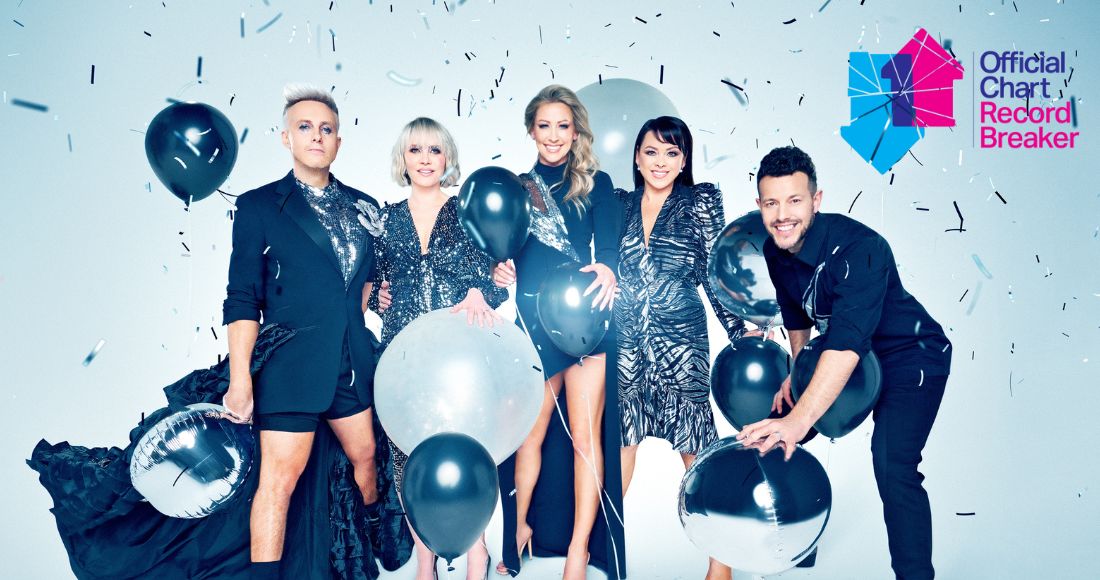 Today is a big day of celebration for Steps, who have just gained their fourth Number 1 album in the UK – and first in 11 years – with The Platinum Collection.

In doing so, Steps join a very select club; other bands to have achieved this feat include the Rolling Stones (the first to do so, they’ve since become the first band to score Number 1 albums in six separate decades), Stereophonics and ABBA. While fellow pop legend Kylie Minogue became the first female artist to clinch a Number 1 album in five different decades with the release of DISCO back in November 2020.

Steps previously hit the top spot on the Official Albums Chart with Steptacular (1999), Gold: Greatest Hits (2001) and The Ultimate Collection (2011).

Speaking exclusively to OfficialCharts.com, Steps said, “We could NOT be more thrilled that our Platinum Collection is this week’s UK Official Number 1 album! We have the best fans in the world, and this is all down to their incredible support.

After a three-way chart battle this week against Aitch and Madonna, Steps come out on top as the most physically purchased and digitally downloaded album of the week in the UK.

The most-streamed record of the week comes courtesy of Mancunian rapper Aitch who not only achieves his highest-peaking project yet on the Official Albums Chart, with debut studio album Close To Home debuting at Number 2, he also claims a chart first.

Aitch’s Close To Home becomes the first album to chart on the UK Official Albums Chart to include NFT technology, setting an exciting precedent for future artists to follow. Aitch fans can select a unique NFT collectible artwork bundled with a physical copy of the album. This historic moment follows just a matter of months after The Amazons’ forthcoming album was announced as the first ever release containing NFT content to be approved eligibility for the UK Official Albums Chart – that record is set to be released next month.

US rockers Panic! At The Disco – now comprised solely of Brendon Urie – claim another new entry inside the Top 5 this week, debuting with their seventh album Viva Las Vengeance (5), which becomes their fifth Top 10 album.

Oasis are also celebrating a 25th anniversary with their third studio album and one of the fastest-selling records in history, Be Here Now, which re-enters the Top 10 this week (6) after previously topping the chart in 1997. Following a return to their pop-punk roots, Demi Lovato’s Holy Fvck becomes their fifth Top 10 album in the UK (7).

Finally, sea shanty singers Fisherman’s Friends haul in their fourth Top 40 LP with the OST for One And All (39), taken from the new biographical sequel of the same name starring James Purefoy and singer Imelda May.