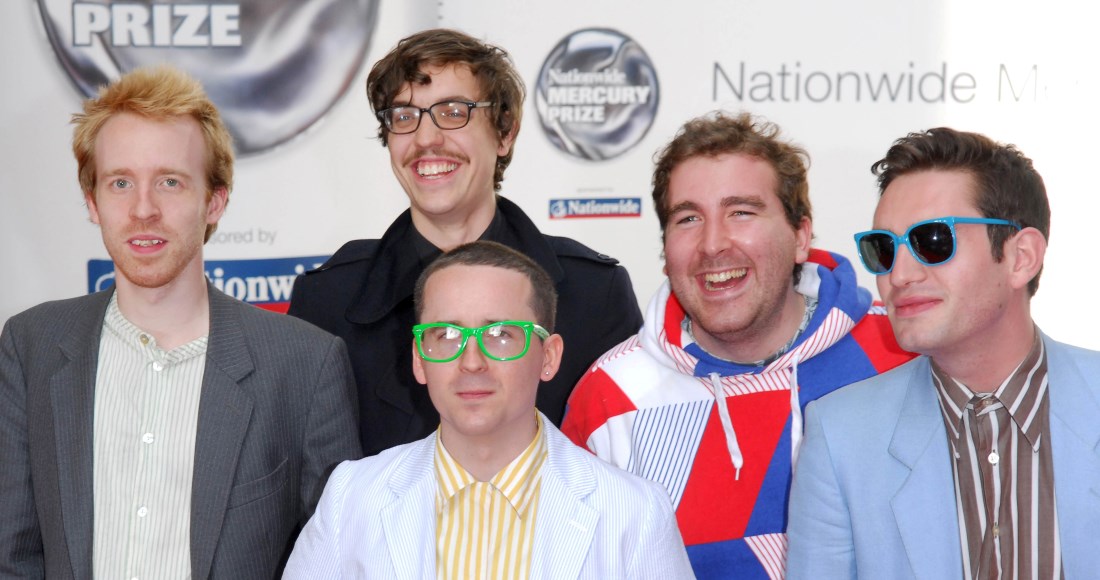 Hot Chip are an English synth-pop band formed in London in 2000, who consists of multi-instrumentalists Alexis Taylor, Joe Goddard, Al Doyle, Owen Clarke and Felix Martin. Hot Chip began when Taylor and Goddard started writing songs together after meeting as students at Elliott School, Putney. Hot Chip’s second album The Warning saw the quintet hit the UK's Official Chart, with the album's big single Over and Over becoming their first Top 40 hit. Hot Chip have been nominated for the Mercury Prize, a Grammy, an Ivor Novello award. Their 2008 album Made In The Dark is their highest-charting and topped out at Number 4 on the Official Albums Chart. Image: Nils Jurgensen/Shutterstock