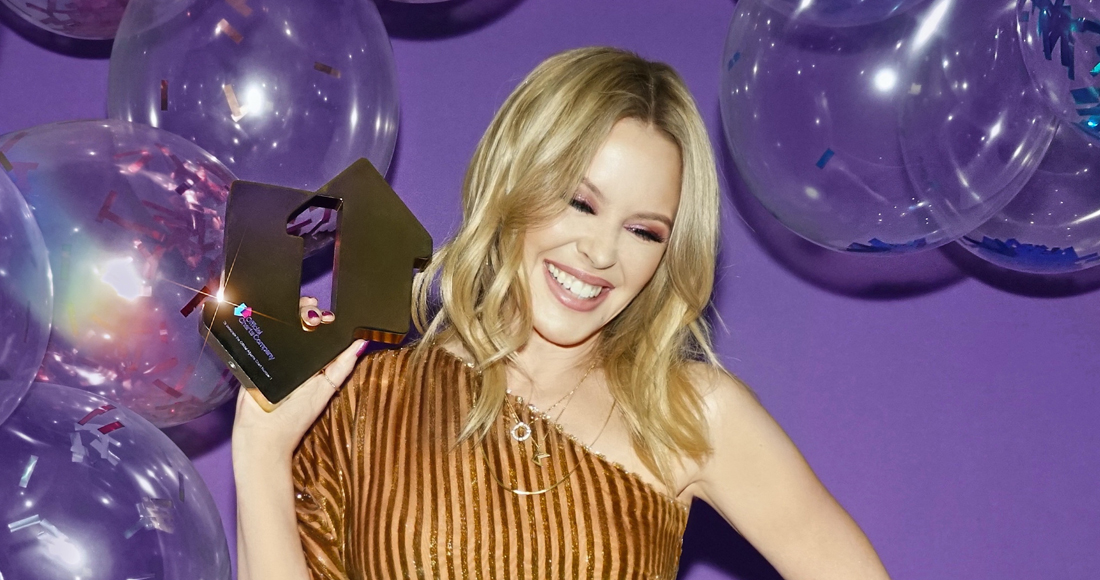 Congratulations to Kylie Minogue, who claims this week’s Number 1 on the Official Albums Chart with her new collection DISCO, setting an incredible new Official Chart record in the process.

This week's result means Kylie sets a new Official Chart record, becoming the first female artist to score a Number 1 on the UK’s Official Albums Chart in five consecutive decades - in the ‘80s, ‘90s, ‘00s, ‘10s and ‘20s. See where all of Kylie’s hit singles and albums have charted.

Watch Kylie's suitable disco-fied reaction to the news below...

"Official Charts Company, thank you so much!" Kylie told OfficialCharts.com. "DISCO has entered the charts at Number 1! I don’t know what to say, I’m lost for words, thank you to everyone who has supported this album and this campaign, it means the world to me. I’m so touched that it’s made it’s way to your hearts. I love it!”

Kylie’s DISCO was the best-seller of the week both physically and on digital downloads, plus also claims one of the fastest-selling vinyl albums of the year, with 13,500 copies sold on wax.

An eighth Number 1 means Kylie also now surpasses the likes of Sir Elton John, Sir Cliff Richard and George Michael in the all-time league of acts with the most UK Number 1 albums.

It means Little Mix, who have been locked in a nail-bitingly close battle with Kylie all week, finish at Number 2 with their sixth album Confetti. The group claim the most-streamed album of the week and their sixth consecutive Top 5 collection.

Another big Official Chart record has been set on this week’s chart, by Dame Shirley Bassey. Her final album, I Owe It All To You, is new at Number 5, making her the first female artist to claim a Top 40 album in seven consecutive decades. Shirley scored her first Official Albums Chart entry in 1961 with Fabulous Shirley Bassey. Her latest collection is her first Top 5 in 42 years, since 1978’s 25th Anniversary Album. See Shirley Bassey’s chart history.

Elsewhere, British rapper Dutchavelli scores a Top 10 debut at Number 8 for his debut mixtape Dutch From The 5th.