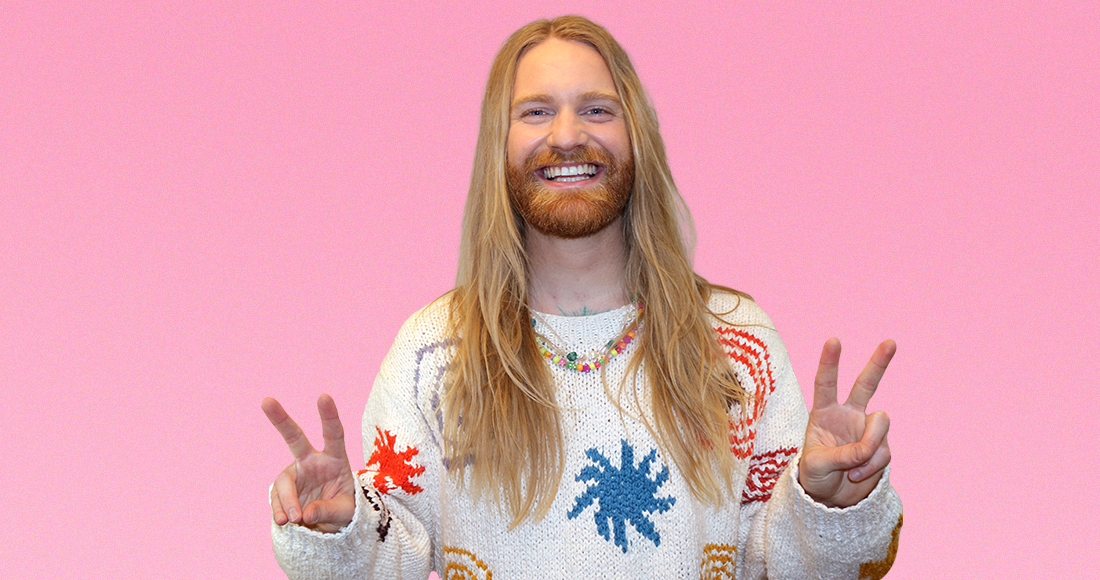 After a nail-biting finish in what proved to be the most exciting chart battle of the year so far, Eurovision hero Sam Ryder is just pipped to UK Number 1 by Harry Styles’ As It Was.

While Harry Styles made a strong start to the week, momentum following his Eurovision performance saw Essex singer Sam nudge ahead midweek, with Harry reclaiming the lead again at the final whistle.

Just like at last weekend’s ceremony, he may not have clinched first place, but it’s safe to say Sam Ryder has captured the UK (and Europe’s) heart following his success at this year’s Eurovision Song Contest. This week, SPACE MAN rockets up to Number 2 becoming the highest-charting UK Eurovision entry since Gina G’s chart-topping Ooh Ahh…Just A Little Bit in 1996. Sam even outperforms previous Eurovision winners Katrina & The Waves whose 1997 winning hit Love Shine A Light peaked at Number 3. SPACE MAN claims the UK’s most-downloaded song of the week, landing Number 1 on the Official Download Chart.

Speaking on breaking any stigma around Eurovision, Sam tells OfficialCharts.com:

“We wanted to take on this negative Eurovision stigma in the UK – this habitual loop of cynicism and telling ourselves Europe doesn’t like the UK.

"That was absolutely not the case, we don’t subscribe to that narrative whatsoever. The result gives strength to that idea. We’ve stripped away at the negativity and shone a bit of light in its place. Eurovision is my favourite thing in the world – I’m so stoked that I got to be a part of this story with my friends and my team.”

And speaking about his chart rival Harry Styles, Sam adds: “I feel like what Harry stands for, as a fan of his and listening to his music, he stands for the same things that Eurovision celebrates; a freedom of expression, of inclusivity. A celebration of music, joy and togetherness”.

Commenting on the success of the song, co-writer Amy Wadge also tells OfficialCharts.com:

“It feels like a bit of music history. To be part of something that’s culturally shifted the public’s view on Eurovision, is so lovely. We’ve ignored this amazing opportunity for artists and songwriters for too long.”

Eurovision and BBC Radio 1’s Official Chartpresenter Scott Mills, says: “I’m so proud of Sam Ryder for securing the UK’s Official Number 2 spot with Space Man. It’s the UK’s first Eurovision chart contender from this millennium and Sam deserves it so much after his incredible performance in Turin. We at Radio 1 have got behind Sam like no other Eurovision entry and the support for him right from the start has been amazing!”

Securing Number 1 on the Official Singles Chart for a seventh consecutive week, Harry Styles now ties with Disney’s Encanto sensation We Don’t Talk About Bruno for the longest-running Number 1 of the year so far. As It Was reigns with over 6.4 million streams. See Harry’s Official Charts history in full here.

Following the release of his first album in five years, Mr Morale & The Big Steppers, Kendrick Lamar debuts three new tracks in the chart this week, including two in the Top 10; N95 (6), Die Hard (7) and United in Grief (14).

Further down the chart, we also have a new entry from Tion Wayne and La Roux with IFTK (16) it’s Tion’s eighth Top 20 hit in the UK, and La Roux’s first in 13 years, since Bulletproof hit Number 1 in 2009 (the song samples her debut single, In For The Kill).

George Ezra continues to hit new heights with Green Green Grass up nine to a new peak (22),Benson Boone rises one with In The Stars (24) and Benzz’s viral hit Je M’appelle also jumps eight to it’s best chart position yet (26).

After an eight-year hiatus, My Chemical Romance return with new single The Foundations of Decay (37) which becomes the band’s ninth Top 40 hit, Eurovision winners The Kalush Orchestra gain their first UK chart entry with Stefania (38) and finally, Tom Grennan’s Remind Me rises three to crack the Top 40 for the first time (40).