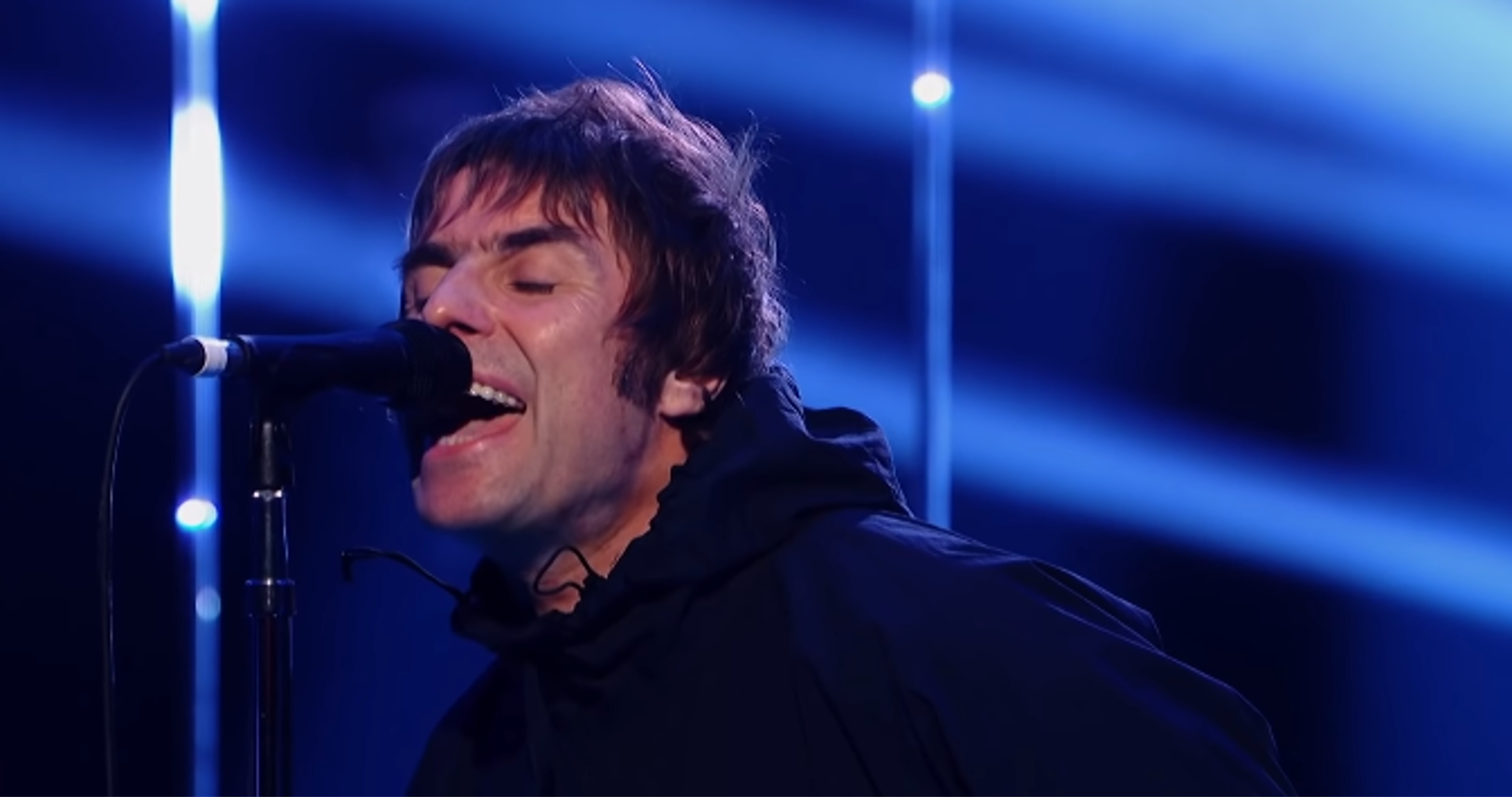 Liam Gallagher has certainly been no stranger to chart success in recent years with three solo Number 1 albums under his belt, but now he's set to make an impression on the Official Singles Chart too with new charity single All You're Dreaming Of.

The track, co-written with Simon Aldred, could be about to deliver the Oasis star his highest-charting solo single to date on Friday. The UK's most downloaded track of the week so far and the week’s highest new entry after 48 hours, All You're Dreaming Of is Number 12 on tonight's Official Chart First Look, broadcast on BBC Radio 1.

Billed by Liam himself as a song that Bing Crosby would be proud of, the new festive track performed last night on The Jonathan Ross Show, has been confirmed by the Official Charts Company as an early contender for the Official Christmas Number 1 2020 crown. All You’re Dreaming Of is available digitally now, plus a 12" and limited edition white 7" vinyl version are due for release on the day the Christmas Number 1 race 2020 kicks off (December 18). Proceeds are going to UK charity Action For Children.

Compiled by the Official Charts Company, the UK's Official Christmas Number 1 race 2020 takes place 18-24 December, the winner will be revealed exclusively on BBC Radio 1 on Christmas Day afternoon and the Top 100 singles and albums published on OfficialCharts.com. Follow @OfficialCharts on Twitter, Instagram and Facebook for race updates and sign up to the newsletter for breaking news.

Elsewhere, Ariana Grande looks set to make it a sixth week at Number 1 with Positions on Friday, as Little Mix’s Sweet Melody climbs one place midweek to Number 2.

Miley Cyrus Midnight Sky could be looking at a new peak position of Number 3, first entering the chart some 15 weeks ago, it’s previous best was Number 5.

A flurry of festive favourites old and new make big leaps forward since Friday - Mariah Carey’s All I Want For Christmas leads the charge, up 10 places at the beginning of the week to Number 4 and will be one of four Christmas songs potentially breaking into the Top 10 when the final chart is announced on Friday.

And finally, Burton-born DJ Nathan Dawe & Little Mix’s new collaboration No Time For Tears starts its chart journey at Number 32, the second highest new entry of the week so far.

The final Official Chart Top 40 will be unveiled exclusively on BBC Radio 1’s Official Chart with Scott Mills this Friday from 4pm, with the full Official Singles Chart Top 100 published here on OfficialCharts.com from 5.45pm.