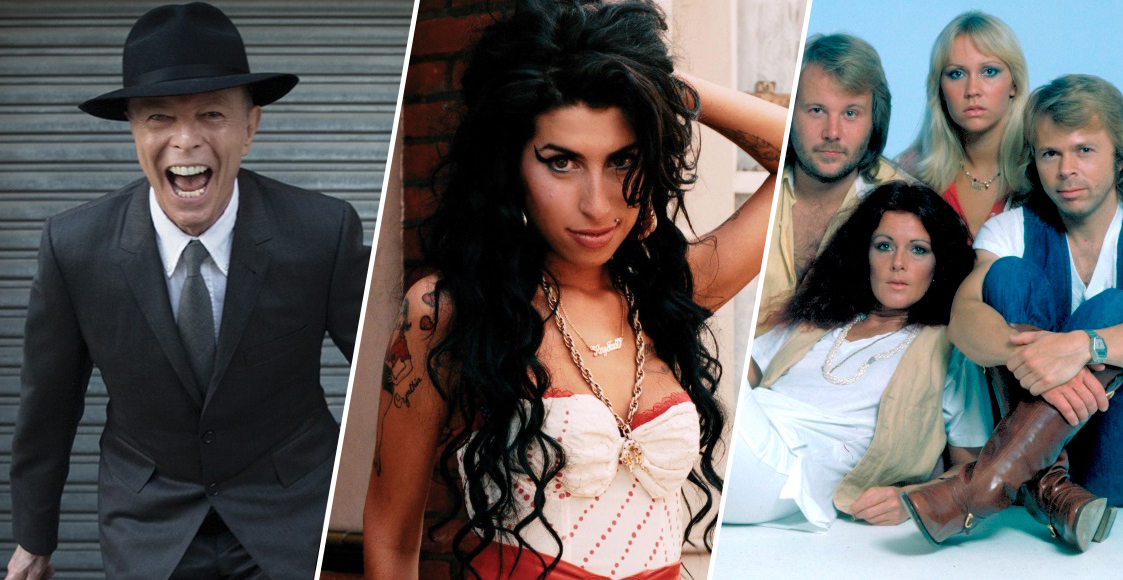 Dame Shirley Bassey recently announced that her upcoming 37th studio album will be her last.

The new LP I Owe It All To You will function, she says, as her "grand finale" as a recording artist, featuring her first original material in 11 years.

But Dame Shirley is not the first and she certainly won't be the last musician to bow out with a bang.

Below, we've compiled a list of some of the most notable farewell albums by popular musicians - critically acclaimed collections that were either knowingly released by acts as their last album, or the final album released before their death.

Dame Shirley Bassey - I Owe It All To You

We have to start with the Dame herself.

The Goldfinger icon announced her next album as only a true diva can - in style, and with one eye to the exit.

I Owe It All To You is a mixture of jazzy standards and covers of pop classics, including Elvis’ Always on My Mind, Beyoncé’s I Was Here (!) and Don’t Know What Love Is from A Star Is Born. Needless to say, the powerful pop icon is going out with a mighty roar.

David Bowie remained in complete control of his craft, even up to the very end.

Blackstar would be the final release by the iconic pop legend, just two days before Bowie died of liver cancer.

Before his passing, the Life On Mars star's illness had not been made public, so re-listens of the album reveal a startling and harrowing look at a man staring back at his own mortality.

His 25th studio album, Blackstar would debut at Number 1 on the Official Albums Chart and net Bowie a posthumous Brit Award for Best British Male. Learn more about how Bowie's death impacted the charts here.

Amy Winehouse - Back To Black

The last record released before Amy Winehouse's untimely death in 2011, Back To Black still casts quite the shadow over British music.

Heartfelt, uncompromising and emotionally fraught in places, the album functions as an eerie parallel to the tumultuous times of its artist, and singles like Rehab, Back To Black and Tears Dry On Their Own are now right looked upon as modern classics.

Back To Black was also named as the second-biggest album of the 21st Century so far by the Official Charts Company, shifting over 4 million copies to date.

It wouldn't be the last we would hear from Amy, though. A posthumous collection of previously unreleased tracks, Lioness, became her third UK Number 1 album and one of the biggest-ever posthumous success stories.

Leonard Cohen - You Want It Darker

Best known for his original composition Hallejulah (notably covered by Jeff Buckley and X Factor winner Alexandra Burke), Leonard Cohen would go on to release his 14th album You Want It Darker 19 days before his death in November 2016.

The last album released in his lifetime, You Want It Darker's grapple with Cohen's impending death can be heard in several song, not least the title track, where he swaps verses in English and Hebrew, declaring "I'm ready, my Lord."

Cohen's son would then help release a continuation of You Want It Darker last year, Thanks For The Dance becoming the singer-songwriter's sixth Top 10 album. View Leonard Cohen's full history on the Official Charts here.

Now widely regarded as one of the greatest albums ever made, Closer pushed Joy Division further into the post-punk aesthetic, a claustrophobic and unforgettable dance record infused with shades of the gothic.

Not included in the album, however, is the band's best-known hit, Love Will Tear Us Apart, which preceded the LP by a month.

Last year, Joy Division's equally-acclaimed first album Unknown Pleasures made its debut on the Top 40 of the Official Albums Chart, exactly four decades on from its first release.

An outlier on this list given that Never Mind... was the first and only album released by Sex Pistols before they imploded.

Still, the album's influence is still palpable to this day, peaking at Number 1 on the Official Albums Chart in 1977 and containing one of the most controversial singles of all time.

God Save The Queen was an anti-monarchist anthem, released to coincide with the then-Silver Jubilee of Queen Elizabeth II in 1977. Despite reaching Number 2 on the Official Singles Chart, Radio 1 refused to play the single in one of the only times the compilation of the Official Charts has been disrupted.

ABBA have been teasing us incessantly about the imminent release of new music from the iconic four-piece, but it stands that their last studio album together is also perhaps their least understood.

MORE: ABBA Gold is the UK's longest-running Top 100 album ever

The Visitors moves away from the polished, pristine sheen of previous LPs like Voulez-Vous and Super Trouper. Like a lot of the albums on this list its darker and more introspective, as the group splintered following the divorces of Bjorn and Agnetha and Benny and Anna-Frid, respectively.

Originally peaking at Number 1 in the Official Albums Chart in 1981, The Visitors has perhaps been overshadowed by the group's return to cultural prominence with the blockbuster ABBA Gold, but its a final chapter worth re-visiting. View ABBA' full history on the Official Charts here.

Grace would be the only album released by singer-songwriter Jeff Buckley before his accidental and tragic death in 1997.

Originally released in 1994, Grace peaked at Number 31 on the Official Albums Chart, but despite first attracting mixed reviews and modest sales, the collection would grow in prominence and regard following Buckley's death.

This, of course, is down to his cover of Leonard Cohen's Hallelujah, which saw a resurgence in popularity in 2007, eventually peaking at Number 2 on the Official Singles Chart.