After the first 48 hours of the 2021 Christmas Number 1 race (#XmasNo1), social media star LadBaby takes an early lead and could be on course to make Official Chart history this Friday when the winner is revealed exclusively on BBC Radio 1's The Official Chart with Scott Mills.

Currently ahead of the competition in the battle for the most coveted Number 1 of the year, LadBaby could gain their fourth consecutive Christmas Number 1 with Sausage Rolls For Everyone, featuring Ed Sheeran and Elton John – a sausage roll-themed rework of Ed & Elton’s own new festive track Merry Christmas, in aid of The Trussell Trust food banks.

Sausage Rolls For Everyone is currently the most downloaded track of the week, but in the biggest chart race of the year, there can be no complacency. If YouTube family Mark and Roxanne Hoyle do manage the historic feat, they would be the first act ever to achieve four consecutive Christmas Number 1s. They currently tie with The Beatles and Spice Girls with three apiece. However, victory is by no means assured for LadBaby and with five days left in the race, it’s still all to play for. See all of LadBaby's Christmas Number 1s so far.

Ed Sheeran and Elton John are LadBaby’s closest competitors after the first 48 hours with the original version of Merry Christmas currently at Number 2. In the hopes for a modern Christmas standard of their own, could Ed and Elton overtake LadBaby and retain their place at the top? If they did, it would be the third consecutive week at Number 1 for Merry Christmas, as well as Ed’s second and Elton’s first ever Christmas Number 1 single.

It would be unfair to discount some proper festive classics for battling for the Christmas Number 1 crown this Friday too. Currently, Wham! have the most-streamed track of the week so far with Last Christmas. Could George and Andrew reach Number 1 for the second time this year perhaps? Not far behind them is Mariah Carey with All I Want For Christmas Is You, her yuletide classic reached Number 1 for the first time ever last year. With streaming figures now more important than ever to chart placements, don’t count them out.

At Number 5 midweek, the second-most downloaded track of the week so far is punk band The K**ts with the controversial Boris Johnson Is Still A F**king C**t – a follow on from their 2020 campaign which finished in the Top 5 last year. It’s a strong start, but the band will need to keep up the momentum to hold on to their current placing against the streaming might of other tracks.

George Ezra’s Come On Home For Christmas is also looking to burst into the Top 10 for the first time this week, rising nine to Number 6, while other Amazon Music exclusives are also on the rise. Olivia Dean’s The Christmas Song could ascend 21 places to a new peak of Number 17. Camila Cabello could gain this week’s highest climber with I’ll Be Home For Christmas vaulting an impressive 24 spots to Number 19 midweek. 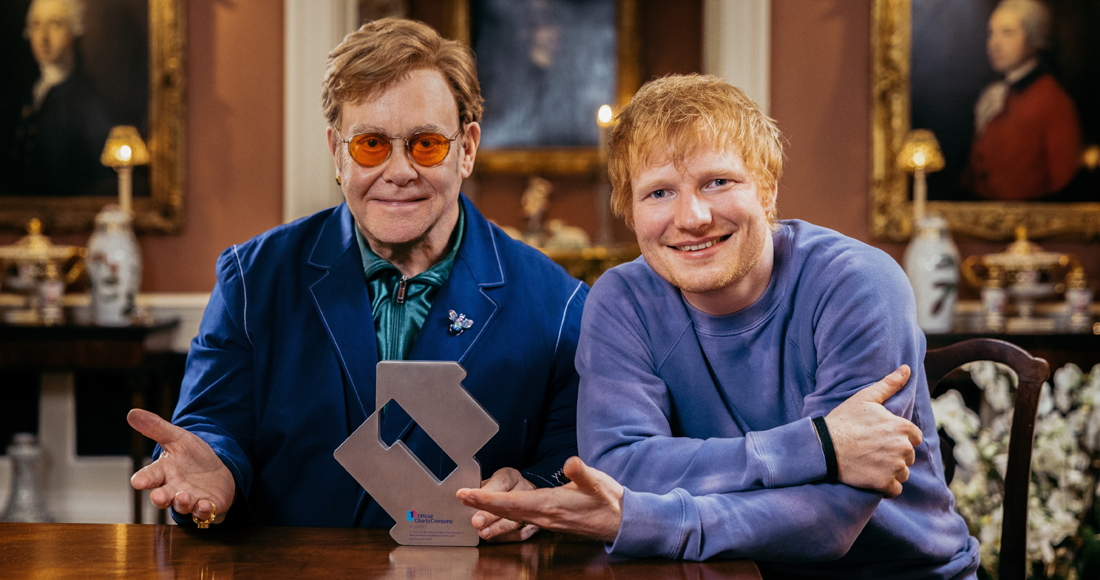 MORE: The UK's favourite Christmas Number 1 of all time revealed

Outside the Top 10,  Christmas songs are on the rise in anticipation of the big day next week. Andy Williams could reach a re-peak with his classic It’s The Most Wonderful Time Of The Year currently at Number 17.

Elsewhere, Kelly Clarkson and Ariana Grande are eyeing the Top 40 for the first time - a new peak for Santa Can’t You Hear Me could be on the cards (27).

And finally, it’s a British Christmas tradition to have charity singles enter the race for the Christmas Number 1, and this year is no exception. Debuting inside the Top 40 and hoping to go higher, the Have A Word Podcast are tracking to enter the Official Singles Chart at Number 39 with their charity single Laura’s Gone, featuring Finlay K.