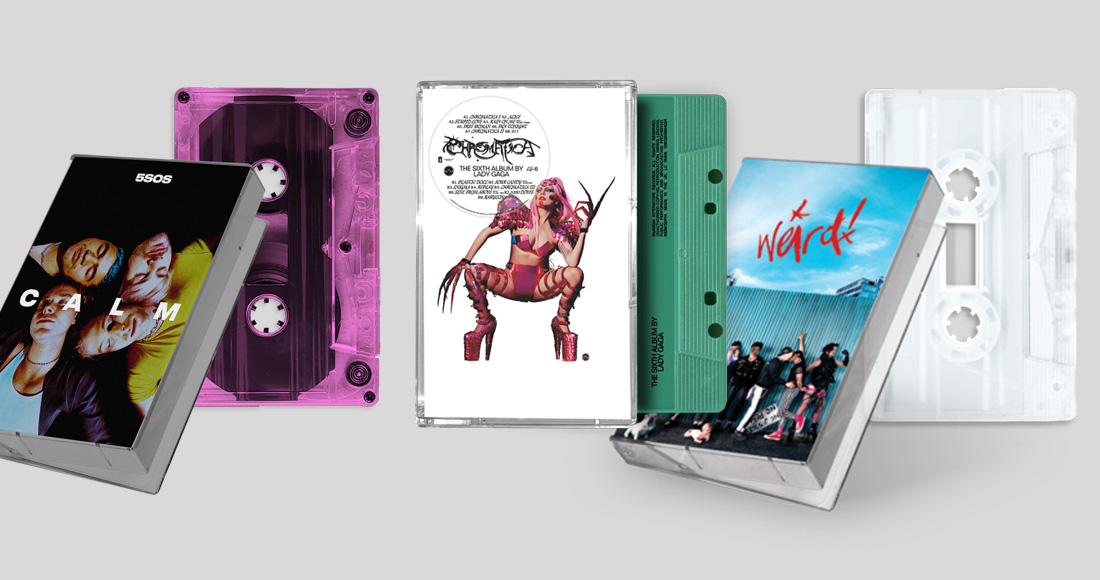 Cassette sales almost doubled in 2020 to their highest level in 17 years.

The unlikely revival of the humble cassette has been gathering pace since 2018, with sales steadily increasing as more artists release their latest albums on the retro format.

Sales on the format remain tiny in the context of the overall music market (around 0.2%), but the increase shows the cassette revival is far from over yet.

The UK's best-selling cassette of 2020 was Lady Gaga's Chromatica, which sold 14,000 copies on the format, according to Official Charts Company data. 8,600 of those were sold in its first week, when the record debuted at Number 1 on the Official Albums Chart with impressive opening week chart sales of 53,000.

5 Seconds Of Summer's latest album CALM finished 2020 close behind Gaga with 13,000 cassette sales, while Yungblud's Weird - a chart-topper in December - is in third on 7,700 sales.

The popularity of cassettes appears not to be limited to one particular genre, instead favouring acts who have harnessed a fanbase of avid collectors: albums by The 1975, Kylie Minogue, Haim, The Streets, Gorillaz, Michael Ball & Alfie Boe and AC/DC all appear in the top sellers of 2020.

The rise in cassette sales also demonstratees the fan appeal of music in tangible formats as a complement to streaming, which rose to new record highs in 2020. Drew Hill, MD Proper Music Distribution, said: "As we celebrate this streaming boom, it’s important we also remember the ongoing fan demand for something tangible, and recognise that streaming and physical music coexist quite happily."