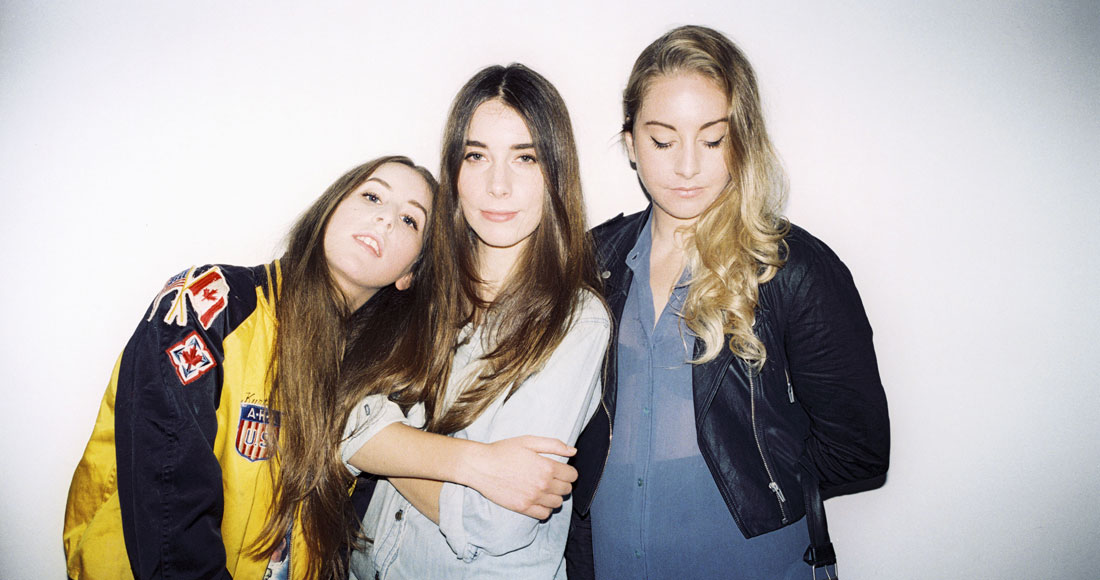 Haim are an American rock band from Los Angeles. Haim are made up of three sisters: Este Arielle Haim on bass guitar and vocals (born March 14, 1986), Danielle Sari Haim on vocals and guitar (born February 16, 1989) and Alana Mychal Haim on guitars, keyboards, and vocals (born December 15, 1991) were all born and raised in the San Fernando Valley, California. Haim grew up in a musical family, and began playing instruments from an early age in the cover band Rockinhaim, fronted by their parents, Moti and Donna. Haim topped the BBC’s Sound of 2013 poll and are two-time winners of Best International Act at the NME Awards. Their debut album Days Are Gone entered the album chart at Number one in October 2013.