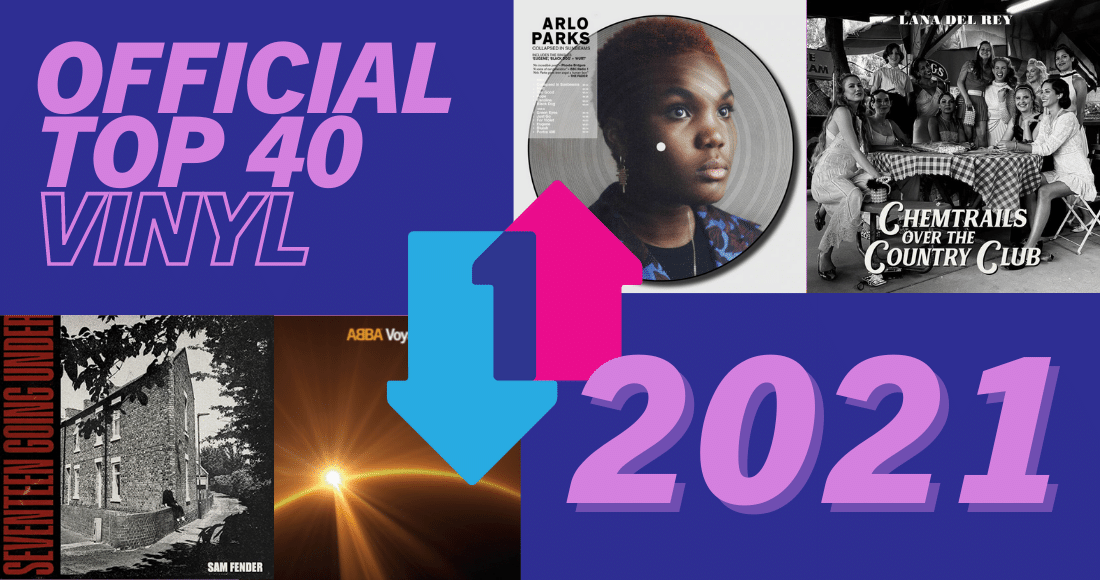 Vinyl sales in the UK were the highest for three decades in 2021, the Official Charts Company can confirm.

Despite challenges to both supply and production demand during the pandemic, vinyl sales have jumped up by 11%, to 5.3 million copies purchased last year. This is also the 14th consecutive year of growth for vinyl records.

The biggest vinyl album released in 2021 was Voyage by ABBA. The Swedish pop supergroup's first full-length release in nearly 40 years, Voyage comes out on top of our vinyl best sellers list, having sold over 40,000 copies on wax since its release last November.

Voyage instantly debuted at the top of the Official Albums Chart, powered by 90% physical copies. In its opening week ABBA's Voyage racked up 29,900 sales on vinyl, making it the fastest-selling vinyl release of the century, overtaking the 24,500 first-week vinyl sales of Arctic Monkeys’ Tranquility Base Hotel & Casino in 2018.

Not far behind in second place is Adele with 30. Her experimental fourth album sold 37,000 copies on vinyl in 2021 - with 16,700 of those coming from its record-breaking opening week.

Other popular 2021 releases to make the Vinyl Top 40 include Ed Sheeran's = in 4th place, while Lana Del Rey's Chemtrails Over The Country Club is in 8th position. It became Lana's fifth UK Number 1 in the UK, and at the time even saw her break a record for fastest-selling vinyl by a female act of the 21st century.

Coldplay's Music of the Spheres comes in at 13, Taylor Swift is at 20 with Red (Taylor's Version) and Olivia Rodrigo's massive debut album Sour is at 22.

The best-selling vinyl singles of 2021

2021 singles to make the list include Kylie Minogue and Dua Lipa's remix of the single Real Groove from Dua's 2054 live stream show (4) and ABBA's wistful comeback single I Still Have Faith In You (7).

You can keep tabs on the best-selling vinyl records of the week every week here on OfficialCharts.com via the Official Vinyl Albums Chart and Official Vinyl Singles Chart.