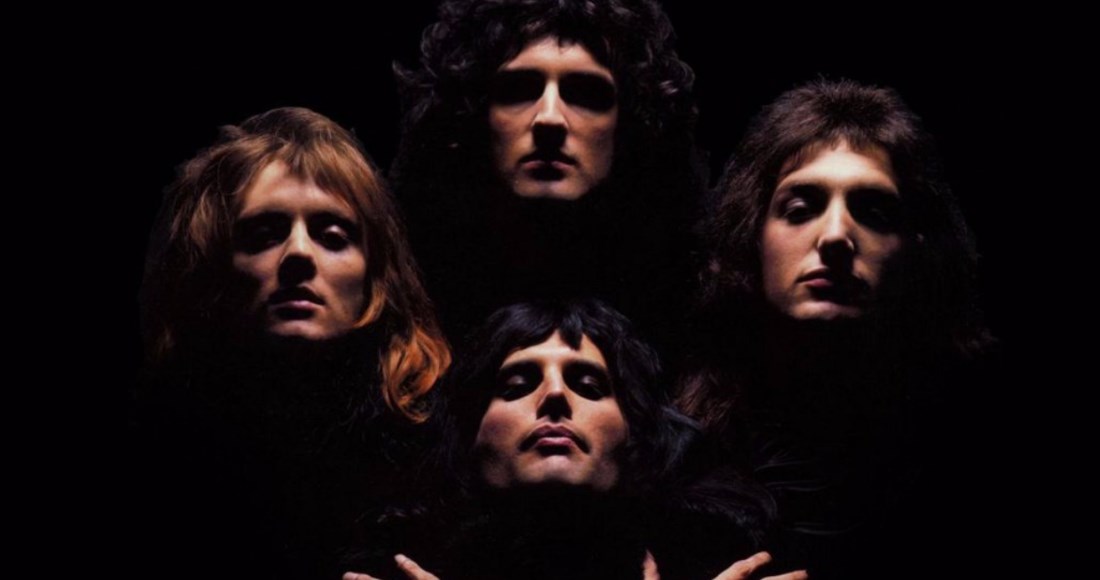 Queen celebrate their 50th birthday on July 18 on the golden anniversary of their first gig.

Brian May and Roger Taylor were part of the group's previous incarnation named Smile, but it was five decades ago today that they stepped out onto the stage at Imperial College London for their inaugural performance with new lead vocalist Freddie Mercury under their new royal moniker - Queen. John Deacon would later join as bassist in February 1971.

To mark their anniversary, Queen are the third band to be honoured by Royal Mail and will appear on UK postage stamps.

To commemorate half a century as a band, we present 50 incredible Official Chart facts about one of music's most legendary groups. Before we get into those, look back at Queen's complete Official UK chart history.

1. Queen have had six UK Number 1 singles, making them one of the most successful acts ever on the Official Singles Chart.

2. Six Number 1s puts Queen joint-seventh on the rankings of British bands with the most chart-topping hits.

4. Queen have scored nine UK Number 1 albums, the third most among British bands behind The Beatles and The Rolling Stones.

5. Queen are one of only 14 acts to claim nine chart-topping albums.

6. Queen’s Greatest Hits is the bestselling album in UK music history, with paid-for sales of 6.37 million as of July 2020.

7. Bragging rights - Greatest Hits is also the only album to sell over 6 million copies in the UK.

9. Queen are the only act to have the same version of a song be Christmas Number 1 twice. Bohemian Rhapsody first topped the charts in 1975 and returned to the Xmas top spot following Freddie Mercury’s death in December 1991.

10. Bohemian Rhapsody is the second bestselling Christmas Number 1 ever, with paid-for sales of 2.6 million.

11. Bo Rap is the third highest selling song ever, behind Elton John’s Candle in the Wind and Band Aid’s Do They Know It’s Christmas.

12. That makes Bohemian Rhapsody the bestselling song ever by a band.

14. Bohemian Rhapsody is also one of the longest-reigning Number 1 hits of all-time, tallying 14 weeks at the helm of the Official Singles Chart.

15. The legendary song is also the only one to top the charts in its own right, and then again as a double A-side. The 1991 re-release also had lead billing for These Are The Days Of Our Lives.

16. Bohemian Rhapsody curiously contains the song title of the track that replaced it at Number 1 - ABBA’s Mamma Mia at Number 1 in January 1976.

19. Oh go on then, here’s more about Bohemian Rhapsody – it has spent 30 weeks in the Official Chart Top 40, more than any other Queen song.

21. Freddie Mercury is the only person born in Zanzibar to top the UK’s Official Singles or Albums Charts.

24. Queen have had two Number 1 charity singles. The 1991 Bo Rap release saw proceeds go to the Terrence Higgins Trust, while 1993’s chart-topping Five Live EP with George Michael and Lisa Stansfield was in aid of the Mercury Phoenix Trust.

25. The Five Live EP is the most recent and one of only four EPs to go to Number 1 on the Official Singles Chart. The others are The Roussos Phenomenon EP by Demis Roussos from 1976, 1980’s The Special A.K.A. Live! EP from The Special A.K.A and Erasure’s Abba-esque EP form 1992.

26. Queen have peaked at every position on the Official Chart Top 10 except Number 4 and Number 8.

27. Queen have peaked at Numbers 1 and 2 more times than other positions, finishing up there six times a piece. See which Queen songs reached the runner-up spot.

28. Queen are the group the most Number 2 hits, tied with Boyzone and Oasis.

29. Aside from Numbers 1 and 2, Queen’s next most frequently visited position is Number 7, which they topped out at on four occasions with You’re My Best Friend, Another One Bites The Dust, One Vision and Breakthru.

31. We Will Rock You was originally just a B-side to We Are The Champions and wasn’t released as a proper single until Brian May and Roger Taylor teamed with boyband 5ive for a new version in 2000. The collab became Queen’s sixth Number 1.

33. Two Queen songs reached higher chart positions after being re-released. The first is Another One Bites The Dust; the 1998 collaborative version with Wyclef Jean and Pras & Free went to Number 5, two places higher than the original from 1980. The second is Tie Your Mother Down; originally a Number 31 hit in 1977, a double A-side re-release in 1998 with brand new song No One But You reached Number 13.

34. McFly are the only group chart higher with a Queen cover then the band themselves. Their version of Don’t Stop Me Now topped the charts in 2006.

35. Two other Queen hits covered by other acts have made it into the Top 10. G4 got to Number 9 with Bohemian Rhapsody in 2005, while Jedward reached Number 2 in 2010 with their mash-up of Under Pressure and Ice Ice Baby.

37. Despite its enduring appeal, Don’t Stop Me Now only spent one week in the Official Chart Top 10, peaking at Number 9 in March 1979.

38. Queen’s most downloaded studio album is A Night At The Opera, purchased digitally on 22,174 occasions in the UK.

39. A Night At The Opera is also Queen’s most streamed studio album, and fifth biggest overall.

40. The recent soundtrack to the Bohemian Rhapsody movie (effectively a greatest hits) is the band’s most streamed album, racking up 300k streaming equivalent units.

41. Queen have had 54 UK Top 40 singles, the third most among British groups behind The Shadows and Status Quo.

43. ABBA have also bumped Queen off the top of the Official Albums Chart as well. Arrival replaced A Day At The Races at Number 1 in January 1977.

44. More from Queen’s unofficial chart rivals ABBA – they blocked We Are The Champions from Number 1; it spent two weeks at Number 2 behind Name Of The Game.

45. Queen’s Greatest Hits is the best-selling hits collection of all time in the UK, and Greatest Hits II ranks third. It’s current paid-for sales are 4.07m as of July 2020.

46. Greatest Hits has spent 902 weeks on the Official Albums Chart Top 100, the third most ever behind ABBA’s Gold on 950 weeks and Bob Marley & The Wailers’ Legend with 934 weeks.

47. Bob Marley had Queen’s number back in the day too! Legend held off The Works from going to Number 1 in March 1984.

48. Queen have spent 21 weeks at Number 1 on both the Official Singles and Albums Charts.

49. Freddie Mercury is one of only 14 acts to score a UK Number 1 single following their death. Freddie claims two posthumous Number 1s for Bohemian Rhapsody/These Are The Days of Our Lives and solo single Living On My Own.